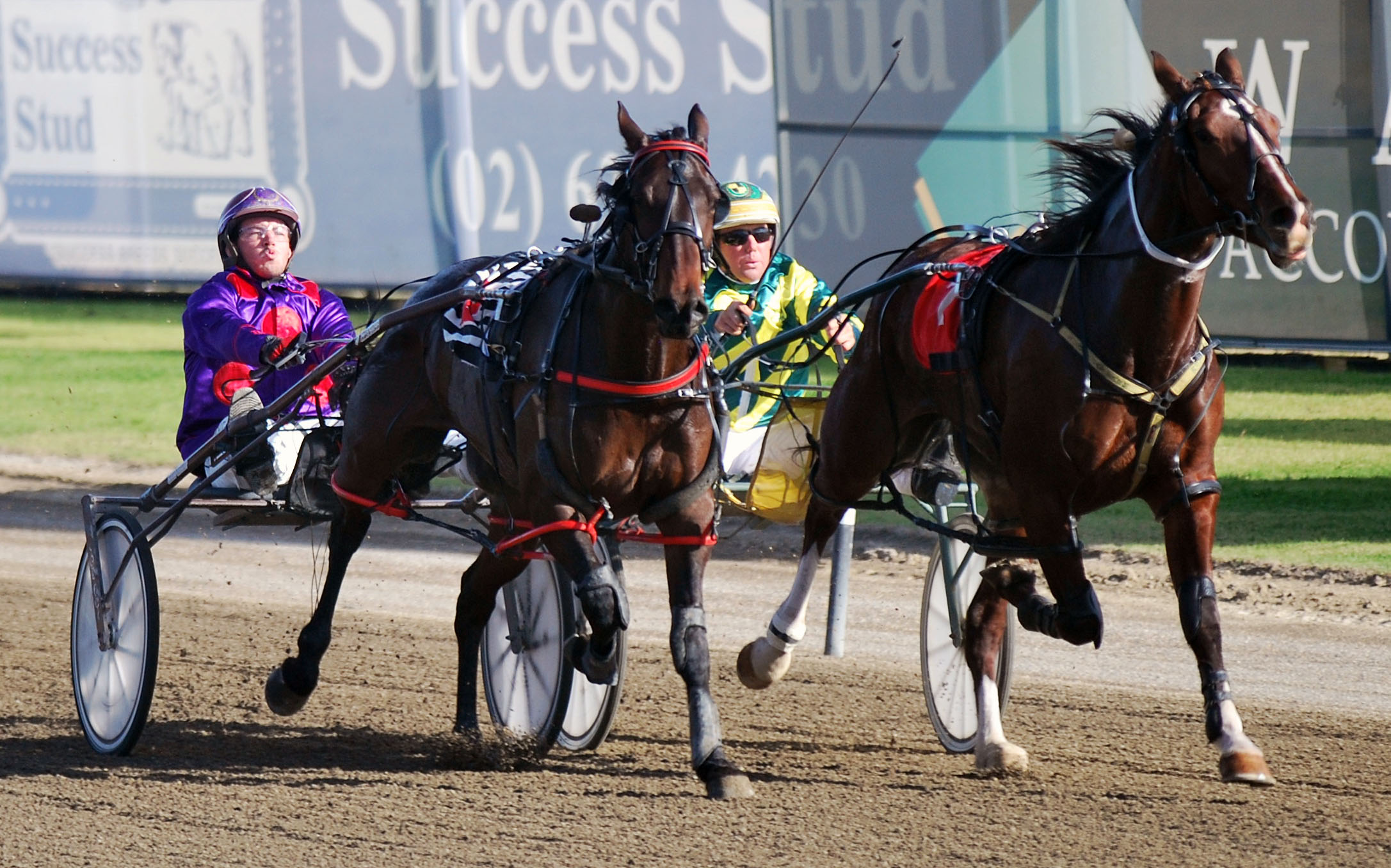 Hart4 Hewitt3 Penrith43
THE run of significant milestones being achieved by some of the state’s most promising young reinsmen has continued over the past week, which highlights...

THE run of significant milestones being achieved by some of the state’s most promising young reinsmen has continued over the past week, which highlights just how much talent exists in the New South Wales’ driving ranks.

Todd McCarthy flew out for the United States yesterday and a few months ago, Amanda Turnbull relocated to Victoria, which has left quite a void, given that both had consistently appeared near the top of the state drivers’ premierships for the past six years.

Yet there are several stars on the horizon who will benefit from their absence, seizing opportunities that will now come their way.

A week earlier at Parkes, Hewitt landed a winning double with Rock Fisherman and Bell Rover Boy, which he drove for Josh Turnbull to qualify for the Garrard’s RIO Meteor Gig Series Final.

Bell River Boy took out the final on Sunday while Hewitt’s third winner at Dubbo was two-year-old filly Infinity Beach, which is owned by prominent Bathurst businessman, Reg Morris in partnership with Cath Hewitt.

“It is always great to bring up milestones and currently I am enjoying my driving.,” said Doug

“Dad [Bernie Hewitt] sends Jason and I out west and we have had a good run of late.

“Rock Fisherman is one of my favourites in the stable, so I was pleased to achieve the half century with him, he is such a nice horse.”

Cameron Hart joined the growing list of young centurions on Tuesday afternoon when he combined with Jason Grimson to win aboard Arrokeefe at Tabcorp Park Menangle.

It was the 97th win in New South Wales for the hugely-talented reinsman but back in December, he added a further three winners to his tally in New Zealand when he drove in the Australasian Young Drivers Championship.

Hart will be chasing the century in his own state tonight at Penrith where he has a full book of drives.

He has already benefitted from McCarthy’s absence, picking up three drives for Kevin Pizzuto that would usually be partnered by Todd.

From his eight drives, the Rickie Alchin-trained Watts Up Sunshine appears to be Cameron’s best chance of success.

The gelding has won four from six outings and last start at Menangle rated an impressive 1.53.9 mile in scoring a comprehensive win.

Hewitt heads to Bathurst ‘Armed’ and r...
Jason gunning for a treble
Making it in the Big Smoke
Jimmy’s ready for a busy night
About author