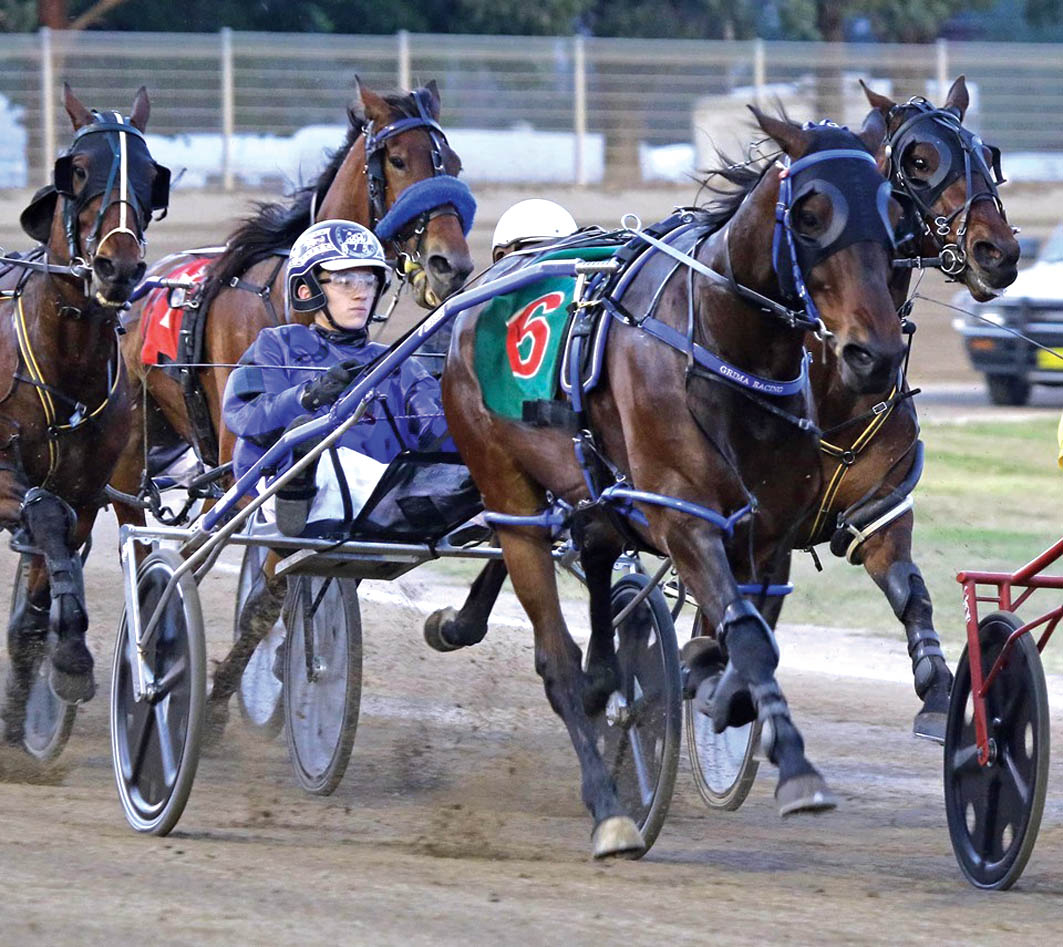 AT AN age when most are worried about clothes, parties or computer games, Seaton Grima is building an empire. The impressive 16-year-old is already...

AT AN age when most are worried about clothes, parties or computer games, Seaton Grima is building an empire.

The impressive 16-year-old is already in his third year as an apprentice cabinet maker with an ambition to become qualified before he can vote!

As worthy a career path as that sounds, being a cabinet maker is Grima’s “back-up plan”.

Grima’s first choice is to forge a life in harness racing as a trainer-driver.

And Grima’s not planning to be just any trainer or driver, but rather a combination of John and Todd McCarthy.

“I’d like to be a full-time trainer and driver in harness racing,” Grima said. “First I will finish by apprenticeship and then start working on building a team of horses.

“Being in harness racing is what I want in life, with working as a cabinet maker my back-up plan…something to fall back on.

Working his way through the pony trot circuit, Grima wrote a social media post highlighting his desire to find a suitable horse to partner during his trial driving ‘apprenticeship’.

Enter recently-retired gelding All About Art.

Having noticed Grima’s message, connections offered All About Art, which had been retired for three months, to the budding horseman as the ideal pacer from which he can learn.

Completing his trial drives with the son of Art Major, Grima then made his racing debut behind All About Art, with the pair coming close to a fairytale beginning when second in Penrith.

Unplaced during their next outing, All About Art and Grima made their way into the winners’ circle in Penrith last night – the youngster’s third drive.

Scoring from Hes Perfectly Ideal and Got The Scoop, All About Art rated 1:57.5 over 1720 metres.

“I was confident he’d go close as he likes to be up front and from a good draw he had a good chance,” said trainer Joe Conolly, who has prepared All About Art since the 11-year-old was gifted to Grima last year.

“With his main danger off the second row I felt as long as Seaton stays in front of him he will take a lot of beating.

“He had to do a bit of work early but he just keeps giving…he likes to grind.”

“I will nominate him for a P J Hall Memorial heat in Penrith next week and hopefully he can get a run.”