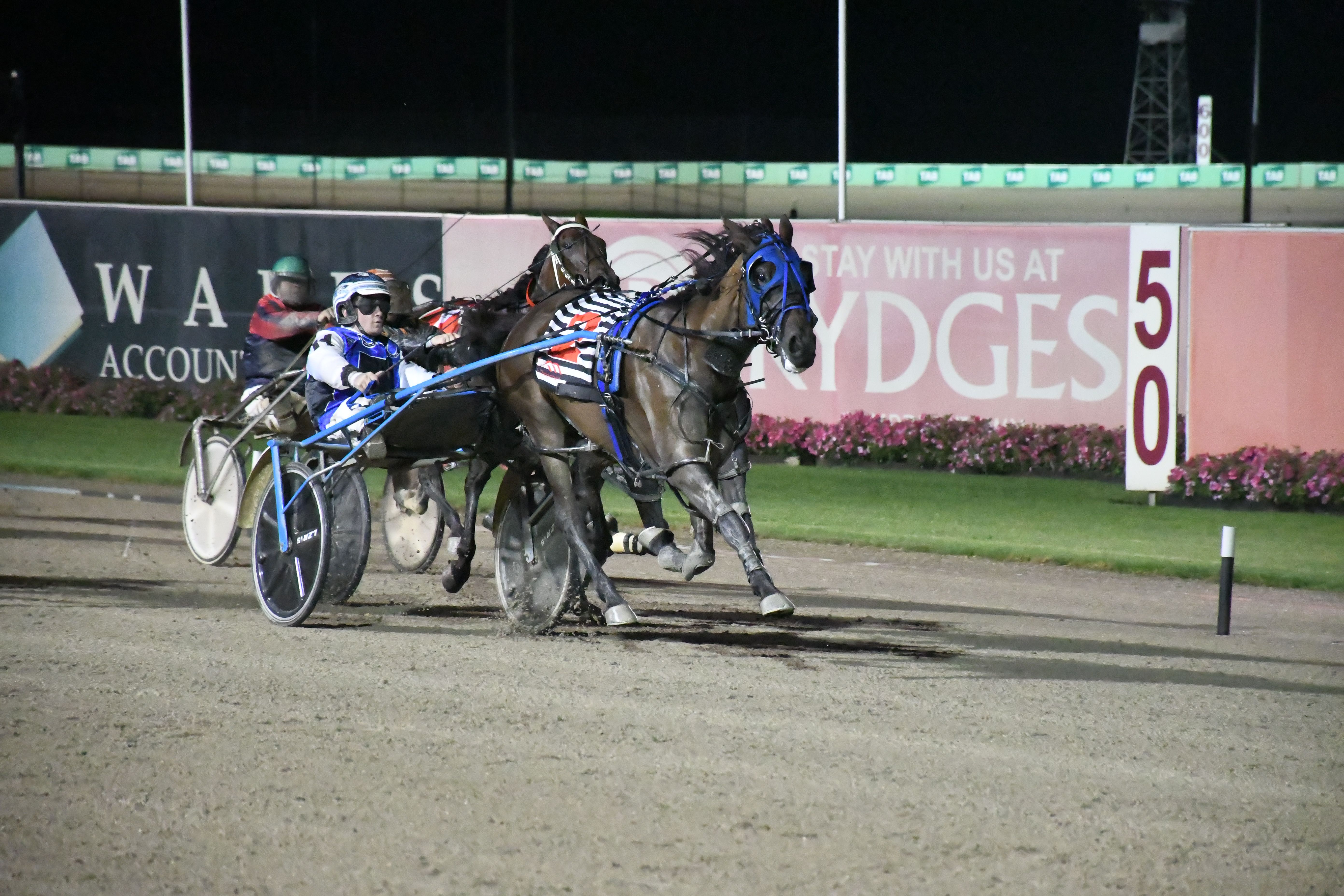 Torque To The Max and Jonah Hutchinson score at Menangle.

Young talent getting a chance to shine

Jonah Hutchinson1 Penrith27
THE line-up of young talent in the harness racing ranks in NSW has never looked brighter. If there is one thing regionalisation of the...

THE line-up of young talent in the harness racing ranks in NSW has never looked brighter.

If there is one thing regionalisation of the sport has done in recent weeks, it has given some of our younger drivers the chance to shine.

And the results have been quite stunning with the likes of Blake Hughes and his brother Jake, Tom Ison, Jack Callaghan, Brad Elder and Amy Rees driving multiple winners – often on the same program.

Even the metro region can boast some impressive young drivers with the likes of Cameron and Ashley Hart, Sean Grayling, Ellen, Will and Hannah Rixon, Leonard Cain, Steph Lippiatt and one of the latest to hit his straps in the city, Jonah Hutchinson.

The former Queenslander is beginning to make a name for himself on the Sydney scene and heads for Penrith tonight with several good chances.

Hutchinson will take on four of our other young guns in Race 2 when he partners The Maldives for Ian Wilson.

The pair come up against Ellen and Hannah Rixon as well as Ash Hart and Nathan Xuereb in what should be one of the best races of the night.

A veteran of 133 starts, The Maldives has not saluted the judge since scoring at Menangle in August last year but loves Penrith where he has scored seven of his 13 wins and looks a strong each-way chance.

Hutchinson will fancy his chances with another veteran gelding, Ashkii in Race 4 after coming up with an ideal draw in gate one.

Hutchinson recently bought the Elsu-bred gelding to add to his small team of pacers.

Ashkii was also a recent Penrith winner when trained by Craig Cross and Hutchinson will be looking to improve on a first-up eighth to Makoa at Menangle.

Hutchinson has given consistent mare Im Sandy Bay plenty of time to find her feet since bringing her down from Queensland and she will have just her second ‘southern’ start when she tackles Race 6.

Im Sandy Bay’s only two wins have been at Redcliffe, which might suggest Penrith should suit her perfectly.

Hutchinson’s best chance on the night appears to be in Race 7 where he will drive another of his team, Torque To The Max, who has been installed a $3.75 favourite in early markets.

A winner at Menangle three weeks ago, Torque To The Max follows out the likely leader in Pageantry, who has shown good gate speed in recent starts and should ensure Hutchinson is there turning for home.