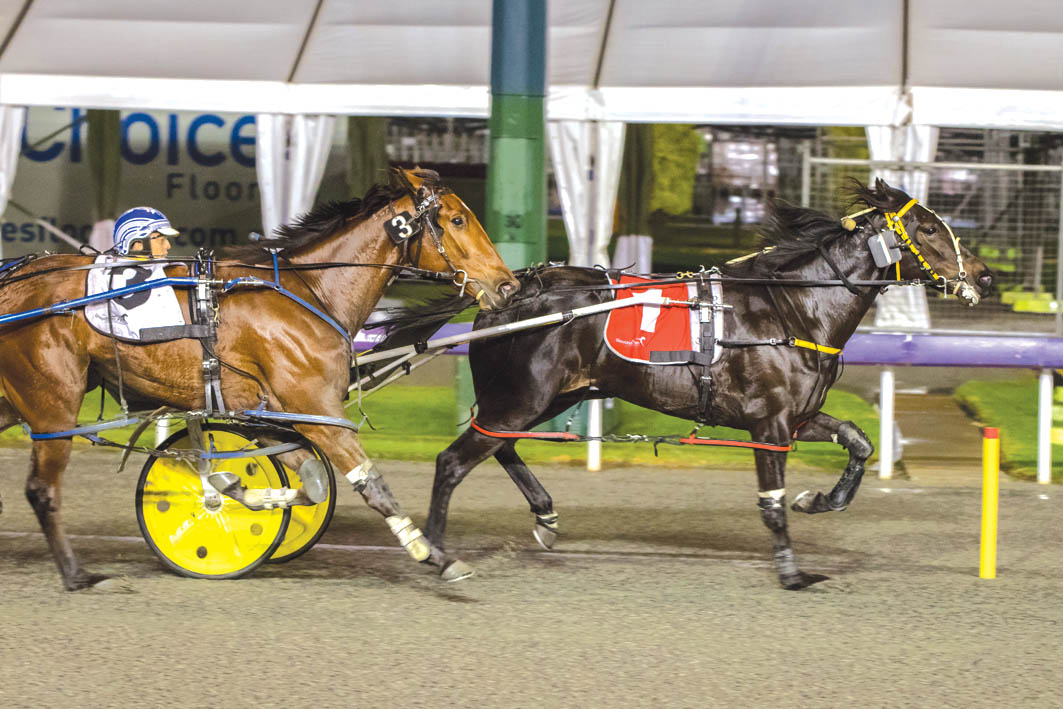 WITH a vacancy open for a star in the family, Bletchley Park has an opportunity to fill part of the void at Gloucester Park...

WITH a vacancy open for a star in the family, Bletchley Park has an opportunity to fill part of the void at Gloucester Park on Friday night.

By American Ideal from broodmare gem Alldatglittersisgold, Bletchley Park is a brother to multiple Group One winner Bling It On.

Following a lack lustre performance at Menangle last weekend, Bling It On was retired with a record of 45 wins and 20 placings from 86 starts.

Bling It On’s emergence as a future topliner began as his Miracle Mile winning half-sister, Baby Bling, was in the twilight of her career.

Already building a formidable record of four victories and a third from five starts, the Australian Pacing Gold purchase is a solid chance of joining his older siblings as a Group One winner.

The Mike Reed-trained two-year-old is engaged in the Pearl Classic, where he has drawn to figure prominently from barrier three.

“The draw is pretty good, but I would swap it for the pole if I could,” Reed said. “He hasn’t really been chased out of the gate yet, and has come out on his own so far, but he will go forward at the start of the Pearl Classic.

“We will see if he can find the front or slot into nice spot.

“If he is driven it a sit and looking to sprint home we’ll have to hope the speed is on, which I think it will be.”

Reed rates Franco Edward, which has drawn perfectly in the pole, as the one to beat in the $100,000 feature.

Also by American Ideal, the colt was runner-up upon debut last March before being given a short spell and returning with two eye-catching wins.

“Franco Edward has looked pretty good so far and he has the draw on his side,” Reed said.