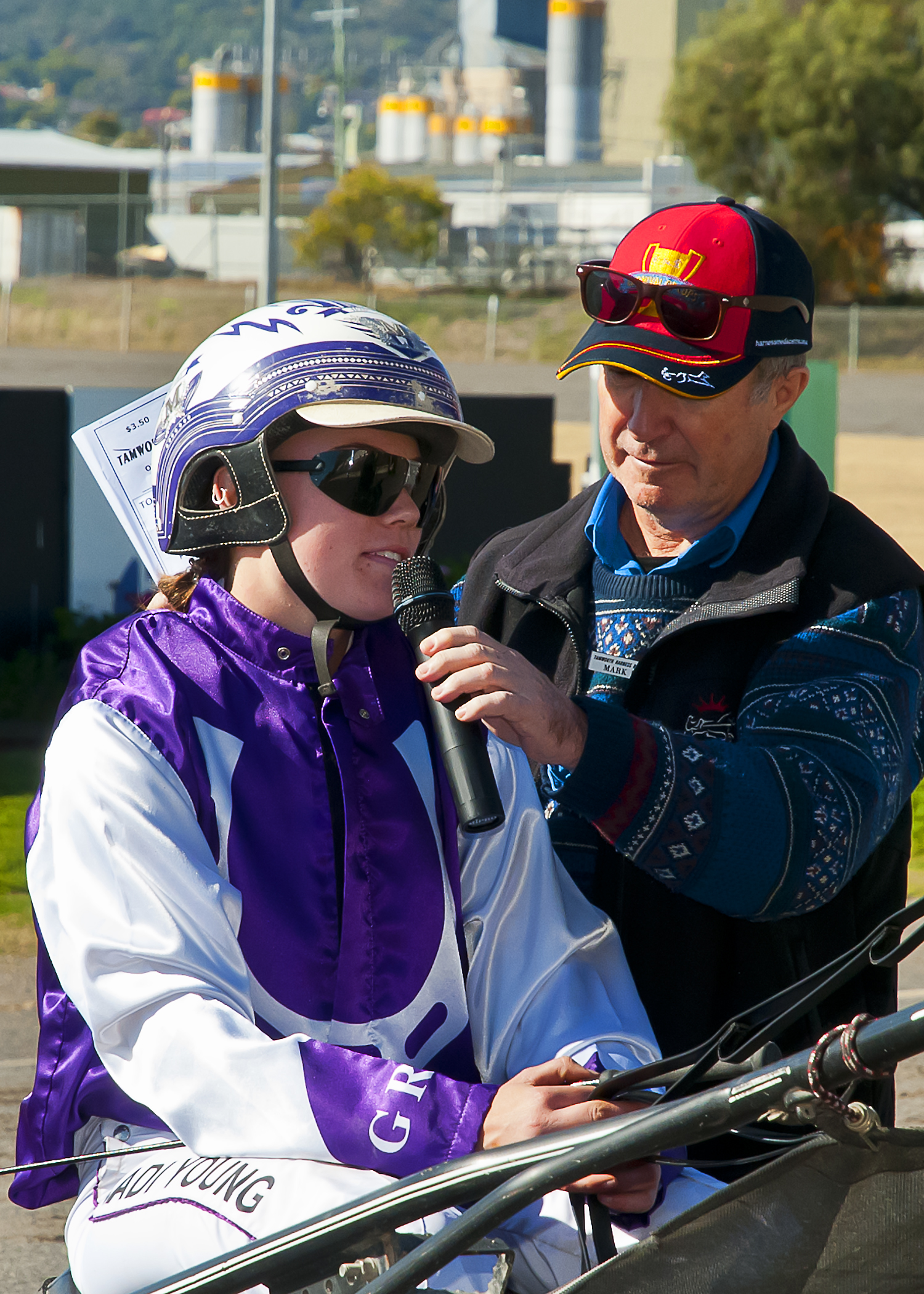 YOUNG’S CLOCKING UP THE ‘K’S’

driver5 madi Young1 NSW14 Tamworth21
MADI Young is a girl on a mission. The former resident of Nowra on the South Coast is now stationed close to Menangle Park...

MADI Young is a girl on a mission.

The former resident of Nowra on the South Coast is now stationed close to Menangle Park while she works with the KerryAnn Turner and Robbie Morris stables. 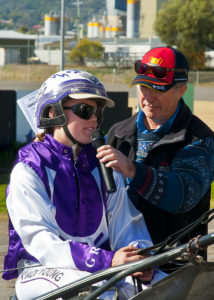 HARD WORK PAYING OFF: Madi Young is interviewed after her Tamworth win.

“I have been here for about a month now and it is certainly different coming from working eight horses at home to nearly 50 here but it’s good – you do trackwork every day with different horses,” she said.

Until recently Madi Young was working with her stepfather Greg Coney racing around the state with success but is now in the process of concentrating on furthering her knowledge.

Last Friday Young took time out of her Sydney-based position to help Coney by taking the reins at the Tamworth meeting where he had two runners – Jetawayjo and Shark An Furious.

Jetawayjo claimed victory in the opening event – the PeterMac Photography Pace – after leading all the way and finishing off the 1980m journey with a seven-metre win over Bold And Famous (Anthony Varga) with Magic Ivy (Jess Dart) 5.3m away third.

“She was quite lazy in her run at Tamworth but nothing was taking her on,” said Young of Jetawayjo.

“But I knew as soon as I held the lead she was almost unbeatable.”

Jetawayjo has only had a handful of starts for Coney after crossing the border from Victoria and made full use of the pole barrier draw at Tamworth.

“She has done a good job for us,” said Young with Jetawayjo also notching an earlier win in Canberra in June.

Come Sunday Young and Coney were at the Parkes meeting with the same two pacers with Shark An Furious scoring a win in the Parkes Leagues Club Pace – an improvement on her fourth placing at Tamworth.

In similar winning style to Runawayjo at Tamworth, Shark An Furious went straight to the lead from the three barrier with an all-the-way win in the 1660m event.

“As soon as she hit the lead she was right,” said Young of the Four Starzzz Shark-Safe Fury three-year-old filly, who was clocking up her third win since joining the Greg Coney stables in April this year.

The previous wins were at Canberra in May and Penrith in June.

“She goes best when she’s in front – especially over the mile . . . and we are lucky she has good gate speed.”

Shark An Furious held on for a 3.8m win over Battle Chimes (Emma Turnbull) with Pay Me Way (Angela Hedges) another 8.5m away third.

“I didn’t mind the two-day turnaround – we got a win at Tamworth and one at Parkes so can’t complain,” she said.

Young learned her trade on the smaller tracks and likes the country racing and “tighter turns” but it is all now a whole new ball game learning how to handle the Menangle Paceway.

Madi Young recently contested the NSW Rising Star Series and would “go back again if invited.”

“It was good driving different horses and meeting new people – it’s a real social event and you get different points of view and it’s a good way to gain more experience,” she said.

For now though Madi Young has made the return to her Sydney base and is ready for her busy work schedule.

“It is good to work with these good trainers – I have had a few drives for KerryAnn and Robbie and I really appreciate that – they are giving me a chance,” she said.