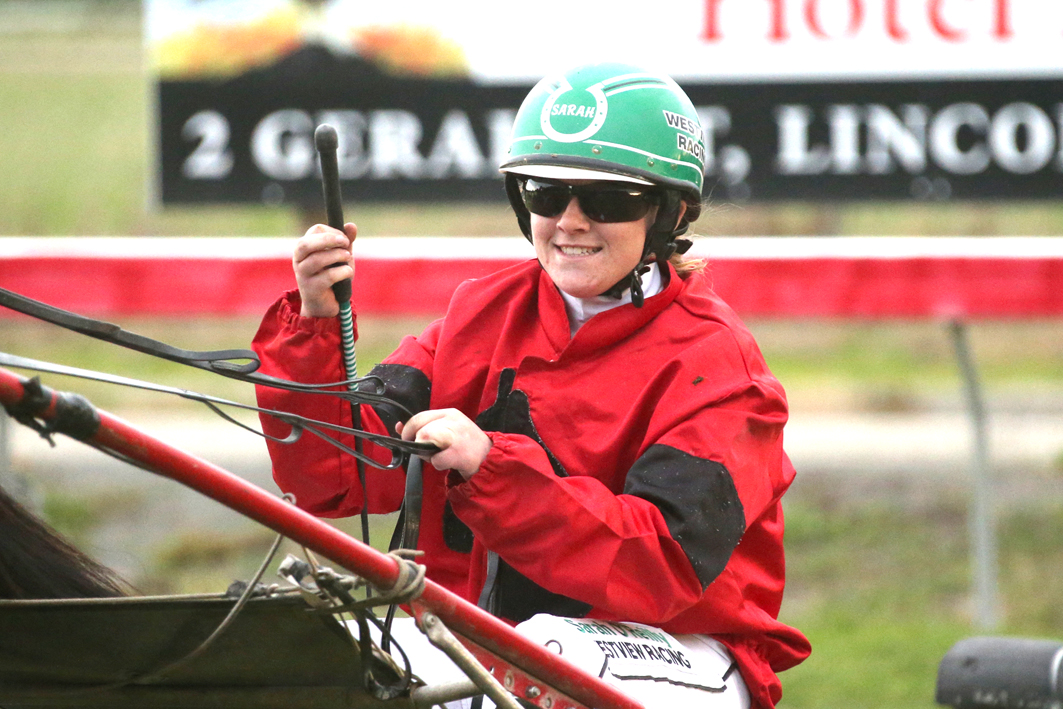 IT TOOK a few months, and more drives than she would have liked, but Sarah O’Reilly is resting easy this week knowing that one...

IT TOOK a few months, and more drives than she would have liked, but Sarah O’Reilly is resting easy this week knowing that one of the biggest challenges in her short driving career is now behind her.

After 72 attempts the quietly-spoken youngster notched her first win at Motukarara on Sunday when she found the perfect gap to push through with Highland Reign in the final race of the day.

And in her succinct sort of way, the Kidz Kartz graduate was pretty chuffed.

“It felt pretty good, especially after taking a while to come,” O’Reilly said.

While trying not to focus too much on it and adding pressure on her shoulders, O’Reilly said she’s just been trying to get as much experience as she can, while also acknowledging the assistance of some well-credentialed mentors.

To borrow a racing phrase, O’Reilly doesn’t lack for anything in the bloodlines department.

Her father is well-regarded horseman Gerard O’Reilly, while she’s also been able to call on the skills and expertise of her uncles, Patrick, Kerry and Leo , plus the added experience of her employer, Bruce Negus.

“Dad’s been great and has made sure I wasn’t worrying about it too much and just letting it happen,” O’Reilly explained

“But we have this new mentor system now too, and my mentor is Sam Ottley and she’s been great helping me out with pre-race plans and doing form and everything like that. I’ve been pretty lucky.”

Breaking her maiden with a horse trained by Negus made the win all the more special according to O’Reilly.

“Bruce is fantastic,” O’Reilly declared. “He’s never put any pressure on me, but allowed me to drive a heap of his horses and not been too worried about the result.