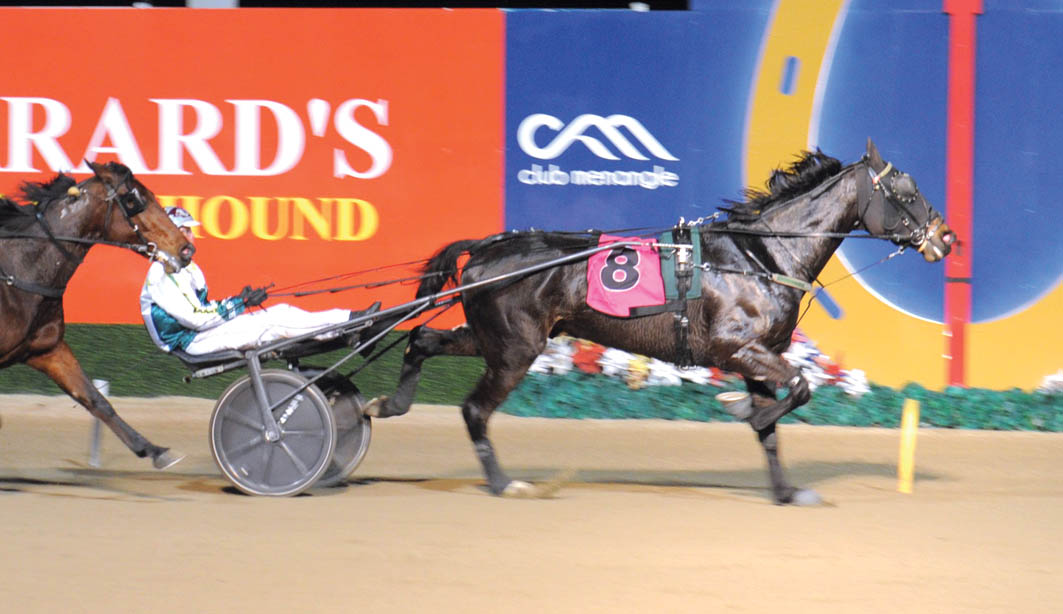 AMBITIOUS plans have been set for promising trotter Caligula. Successful at Club Menangle during the weekend, Caligula stretched his record for the season to...

AMBITIOUS plans have been set for promising trotter Caligula.

Successful at Club Menangle during the weekend, Caligula stretched his record for the season to four wins and two fourths from six starts.

Confident the son of Majestic Son can continue to make his way through the grades, trainer Blake Fitzpatrick has set his sights on the Inter Dominion.

The first round of heats for the time-honoured Championship are scheduled to be conducted at Club Menangle on November 27,  with the Final to be run at the world-class venue on December 11.

“Long term I am looking at the Inter Dominion with him,” Fitzpatrick said.

“He’s building up a pretty good record and everything he has done suggests he can get to that level as the year goes on.

“It’s still a long way off, but that’s the direction I am heading with him.”

Driven by Jack Trainor during his latest triumph, Caligula worked to the lead from barrier eight as Monaro Miss was eased to take a trail.

Proving too slick along the home straight, the squaregaiter cruised to a three-and-a-half metre win from Monaro Miss, with Royal Glenferrie seven-and-a-half metres away third.

“Jack said once he got to the front he relaxed perfectly and had plenty left on the line.”

Covering the mile in 1:54.4, Caligula provided Trainor with the third leg of a quartet.

Winning half the races on the card, Trainor was also victorious with The Stunning Nun, Jimmy Locke and Beau Cishlom.