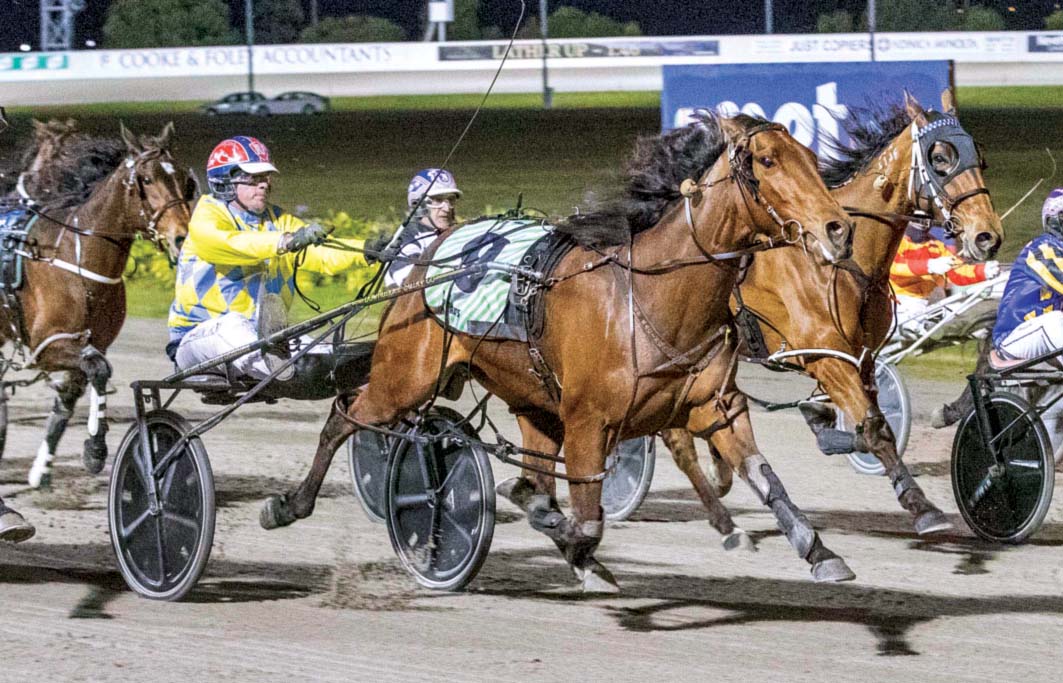 Thrilled with Enchanted Stride’s latest success in The Tailamade Lombo, trainer David Miles stated the five-year-old has earned her shot at the “three sister features”.

“The mares’ races which are on next month is where I will head with her next,” Miles said.

“She’s a quality mare which has proven herself competitive against the best of her sex and deserves a shot at those better races.

“The first of the three sister features is still four weeks away, so I’ll most likely find a suitable race in between to keep her sharp.

“She only needs an ounce of luck in any of those races to come away with a win.”

With Rodney Petroff deputising in the sulky for the injured Miles, Enchanted Stride was settled two-back along the pegs from the inside of the second row as Diamond Party led from barrier three.

Brilliantly extradited from the pegs and weaved through traffic to be four-wide around the final bend, the daughter of Bettors Delight sprinted to a metre-and-a-half win from Itzamajor Surprise.

“It was a great run and a terrific steer from Rodney,” Miles said. “I was very pleased with the way she finished off once balanced up at the top of the home straight.”