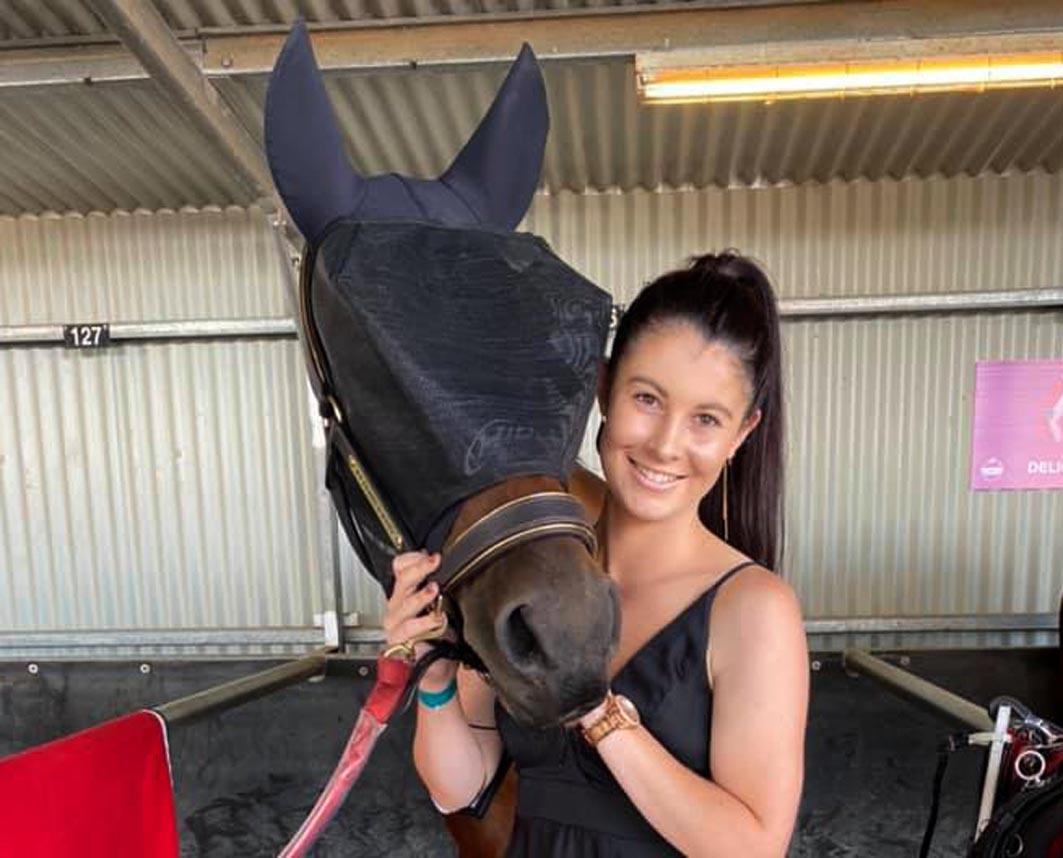 Decision was never in doubt

THERE was never any question as to which of the John Nicholson-trained stablemates Michelle Phillips would put her hand up to drive in the...

THERE was never any question as to which of the John Nicholson-trained stablemates Michelle Phillips would put her hand up to drive in the Group Two Australian Pacing Gold Consolation Final in Melton tomorrow night.

The reinswoman will sit behind her favourite Sebs Choice, with Craig Demmler to jump into the sulky behind the only runner off the second row Alby Two Chains.

“There was never a doubt, which horse I would drive,” Phillips said of the son of Bettors Delight, which gave her the highlight of her relatively short career by winning her hometown Warragul Pacing Cup.

The gelding served notice he would be one of the main hopes in the APG Consolation when he fought on bravely to finish fourth behind Beyond Delight after sitting parked in a heat in Ballarat last week.

“He did it tough in the heat, doing a fair bit of work in a pegs dominated race,” Phillips said. “He wasn’t far away from some awesome horses at Ballarat.”

Phillips believes Sebs Choice has an edge over the $1.40 favorite Beach Music, which was first up from a spell in her heat.

“He has race fitness on his side over Beach Music,” Phillips said. “And showed how good he is when he went 1:53 sitting parked in winning his APG heat as a three-year-old last year. There is no doubting this horse.”

Bookmakers expect Beach Music to derive plenty of benefit from her first-up outing since finishing midfield behind champion filly Ladies In Red in the Vicbred Super Series Final for three-year-old fillies in Melton on New Year’s Eve.

But she will need to be up for the fight, with Phillips revealing she was likely to chance her arm at the start of the 1720-metre sprint trip.

“Beach Music didn’t come out all that quick in her heat while Sebs Choice has got early speed,” Phillips said. “So we will go forward at the start and hopefully find the lead.”

Plenty of reasons to Feelgood
Anything you can do, I can do better!
Long spell for undefeated freshman
Time to break ‘close but no cigar’ cyc...
About author