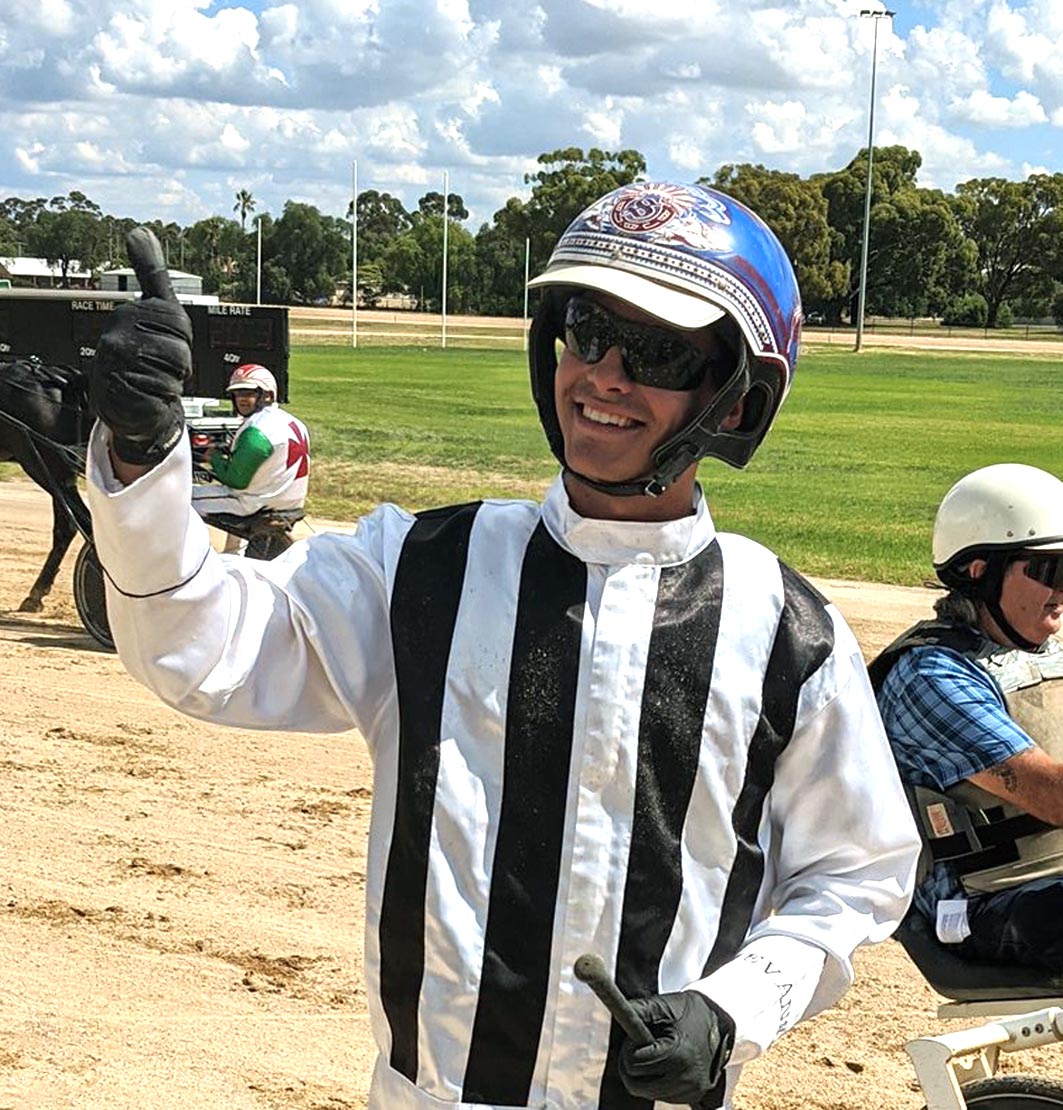 Emotions at a premium after Cup victory

EMOTIONS were at a premium following yesterday’s Wedderburn Trotters’ Cup.

Preparing the quinella in the 2955-metre stand, McNaulty scored with well-performed squaregaiter, Chissy, which is named in honour of his great uncle, the late Alan ‘Chissy’ Chisholm.

“My old man (Noel) grew up in Wedderburn, so the family roots are very much there for it to be a home town win,” McNaulty said.

“Chissy was Dad’s uncle and one of the main influences in getting him into the trots and was a life member of Wedderburn and St Arnaud as he lived between the two, so it’s pretty special to win this race with a horse named after him.”

Adding to the Chissy moment is winning reinsman Ryan Sanderson wore the colour of Frank Evans, who died last week.

“When I first started with my trainer’s licence I was living in St Arnuad and had a couple of horses at Frank’s stable,” McNaulty said.

“Frank is the one who got my brother Shaun and I hooked on trotters!”

Finishing strongly along the outside of the home straight, Chissy scored by a head from his stablemate and defending champion, Travel Bug.

“Chissy is Nick Youngson’s grandfather and Nick trained Danny Bouchea, which is the sire of the trotting Chissy… he’s got a long of connection to Wedderburn!”