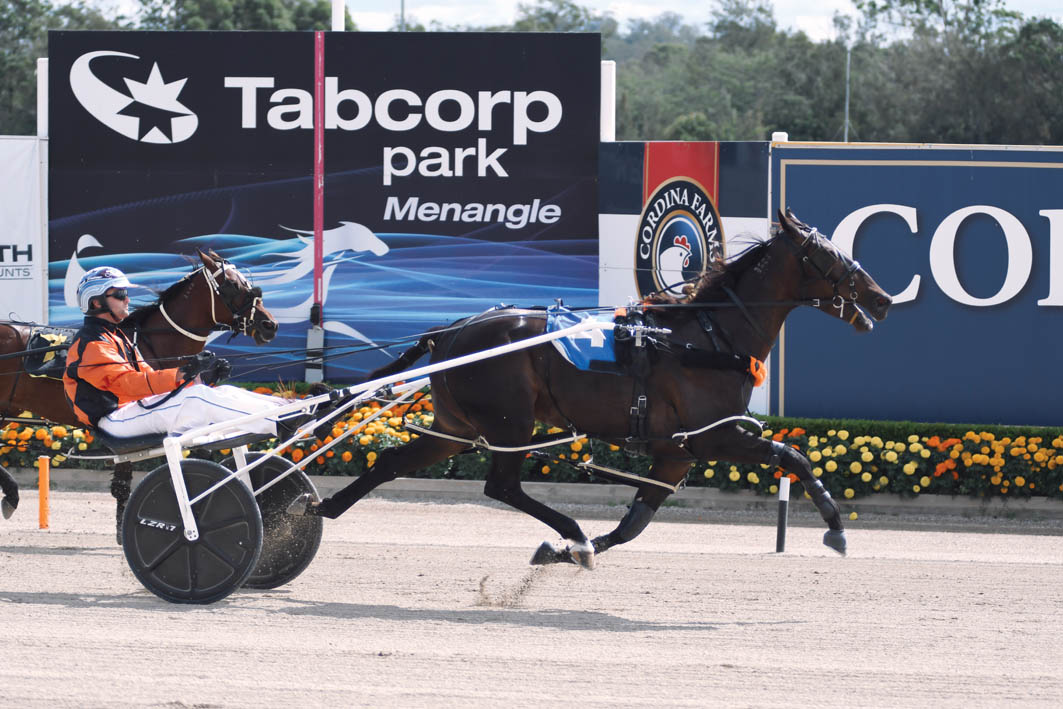 Group One a drop in class for rising star!

APPRECIATING the drop in grade, rising star Anntonia is expected to add another major to her ever-growing tally during the weekend. Recently competing against...

APPRECIATING the drop in grade, rising star Anntonia is expected to add another major to her ever-growing tally during the weekend.

Recently competing against the nation’s best open class mares, the four-year-old returned to age-restricted racing on Sunday to capture a Riverina Championship heat in Wagga.

As such the David Thorn-trained pacer secured a berth in Saturday night’s Group One Final at the same venue.

Anntonia’s record sits at 14 wins and seven placings from 25 starts, with the four unplaced outings a result of having no luck against the aged mares.

“I had to keep her ticking over, which is why I tested her against the free-for-all mares,” Thorn said. “She didn’t have any luck in those races, but took no harm from them either.

“It is a pretty big drop in class coming back to her age so to speak.

“Although it is a race for four and five-year-olds, you still don’t have those really toughened, seasoned mares in it.”

Coming from barrier 12 in her qualifier, Anntonia will have to repeat the dose in the $100,000 decider.

Despite the early obstacle, the daughter of Bettors Delight is a $1.28 favourite with TAB Fixed Odds.

Yarraman Bella is the only other runner under double figures at $9 from gate eight.

“We knew before we started she would draw badly because of the preferential conditions, but it’s not as bad as you think as the main dangers have also drawn poorly,” Thorn said.

“I’d never been to the track before the heat a few days ago and it looks like you can come from the back and get your chance.

“As long as she doesn’t get caught up in traffic she will be hard to beat.”

Modest plans for promising mare
All Hail Caesar looks the part as he scores for Mi...
Out to break drought
Upset win no shock to connections
About author