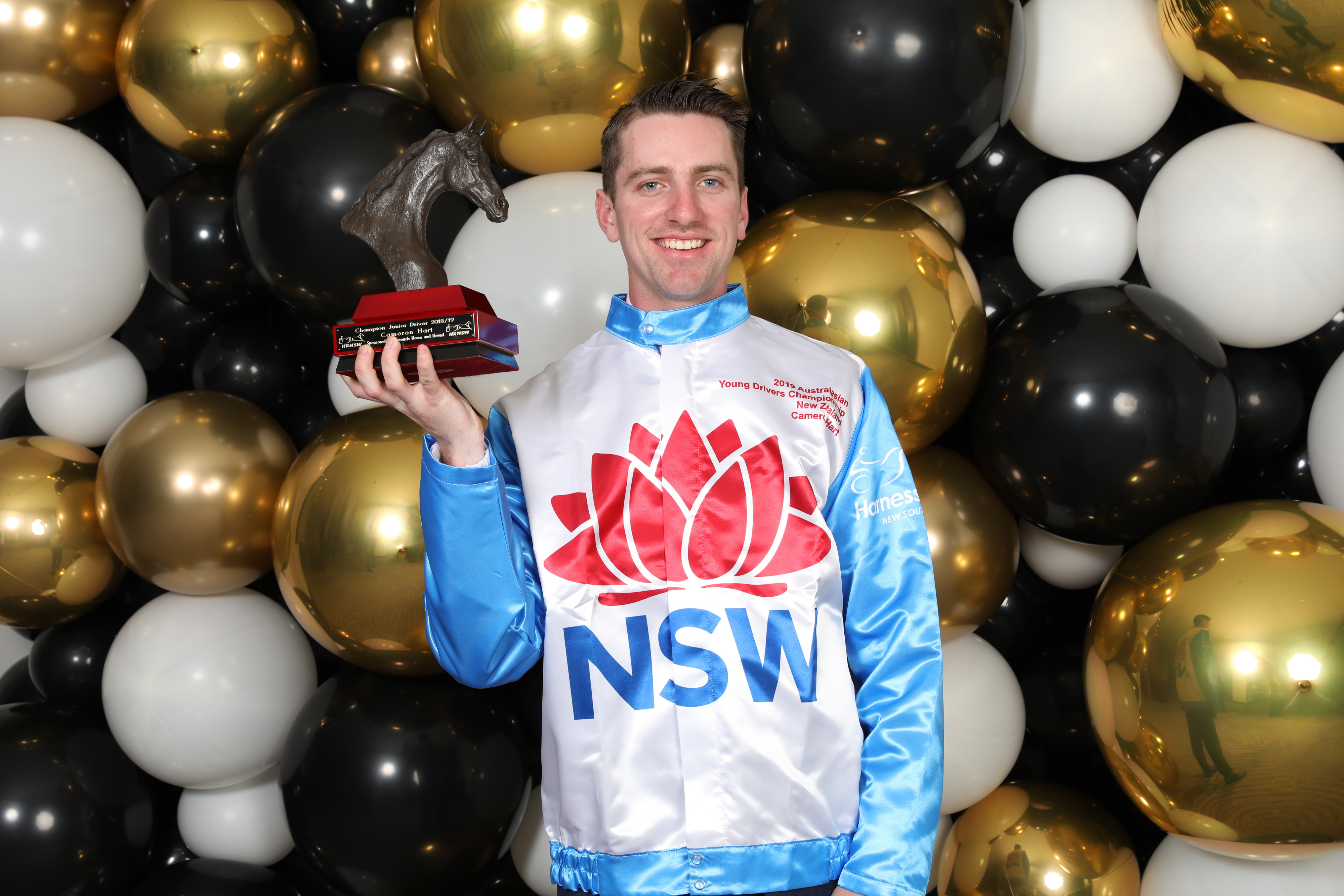 Heading close to home for yesterday’s Wagga meeting, Hart registered his initial Group One win in a Riverina Championship.

Hart gained a ‘catch’ drive behind Techys Angel, which blitzed her rivals in the Final for four and five-year-old mares.

“I’m rapt,” Hart declared. “To win my first Group One is a pretty special feeling.

“I’m from Junee, which is about 20 minutes from Wagga, but my family is still around so they were on track to watch the race.

“Having them there made it all the more special.”

Runner-up in her heat after galloping at the start and losing a conservative 30 metres, Techys Angel was on her best behaviour in the decider.

After working forward to find the lead from barrier five, the daughter of Alta Christiano was allowed to roll along at a steady pace as her stablemate Maajida was forced to work overtime in the ‘death seat’.

Covering the third quarter in a breath taking 26.1 seconds, Techys Angel sprinted clear of the pack to complete a 14-metre win from a gallant Maajida, with Myra Dawn six metres away third.

“Her run in the heat was huge after she missed away and I felt if she did everything right she was close to unbeatable,” Hart said.

“I was hoping to get in front of her main dangers early, and once she did that, I felt she had the race won.”

Ironically Beetson was also driven by Hart when he set the mark!

“I’ve had a bit of luck when returning to Wagga,” Hart said. “Before yesterday my biggest win was a Group Two with Western Secret, which was in Wagga in 2019.”

Continuing to defy the odds
Is the Australasian record in trouble?
One of the all-time greats honoured
Win revives memory of ill-fated rising star
About author