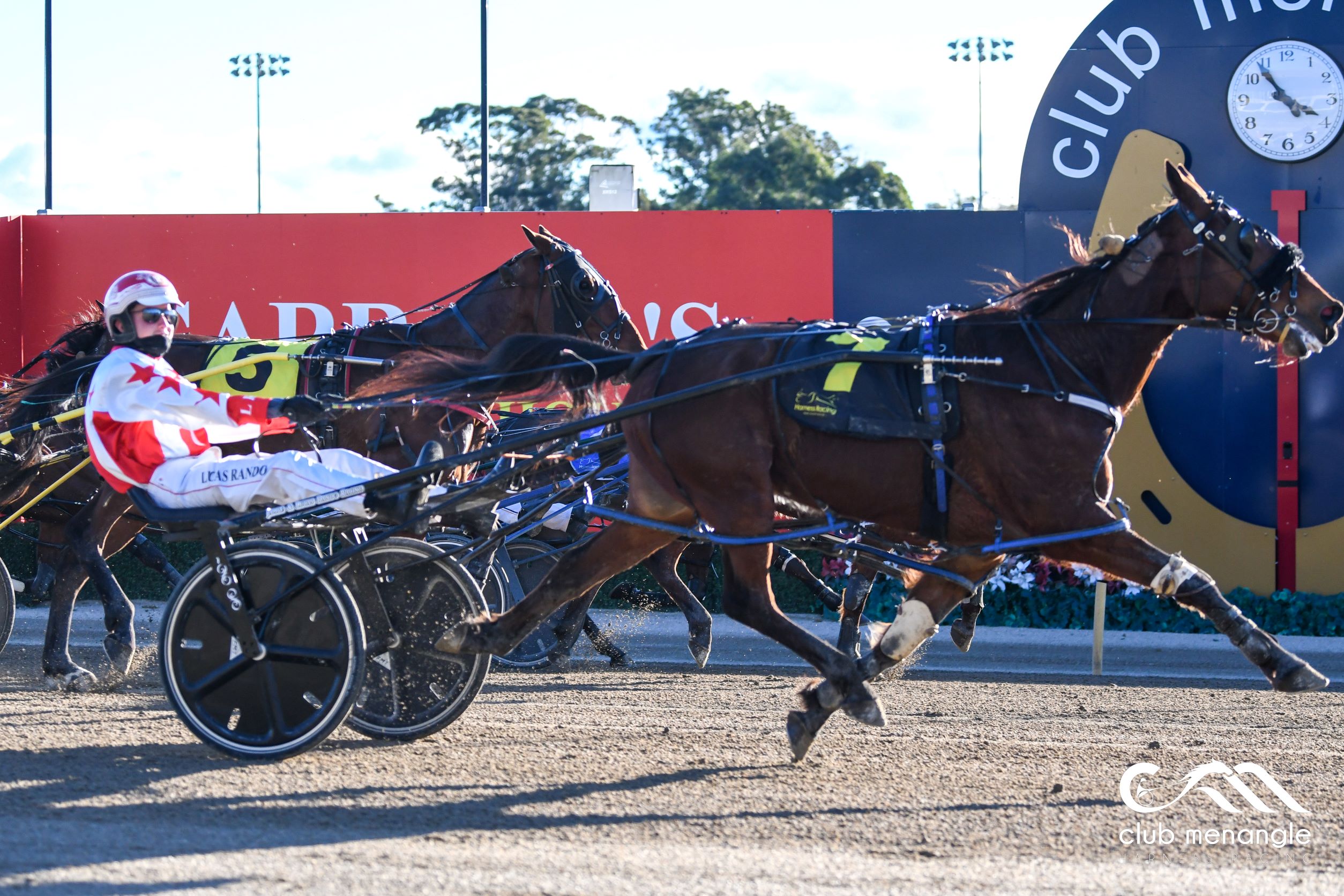 Hart, Rando and Grima all making their marks

RACING at Tabcorp Park Menangle during the past week provided four significant milestones for harness racing participants based in the Sydney region.

Star reinsman Cameron Hart notched up his 500th winner in the gig on Tuesday afternoon when he combined the with Michael Xuereb to take out the final event with handy gelding Birdy Mach.

Hart is emerging as one of the most talented horsemen the state has produced, and it is astonishing that at his tender age (22), he has already reached the 500-win milestone.

Last Saturday night Glenn McElhinney scored his 1500th winner in the sulky while at the other end of the spectrum, young Seaton Grima was ecstatic to notch up his first metropolitan win when Schouten Island was able to upset his more-fancied rivals to score a half neck victory and move into eighth place on the 2021 Concession Drivers’ Premiership table with 23 wins.

Similarly, Lucas Rando achieved the feat at Menangle on Tuesday, landing his first winner at the premier track behind Southbound Train, a gelding trained by his father James.

The driving ranks in New South Wales is rich in talent with so many young drivers emerging throughout the state with many of those competing at Penrith tonight including, Hart, Grima and Rando, who will be looking to add to what has been a memorable week for each of them.

As is often the case, Hart has a strong book of drives in six of the eight races on the Penrith program.

His best chance comes up in Race 4 when he will partner Quick Dan, a three-year-old that is trained by Jason Grimson and is chasing a hat-trick of wins.

Hart drove him to win by clear margins at his previous two outings at Menangle and Penrith and from barrier four should be hard to beat.

He will also combine with Grimson in Race 3 when Pocket Book starts from gate one.

The mare, who was purchased out of New Zealand by the Dunn family from Forbes, won first-up in Australia a fortnight ago and should be able to add to that here.

Seaton Grima has three drives with his best appearing to be Valoroso Hanover in Race 5, while Lucas Rando has his only drive in the same race aboard fancied runner, Dee Double You.

Grima’s watching and learning from the best
Lucas on the right track . . . and loving it
Final three contenders for Club Menangle Medal
Penrith’s ‘dynamic duo’ ready to...
About author