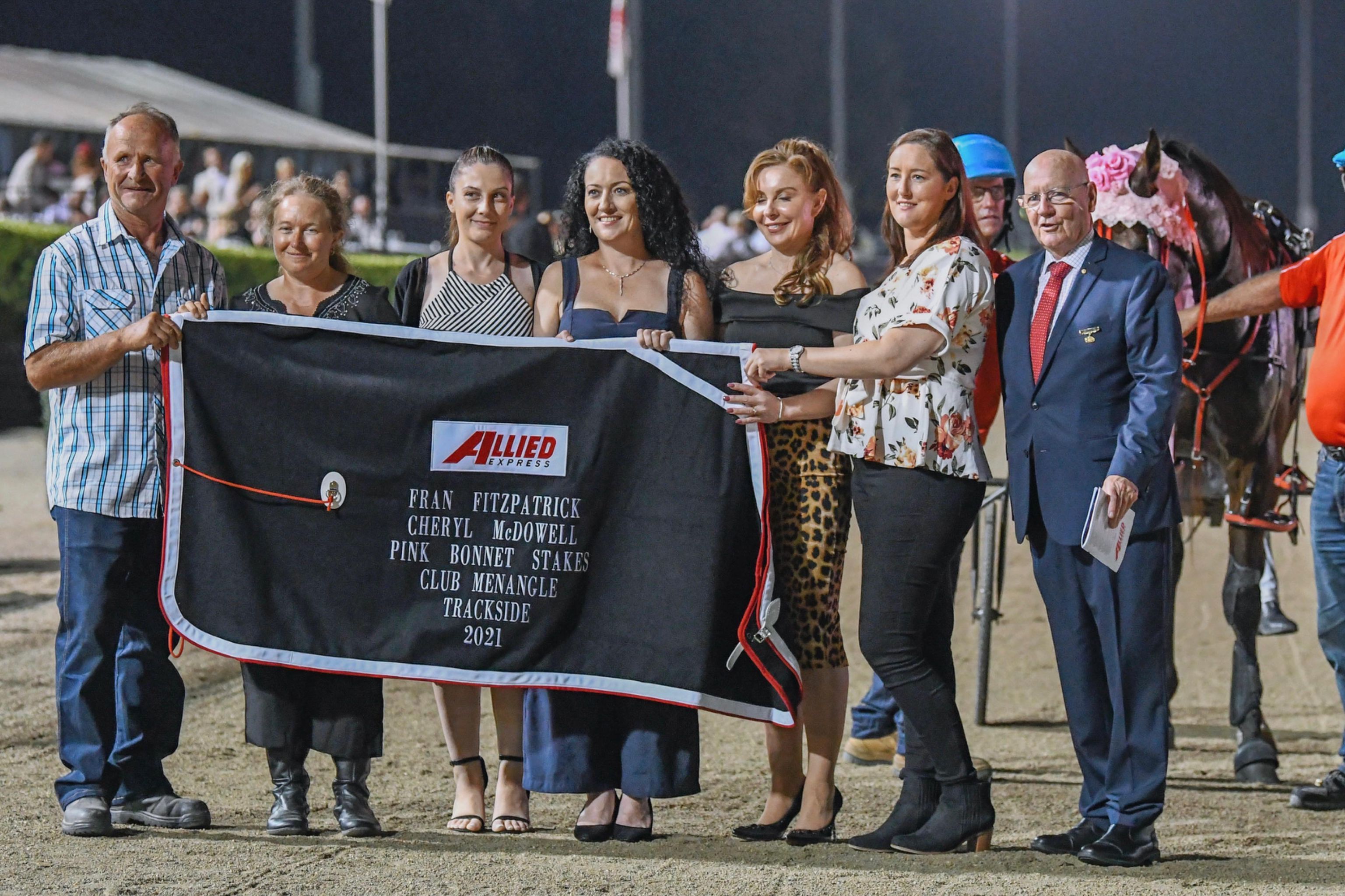 A TIME TO SAVOR: Tony Higgs (left) with connections after Silk Cloud's win on Saturday night.

Higgs finds a ‘Cloud’ at the end of the rainbow

Silk Cloud1 Tony Higgs1
THE Bathurst district has been renowned for producing top horsemen and to list all their champion trainers and drivers would be endless. But there...

THE Bathurst district has been renowned for producing top horsemen and to list all their champion trainers and drivers would be endless.

But there is one quiet achiever who last Saturday night at Tabcorp Park Menangle reminded those who follow the sport that he has still got the talent that has seen him grab a piece of the limelight over the past 30 years.

Tony Higgs began his involvement in harness racing at the age of 10 alongside his father Mick and then worked for the legendary A. D. (Tony) Turnbull where he gained much of his skill and was a regular in the winners’ circle at Harold Park as a teenager.

After leaving The Lagoon, Tony and his wife Leanne branched out on their own.

Winners came at regular intervals, but their lucky break came about 15 years ago when they paid $10,000 for Hannah McKenzie from a Bathurst Yearling Sale.

“We have been so fortunate to have had some nice horses, but Hannah won us a Group 1 Sires Stakes race among other good races, and she hold a special place in our hearts,” said Higgs.

On Saturday night, Higgs captured another feature win, the $50,000 Group 2 Pink Bonnet at Tabcorp Park Menangle with Silk Cloud, who was only having her second race start.

“I was so excited to win another special race, it is really feeling like a touch of déjà vu.

“It is hard to compare this filly with Hannah as she was so good for us but if Silk Cloud can keep doing what she is doing, hopefully we will have just as much fun.”

Higgs paid $13,000 for Silk Cloud at last year’s Bathurst sale, which has now proven to be a bargain buy.

Driven by Luke McCarthy on Saturday night, Silk Cloud raced back off the speed and then swept to the lead rounding the home turn before racing clear to win by more than nine metres.

“She has a funny temperament and is a bit flighty, which caused me some concern about taking her to town,” said Higgs.

“But she really behaved well . . . and the rest is history.

“She is a real professional on the training track and does not need to be worked that hard.

“Now that I have her spot-on, she should be ready for a crack at the Gold Tiara later this month.”