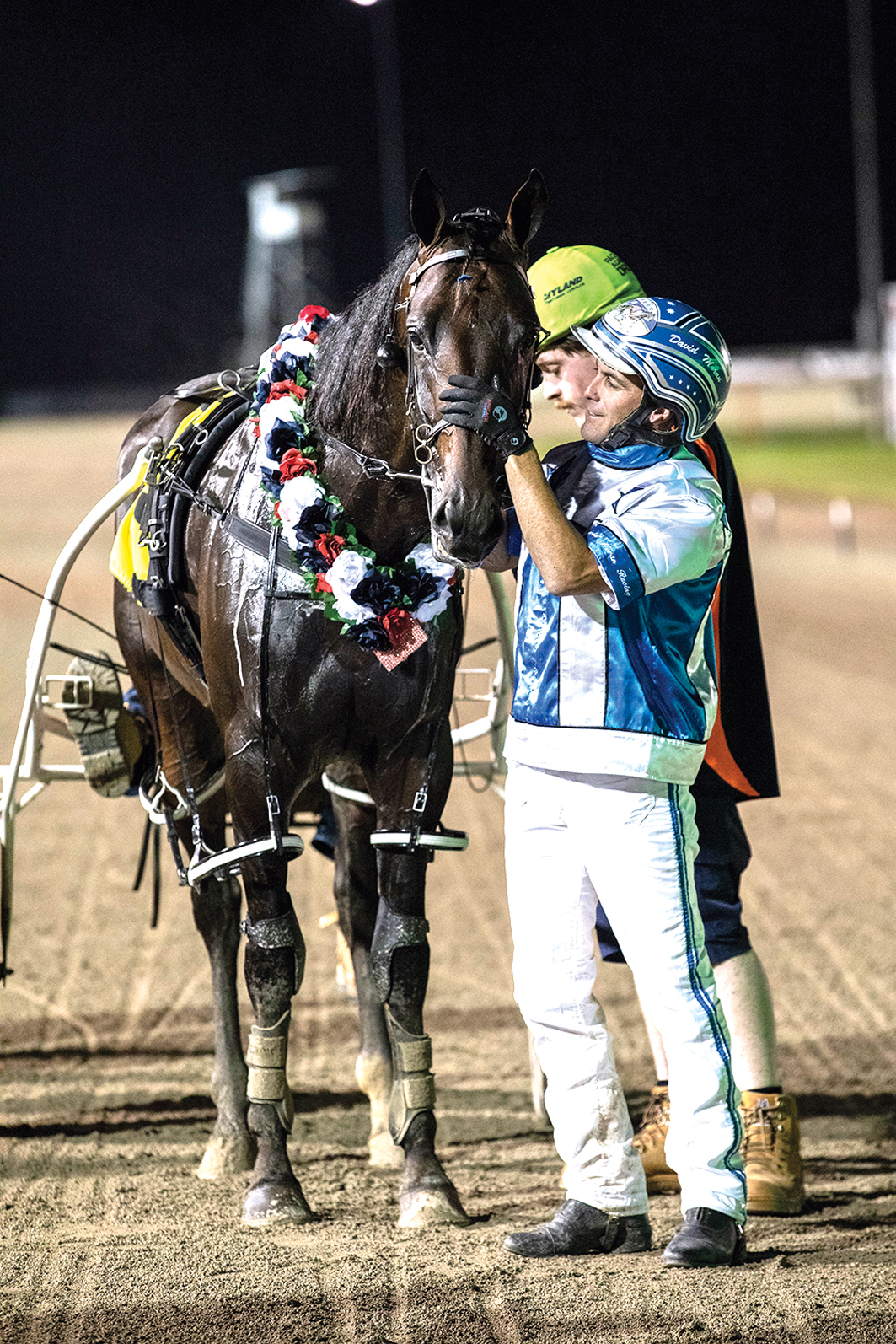 BACK IN ACTION: Lochinvar Art makes his return to the racetrack this weekend.

A DESPERATE bid to gain a Miracle Mile berth with Lochinvar Art is over. Realising the superstar wasn’t going to recover from his hoof...

A DESPERATE bid to gain a Miracle Mile berth with Lochinvar Art is over.

Realising the superstar wasn’t going to recover from his hoof injury in time, trainer David Moran made the “difficult yet easy call” this morning.

In what was the beginning of a dramatic week, Lochinvar Art pulled a shoe and stood on a nail last Friday, causing him to be a late scratching from Newcastle Mile that night.

Under Harness Racing New South Wales rules, the David Moran-trained stallion cannot race for 10 days, which forced him out of this weekend’s Sprints.

The Newcastle Mile and Club Menangle Sprints are a gateway into the Garrards Miracle Mile on March 6.

As far as the Sprints are concerned any pacer declared in the fields is eligible for the $1million Miracle Mile, but the same condition was not a part of the Newcastle Mile despite offering a guaranteed berth in the Grand Circuit gem to the winner.

To rectify the problem, and leave the door ajar for Lochinvar Art to contest Australasia’s ultimate speed test, Club Menangle sort and were granted permission to change the conditions to place the Newcastle Mile on equal status to the Sprints when it comes to Miracle Mile selection.

Selectors then invited Lochinvar Art to participate in a special work out at Menangle tomorrow night in order to prove his fitness and impress them in order of gaining an invitation into the Group One.

After inspecting the stallion’s hoof this morning, Moran notified stewards and Club Menangle of his decision.

“It was a difficult yet easy call to make,” Moran said. “This horse has changed my life and I’m doing what’s right by him.

“The hoof wasn’t healing quickly enough and there was no way I was risking making it worse by pushing him.

“He’ll have a break now and then we’ll get him going again in a few months for the bigger races at the end of the year.”

Gentle giant living up to his name
Support for Tara but favourite tightens
Upset win shocked all bar one
First step towards reclaiming Breeders’ Crow...
About author