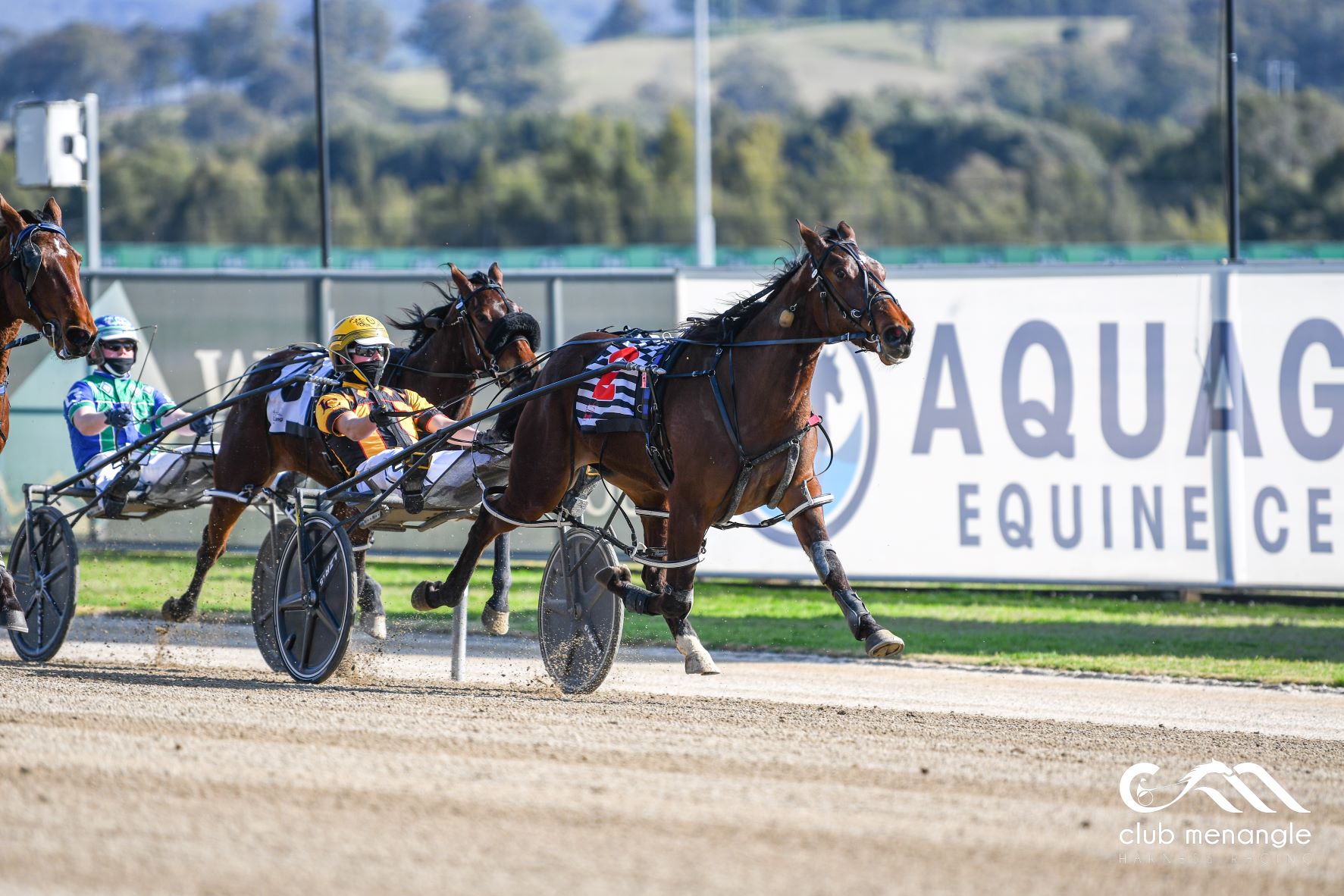 Jack Callaghan16 Mick Doltoff1
HE has already achieved a great deal in his young life but former Newcastle reinsman Jack Callaghan added another supreme effort to his growing...

HE has already achieved a great deal in his young life but former Newcastle reinsman Jack Callaghan added another supreme effort to his growing list of achievements when he drove four winners at Tabcorp Park Menangle on Tuesday.

And what made the effort even more special was that each winner came from a different stable.

Callaghan’s “terrific Tuesday” started early in the afternoon with his first drive aboard the Belinda McCarthy-trained trotter Aldebaran Revani, which worked her way forward to lead and then cleared out to score by a big margin.

Just 40 minutes later the young gun got the opportunity to partner the stunningly-bred Steno, who was able to win on debut for trainer Cameron Ross.

The filly by Sweet Lou and out of former champion racemare Lady Waratah appeared to be in a world of strife with 200 metres to run but Callaghan seized the moment when an inside run presented and Steno sprinted quickly to win by a widening margin.

Later in the day Jack combined with David Aiken to get the prize with Has The Courage and finally teamed up with Jason Grimson in Race 7 aboard The Raconteur.

“I am very lucky to be getting so many gun drives for some of Sydney’s best stables,” a humble Callaghan said.

“I am only in the gig to pilot them for 10 minutes and it is the trainers that do all the hard work to have them ready to race; so mine is the easy part of the job.

“To be honest, it is quite humbling as it has been happening almost every week of late.

“I cannot thank those owners and trainers enough for the support they give me, and I am hoping that I can keep driving winners for them and retain the drives.”

Jack is heading for Penrith tonight where he has six drives.

“I look forward to Penrith tonight as, like Menangle, I am aboard some handy horses with winning chances for good stables,” he said.

“I feel that my best drive would have to be American Flyer in the first race.

“She is very consistent and should be able to lead from gate two and, if that happens, she will be hard to run down.

“The three drives I have for Mick Doltoff all look to have chances of winning too.”

Dynamic duo ready for another big day
Another treble could be on the cards
Callaghan gearing up for the week of his life
Battered and bruised Jack bounces straight back in...
About author