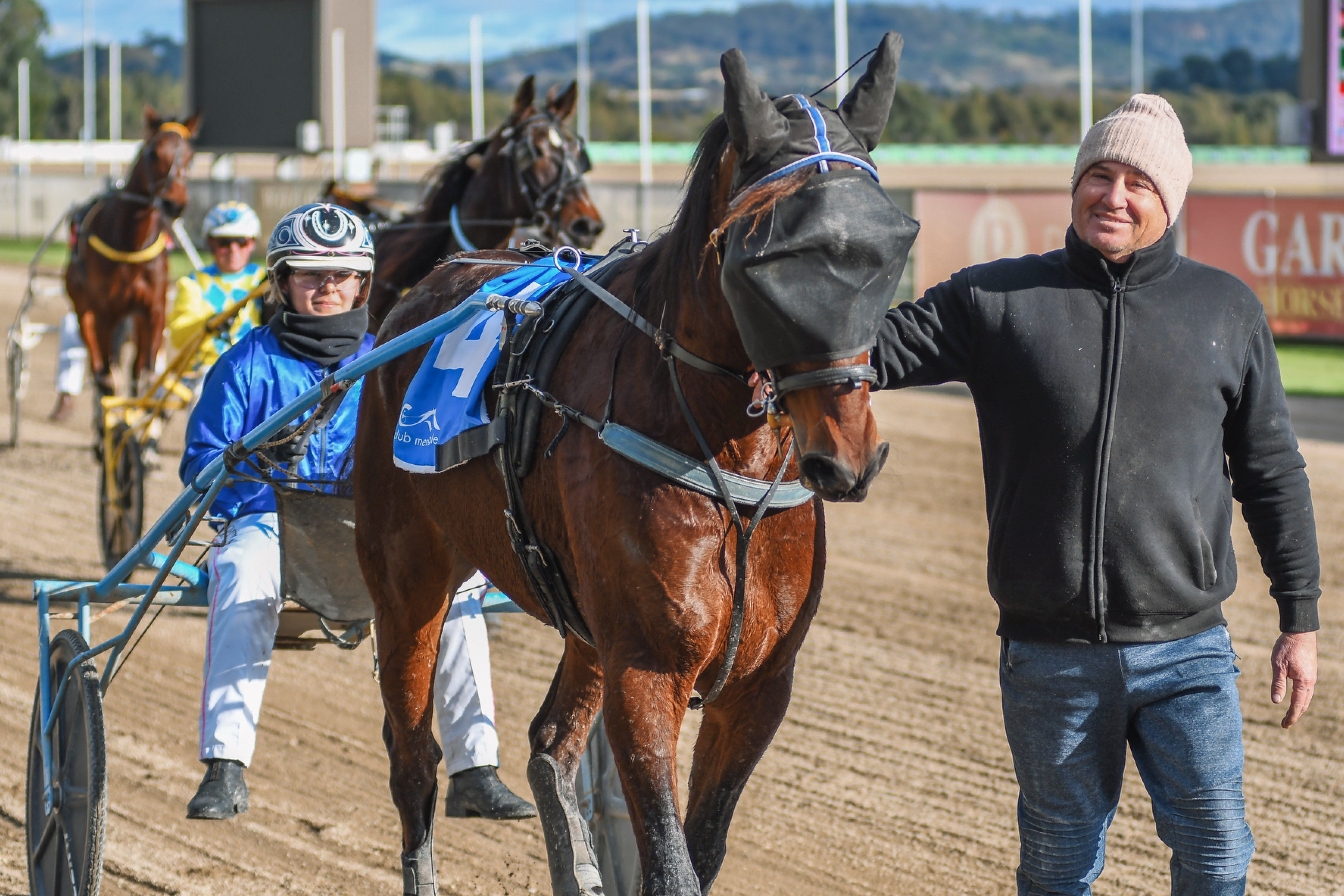 MAKING THE MOST OF HER CHANCES: Grace Panella after a recent win.

Panella, Elder the heroes of the Hunter

Brad Elder6 Grace Panella7
THE well-supported Woodlands Stud Lather Up Series concluded during the weekend and a three-pronged assault on the series by Hunter Region-based trainer Greg Brown...

THE well-supported Woodlands Stud Lather Up Series concluded during the weekend and a three-pronged assault on the series by Hunter Region-based trainer Greg Brown paid off when his mare Waiting For Love led throughout to win the Newcastle leg.

The prize for the owner of the mare who posted the quickest mile rate in divisions held at Bathurst, Wagga and Newcastle was a service to Woodlands Stud’s newest stallion, Lather Up, the equal fastest standardbred in the world.

Driven by Glenn Bull, Waiting For Love led, and it was evident that connections were keen to secure the stallion service as the mare led and carved out a fast 57.2s first half and then consolidated her bid, running the third quarter in 28 seconds to post a 1.54.9 mile rating, winning by almost eight metres.

Friday night’s meeting at Newcastle saw talented 22-year-old reinsman, Brad Elder land a winning treble, combining with his father Darren to win aboard Mystical Jazz as well as Flare Up, a filly that is on track to figure prominently in the upcoming NSW Breeders Challenge Series.

Her first winner, Our Chance Todream came from midfield to get up in the last stride while she later combined with Clayton Harmey and showed her versatility by rating Johnson Step to perfection in front, peeling off similar quarters to ensure the gelding had enough in reserve to win.

Both youngsters will be back at Newcastle this afternoon with multiple drives on an open eight-race program.

Despite winning six of his past eight starts and drawing ideally in gate three, three year old Pops Boy is quoted at $4 to take out the final event.

The colt by Blissful Hall only scored by a head last time out, but he did post a 1.54.5 rating for the mile trip when making it three wins on the bounce.

His main threat this afternoon is Ultra Bliss, who has drawn to his outside and is most consistent, only missing a placing once in his past seven starts.

Punters can look forward to plenty of value this afternoon.

Others that appear to have winning chances include Jenesaisquoi (Race 4), Topsky (Race 6) and Yesnomaybeso (Race 7).