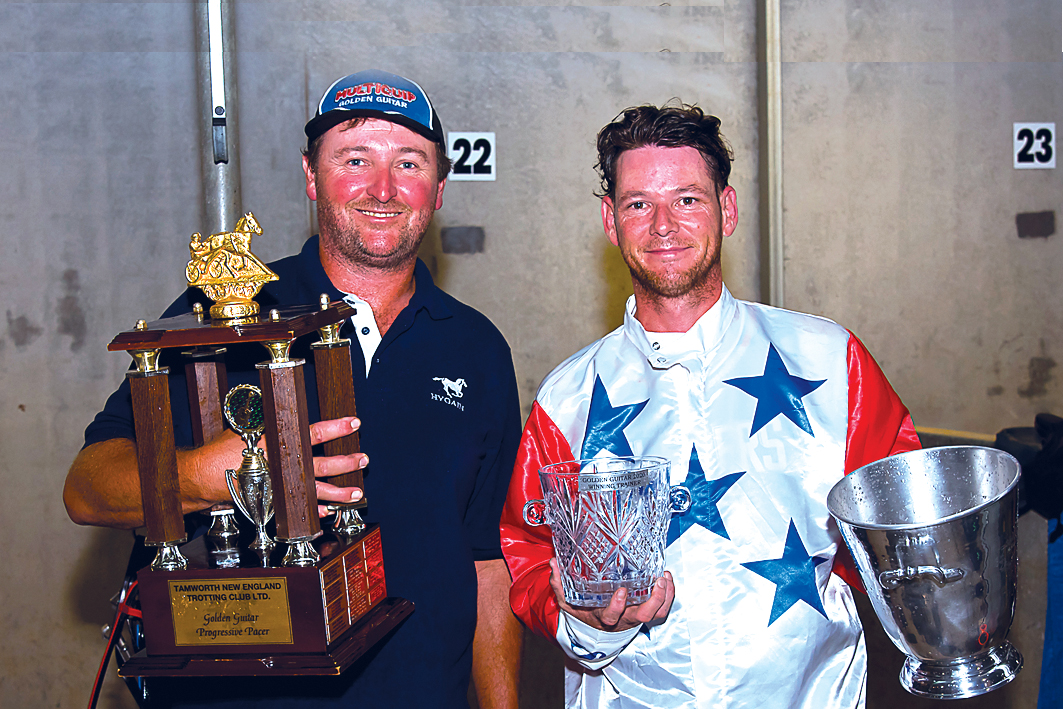 Just look at the quality of the opposition

“IT’S a massive step up, just look at the quality of the opposition.” While Clayton Harmey could easily have been talking about the pacers...

“IT’S a massive step up, just look at the quality of the opposition.”

While Clayton Harmey could easily have been talking about the pacers engaged in Saturday night’s Hondo Grattan Stake at Club Menangle, he was referring to rival trainers.

“It is an honour just to be competing in the race against them,” Harmey said. “Purdon and Rasmussen, Stewart, Aiken just to name a few.

“They’re the best trainers in Australasia and to be in a feature race against them is pretty good.”

Harmey is poised to contest the Group Two with Wet My Whistle, which has been a revelation since crossing the Tasman.

Purchased with the hope of “winning a few country races”, Wet My Whistle is undefeated from six starts for Harmey.

A fortnight ago the son of Bettors Delight captured the Group Two Golden Guitar at his second run from a spell, having won his heat first-up for four months.

To be driven by Leigh Sutton, Wet My Whistle has drawn to settle in a prominent position from barrier two.

“He’s exceeded all our expectations,” Harmey said. “When he first got here I didn’t think he’d go all that well on his track work and just told Leigh to see how he goes at his fist start.

“Then he’s come out and won by 60 metres which was a bit of a surprise.

“I realized he just wasn’t a good track worker and he hasn’t really changed.

“I never expected to be racing in something like the Hondo Grattan Stake with him, so we’re going into it with nothing to lose so to speak.

“It’s a cracker field, but if he races up to his best he won’t disgrace himself.”

Citing Self Assured as the one to beat, Harmey expects Balraj, Demon Delight and Max Delight to play strong roles in the finish.

Co-trained by Mark Purdon and Natalie Rasmussen, Self Assured is a $1.30 TAB Fixed Odds favourite from barrier nine.

“Self Assured is something special, while Balraj, Demon Delight and Max Delight will more than likely be fighting out the finish as well,” Harmey said.

“Even outside of those, the rest of the field are all class and prove how strong this race is.”