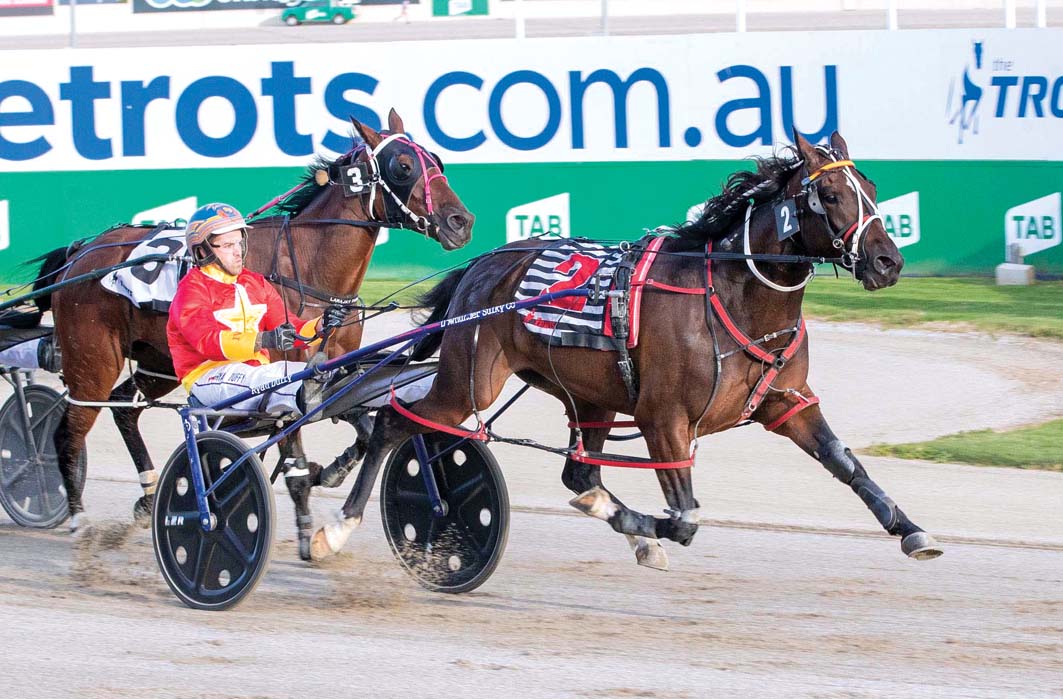 Making most of racing’s return

TALENTED reinsman Ryan Duffy made the most of racing’s return during the weekend. After a small hiatus as a precaution to a possible Coronavirus...

TALENTED reinsman Ryan Duffy made the most of racing’s return during the weekend.

After a small hiatus as a precaution to a possible Coronavirus threat, racing was back at Tabcorp Park Melton, which provided Duffy with his most successful night at the venue.

Mildly confident he had a steady book of drives, Duffy ended the evening with his initial metropolitan treble.

“It was a terrific night,” Duffy said. “To get three winners at a meeting is not an easy task and to do so at Melton was pretty pleasing.

“I have had three wins in the country before but this was my first metropolitan treble.”

Duffy kick-started proceedings in the opening event when he combined with the Isabel Walsh-trained Shoshone Brave.

Causing a minor upset, Shoshone Brave scalped his rivals in 1:54.7 over 2240 metres as Cocosfella and Sahara Tiger filled the placings.

“He got the run of the race behind the leader and was able to make the most of it,” Duffy said. “He’s been racing in solid form, including winning here three starts ago, and was always going to be in the mix.”

Duffy then partnered Sundons Courage, which finished second from his 20-metre handicap before being promoted to first after the winner Majestuoso galloped over the line.

“It was a big run to be right in the finish from his back mark,” Duffy said. “It’s not the way you want to get a win, but that’s how racing goes.”

Duffy rounded out his treble with Kasbah Kid which also trailed the leader before finishing strongly along the passing lane to score from Forty Thieves and War Dan.

“He’s also been racing in solid form and only needed a good run to win again,” Duffy said. “After getting the run like he did he was always going to finish strongly.”