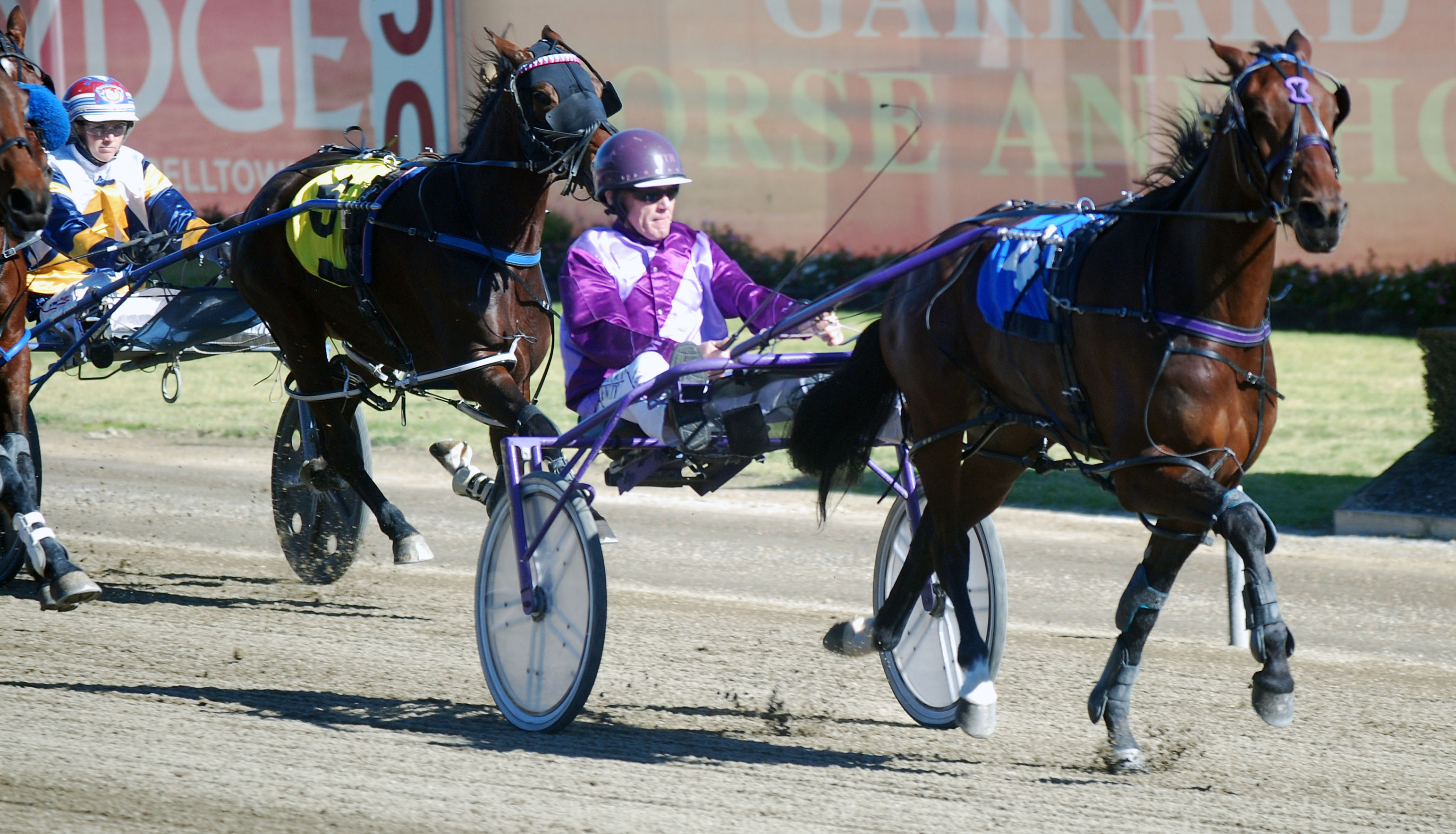 A MASTER WITH THE YOUNG HORSES: Mark Hewitt in action at Menangle

bathurst52 Mark Hewitt1
MARK Hewitt is a trainer who loves this time of year when the feature races for juveniles roll around. The Grenfell-based horseman is recognised...

MARK Hewitt is a trainer who loves this time of year when the feature races for juveniles roll around.

The Grenfell-based horseman is recognised as an accomplished mentor of young pacers and his strike rate over many years speaks for itself.

At the opening of Club Menangle in 2008, Hewitt captured the final of the NSW Sires Stakes for three-year-old fillies with Burning Stature, who won 13 races and more than $155,000 in stakes.

Currently Hewitt has 11 horses in training with five of them being rising two-year-olds.

“It is a bit difficult placing my horses in suitable races with the current regionalization,” he said.

“I am based at Grenfell, which is ideal for me to race in both the Riverina and the Western District but until the Covid-19 restrictions are lifted I am satisfied to be racing at Bathurst, Parkes and Dubbo.”

Hewitt heads to Bathurst tonight where he has two runners engaged, citing Western Bill as his best chance of winning in the Moorhead Cranes 2-y-o Pace .

The son of Western Terror is out of Hewitt’s former good racemare Burning Stature.

“This bloke races in the same ownership as the mare did,” he said.

“My two good mates, Glen Halls and Trevor Toole, have enjoyed the wonderful ride with me.

“They are both farmers and I think the horses have been a good diversion for them, particularly through the recent drought.

“He is definitely getting better with racing.

“His last run a fortnight ago, when he ran second at Bathurst, really pleased me, it was the best of his five starts.

“He came from well back and was not beaten that far by Saint Julien, who rated a fast 1.55.

“I think he can go one better tonight from his handy barrier four draw.”

Hewitt’s other runner tonight is Bobby Street, a gelding that has won 10 races for owner Sue Nicholls.

“Bobby is a bit of a stable favourite and was named in honour of Sue’s dad, Bobby Lee, who sadly passed away earlier this year,” said Hewitt.

“He is an honest bloke and won here at big odds a few weeks back.

“Still, he has drawn wide tonight and will need a touch of luck against a handy field.”