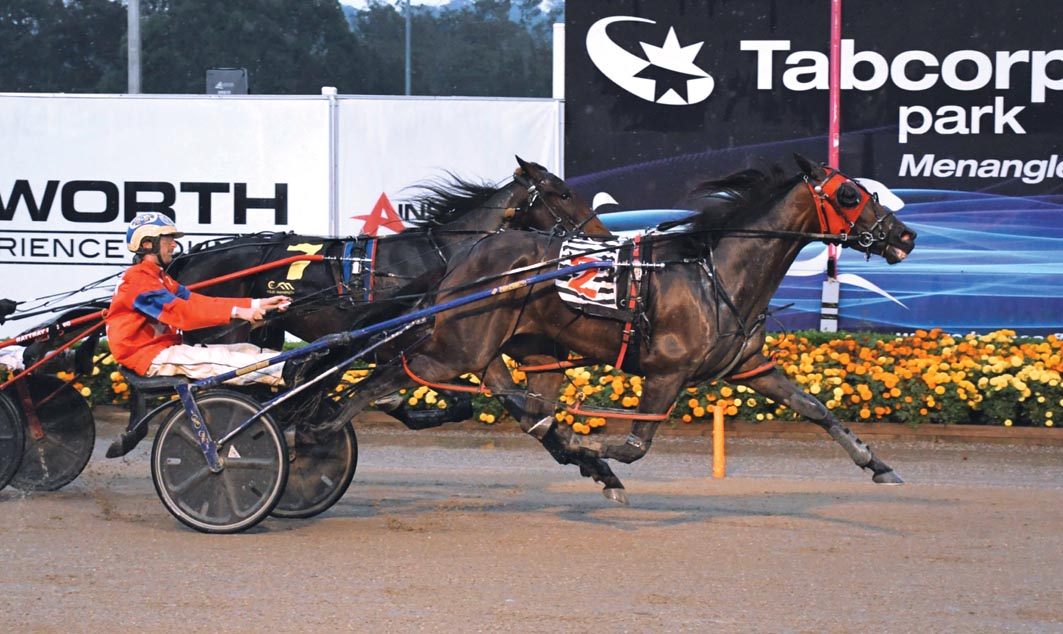 Omen bet goes by the wayside

IT WAS the omen double for journalists at Club Menangle last night – but sadly, this journo missed out. Capturing the opening event on...

IT WAS the omen double for journalists at Club Menangle last night – but sadly, this journo missed out.

Capturing the opening event on the card, Flying Scribe caused an upset for trainer Shane Sanderson.

Driven by Cameron Hart, the son of Sportswriter accounted for Wha Hae and Oursouthernstar in 1:54 over 1609 metres.

Completing his second win from seven starts – with two placings also to his credit – Flying Scribe paid $9.50 on tote.

“I was pretty confident as his runs last prep had been good,” Hart said. “From the draw I felt he could get into a good spot early and come home strongly which he did.

“Being first-up since December getting that soft trip was what he needed and it all worked out for him.”

Hart then combined with the Alex Alchin-trained Star Writer for another upset later on the card.

Finishing strongly along the home straight, Star Writer scored by a metre-and-a-half from Our Leonardo, with Ashki a half-neck away third.

Also by Sportswriter, the gelding covered the mile in 1:55.5.

“He went really well,” Hart said. “He’s been racing well around the smaller tracks without much luck.

“He can hit his knee a little bit and I felt Menangle’s bigger track would suit him, which it did.”

Doubling up on Flying Scribe and Star Writer would have netted a handy return, with my colleague (simply can’t refer to him as a co ‘worker’) Michael Court being very coy about any possible winnings.

However, there is a rumour the veteran Court will begin retirement on Monday!

HOOFNOTE: I started that rumour.