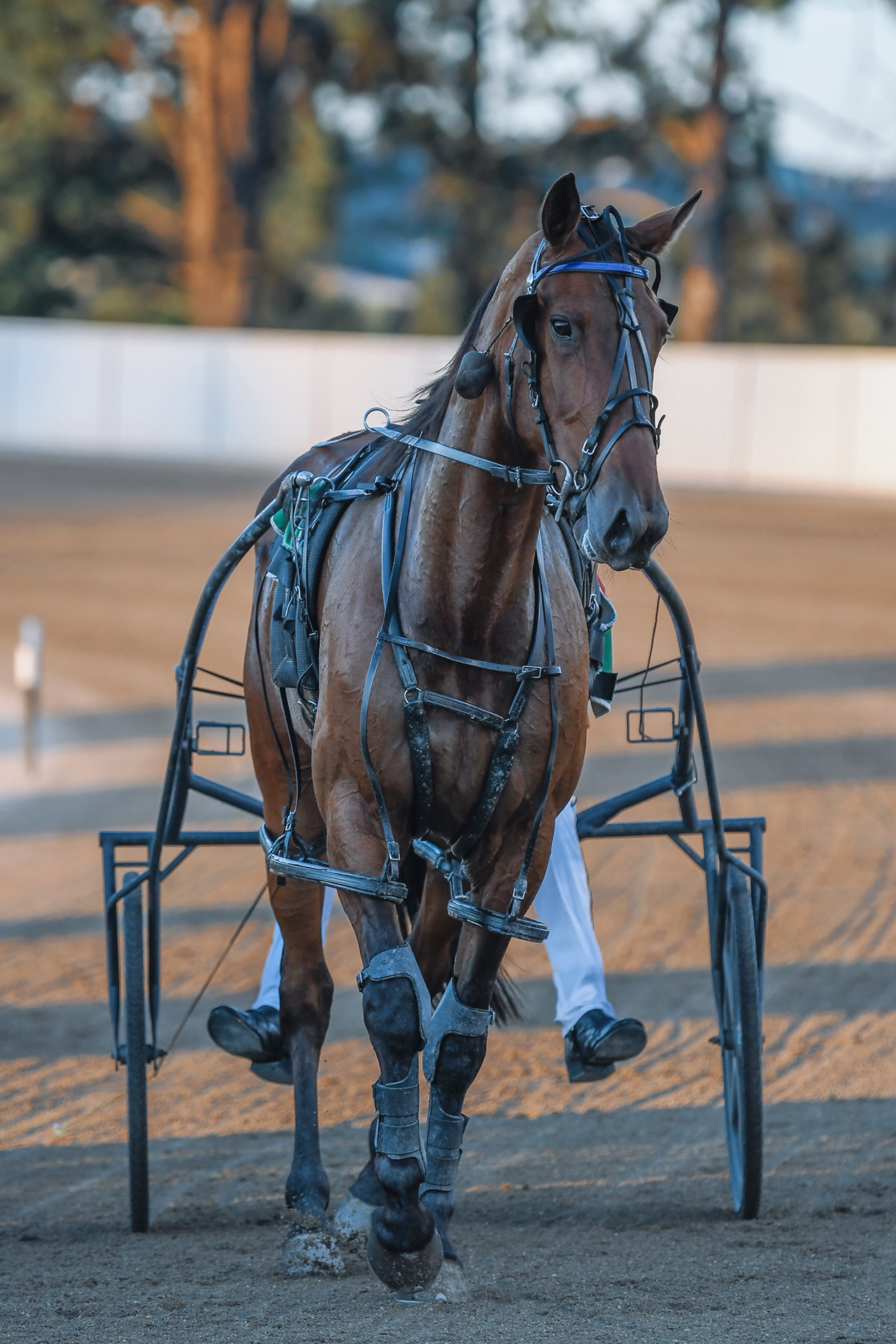 PLANS remain modest with The Croupier despite his upset victory at Club Menangle last night. Leading home a Craig Cross-trained quinella in a Group...

PLANS remain modest with The Croupier despite his upset victory at Club Menangle last night.

Leading home a Craig Cross-trained quinella in a Group Three, The Croupier paid a mouth watering $61 on the tote.

While the win caught punters off guard, it wasn’t a surprise to Cross, who also prepared the short-priced favourite Expensive Ego to finish second.

“I was surprised he paid so much, but not that he won,” Cross said. “His run in the heat when he was the favourite was full of merit after he was hammered in front.

“To drift as far in the market as he did isn’t something I didn’t expect.

“That was only his fifth start here since coming from New Zealand and his form has been solid, so he is a handy enough horse.”

Caught in the ‘death seat’ from barrier six, The Croupier gained cover when Expensive Ego was eased forward to test the leader, Burnham Boy, from the breeze.

Responding to vigorous driving from Jack Callaghan along the home straight, the son of Roll With Joe grabbed the lead in the last stride to score by a short half-head.

After trailing the pacemaker, Jay Ok was a metre-and-a-half away third.

“Jack definitely got the best out of him up the straight,” Cross said.

“I’m not sure where he will head next at this stage, but we’ll find the right race and go from there.”

Covering the mile in 1:50.9 The Croupier was the second leg of a quartet for Cross, who was also triumphant with Air Time, Moreau Drive and King Of Swing.