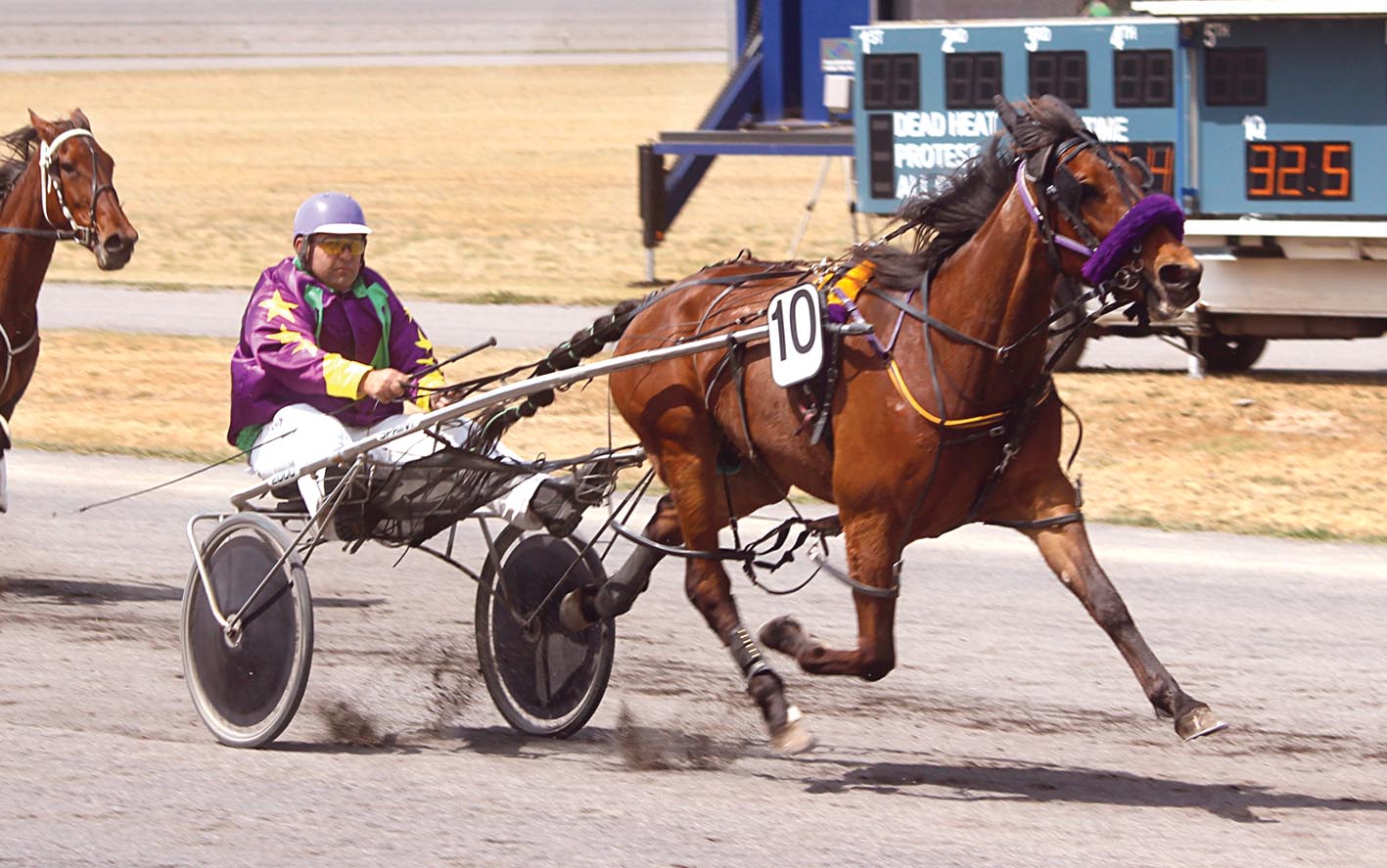 IT’S his last chance to achieve the goal, but local horseman David Magri is quietly confident the mission can be completed at Ballarat on...

IT’S his last chance to achieve the goal, but local horseman David Magri is quietly confident the mission can be completed at Ballarat on Boxing night.

The first was achieved in Cranbourne last month when the nine-year-old registered his tenth win.

That victory etched Columbias Dee Jay close to Magri’s second milestone – getting the gelding past the $100,000 barrier in earnings.

“I was rapt for him when he won at Cranbourne as he’d been racing solidly and deserved to get that win next two his name.

“Saturday night will obviously be his last run for the season, so if he can finish in the top three and get to the second goal he will have had a pretty good year.”

To be driven by Magri, Columbias Dee Jay has drawn to settle in a prominent position from barrier two.

Former New Zealand squaregaiter Havehorsewilltravel is the one to beat from gate four.

Poised to make his debut for the Andy Gath stable, Havehorsewilltravel is listed as a $2.60 favourite.

Despite his form Columbias Dee Jay is among the outsiders at $16.

“It’s not going to be an easy race by any means, but I’m happy with the draw and the way he is going,” Magri said.

Trainer’s death leaves the world a poorer pl...
Spotlight moves to Bathurst: Here are the winners
Greybeard going strong
Making the most of spring campaign
About author