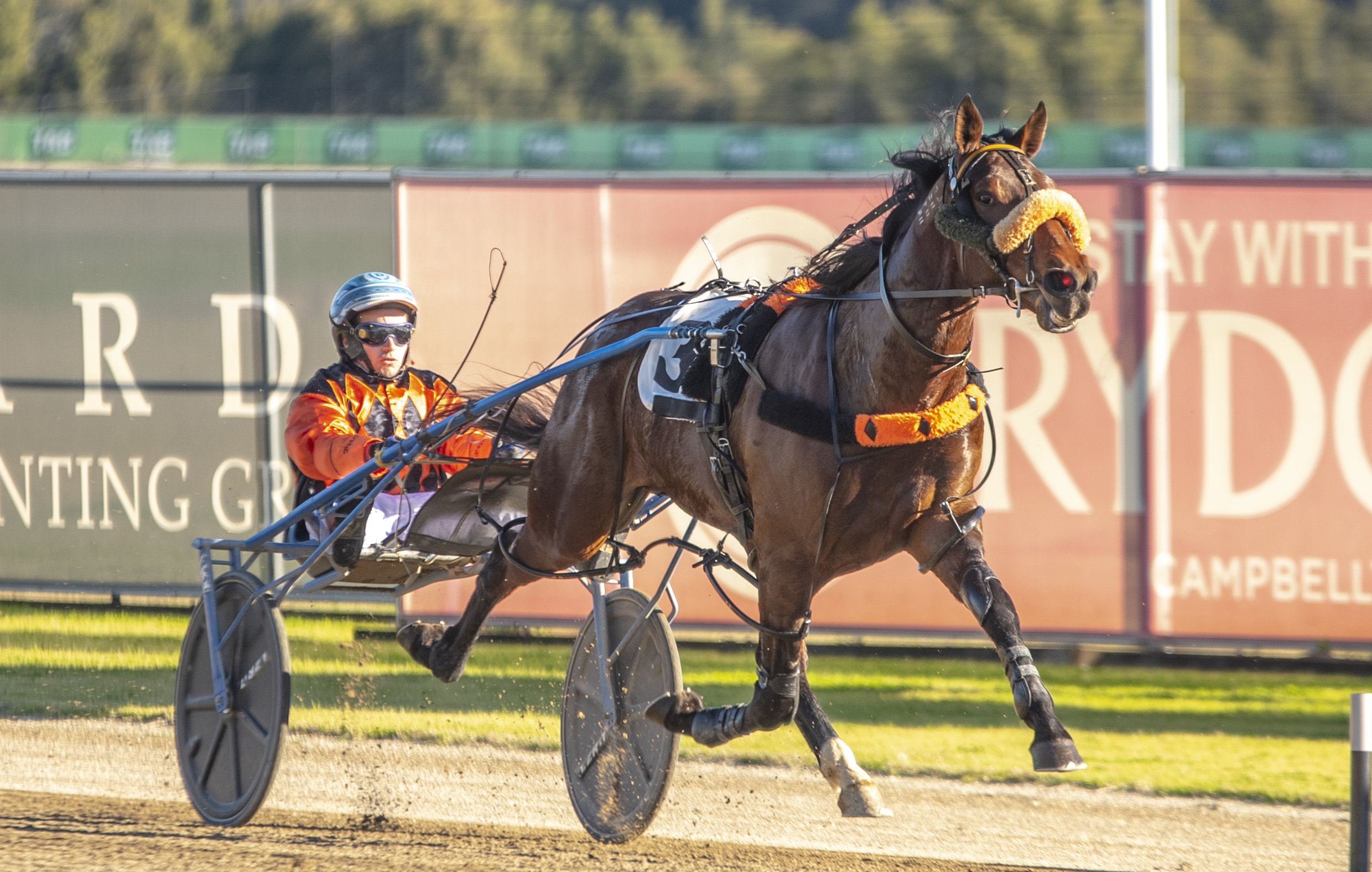 Rising star bounces back in style

Sent across the Murray River for last weekend’s The Bonanza at Tabcorp Park Melton, Expensive Ego was lucky to escape serious injury after receiving a severe check along the home straight caused by Greg Sugars driving the eventual winner Boots Electric.

Back at his home venue the Belinda McCarthy-trained entire produced his best form to capture the Paleface Adios Sprint in effortless fashion.

Expensive Ego’s victory earned him a berth in next week’s Chariots Of Fire.

“The Melbourne trip didn’t go as planned, but that’s racing,” McCarthy said. “He came through it fine and was able to win quite well last night.

“He is in perfect condition ahead of the Chariots Of Fire and now we’ll just hope for a good draw.”

Driven by McCarthy’s husband, Luke, Expensive Ego found the lead from barrier two as Pacifico Dream was forced to work overtime in the breeze.

Striding clear during the latter stages, the son of Rock N Roll Heaven was untouched on his way to a five-and-a-half metre win from Kowalski Analysis, with The Mustang seven metres away third.

“Once he got to the front he was always going to be hard to run down,” McCarthy said. “He did it well within himself and had a bit in the tank on the line.”

Covering the mile in 1:50.5, the Australian Pacing Gold purchase extended his record to 11 wins and two seconds from 15 starts for earnings of $196,218.

Who said history never repeats?
Still making news . . . after 36 years in one hot ...
That’s the Spirit, Louis
Has the apprentice overtaken the master?
About author