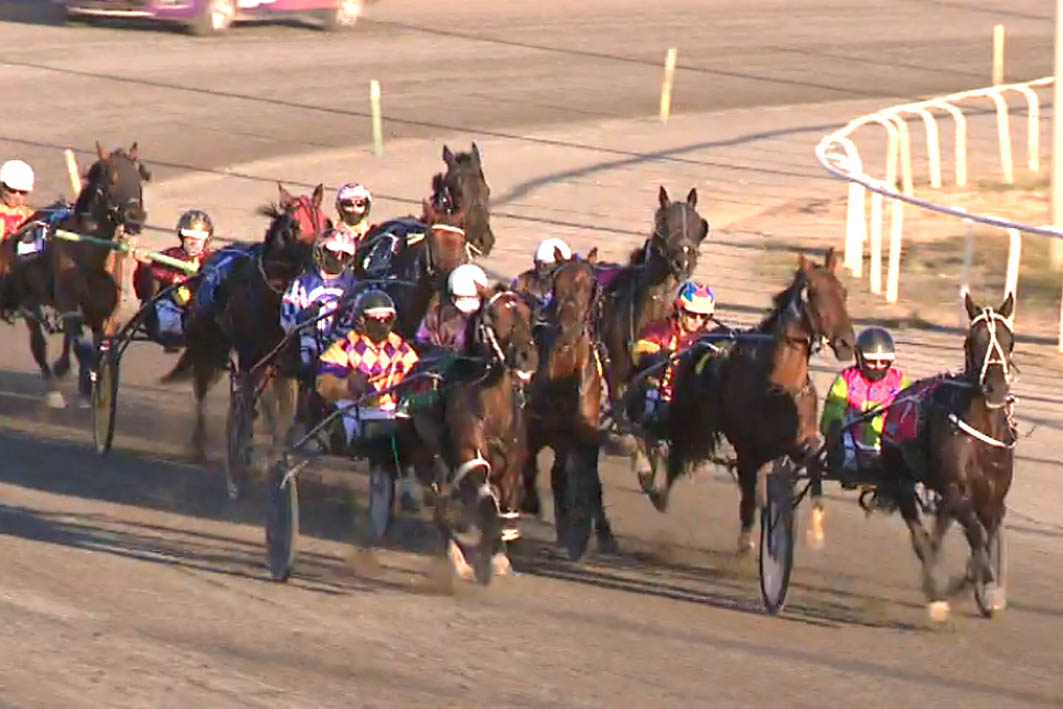 The main protagonist in the 1986 cult film Big Trouble in Little China, Burton is fond of using the term “it’s all in the reflexes.”

Driving Dont Be Teasin Me in the opening event, Wheeler showed tremendous reflexes as the field entered the home straight on the first occasion.

While positioning the son of Artesian three-back in the running line, Wheeler caught a peg which was sent flying through the air after being struck by Windward Blaze on his inside.

Wheeler placed the peg under his leg and continued to drive.

Unfortunately Wheeler didn’t have much luck during the remainder of the race as Dont Be Teasin Me was unplaced as Pocket More For Less scored in 2:00.1 over 2265 metres.

“It came flying passed and out of instinct I grabbed it,” Wheeler said. “I seen it come and watched it like a cricket catch…it was almost in slow motion.

“It was just out of reflex really.”

“If you can’t be that good of a driver you’ve got to be good at something!”

Mini trotters a feature of Easter
BUTT’S THE MAN OF THE MOMENT
Latest update on horrific Mildura crash
Five down, another two to go
About author