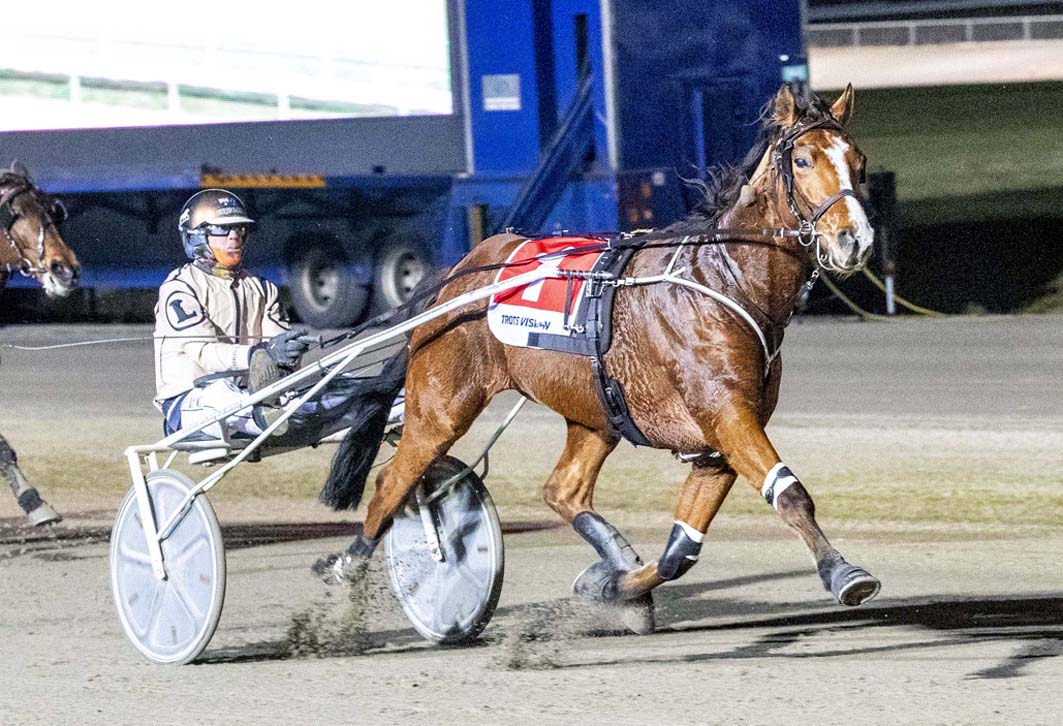 Ollivici dominated the Aldebaran Park Winter Trotters’ Cup in Bendigo last night, with the Group Two triumph a third straight victory that has Lang and connections daring to dream.

“We’ll be wanting to target the Inter Dominion this year, because he’s going well,” Lang said. “Mightn’t be good enough to win it this year, but it’s very good grounding for him for further down the track.”

Lang shot Ollivici to the front and he controlled the tempo throughout, blazing home in a 27.9-second final quarter that put the result beyond doubt and set up a seven-metre win from Whos The Man.

Lang’s name already features prominently on the Inter Dominion Trotting Championship’s honour roll, having won in 2009 and 2010 with the brilliant Sundons Gift.

This year’s series, which returned to Victoria for the first time since 2018, kicks off on November 26 in Ballarat and continues with heats in Shepparton (November 29) and Geelong (December 3) before the December 10 Finals at Tabcorp Park Melton.

In the lead up to ID22 Lang revealed Ollivici would likely be steered towards the new $30,000 feature at Melton on September 2 – the Delvin Dancer Trotters’ Classic – part of a new night that honours the Gath and Conroy families and features the Need For Speed Finals.

“We’ll target that,” Lang said. “We took the long view and were patient with him and we think we’re in for a very good ride the way he’s going.”

By Orlando Vici out of Belle Galleon, tonight’s win by Ollivici thrilled his big band of owners, many of whom were on course to enjoy the celebrations, including part owner Mark Shaw.

“I can’t believe it, I’m still shaking,” Shaw said. “I’ve known Chris for over 30 years, we’ve had some excellent horses but I think this will be the best.”

They became involved after Lang snapped up the trotter at New Zealand yearling sales, the trainer’s first purchase since returning to the trots after a lengthy sabbatical.

“I was lucky,” Lang said. “I think it was Greg Hope and them over there in New Zealand, they had a bit of money to spend and had just purchased another one for $100k so they only had $50k left.

“I didn’t see him until I got there and I looked at a lot of horses and I was looking high end. He was the one I liked the most. The Kiwis do breed good trotters.

“When I saw him I fell in love with him – the white blaze and I thought, ‘oh mate he’s a bit pretty for a coarse looking guy like me, but he makes me look good’.

“I looked at him and couldn’t fault him. I’m hoping there’s going to be nothing to fault in the years to come either.”