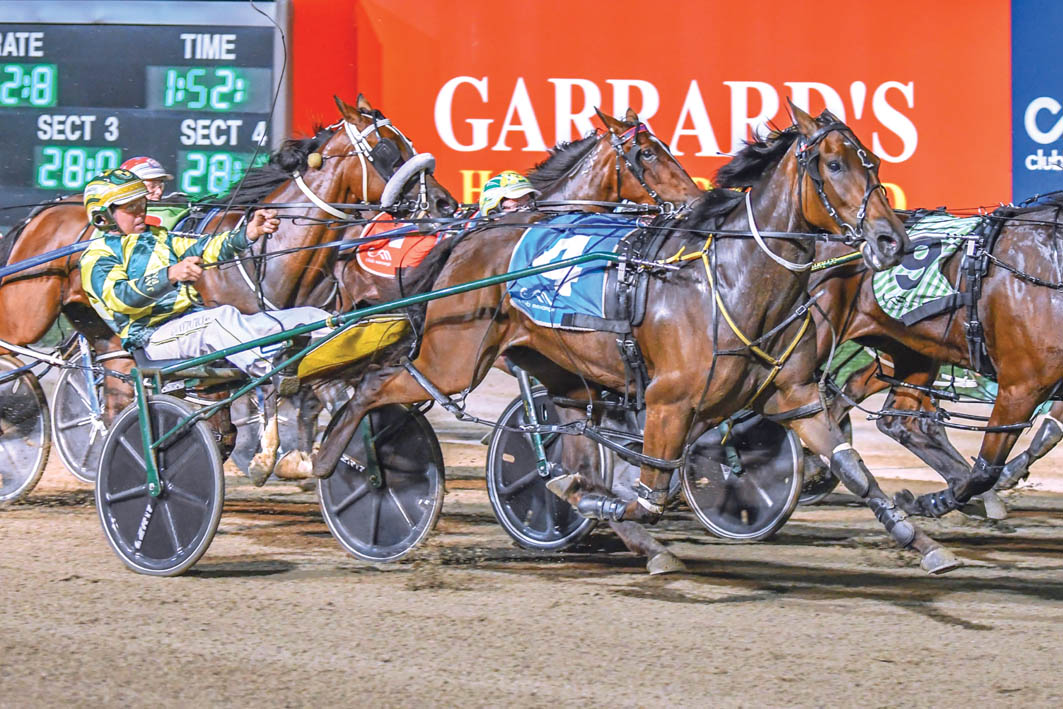 HAVING claimed a major race scalp tonight, Sioux Rainbow will be given “plenty of opportunities” to add to her lance before the season is...

HAVING claimed a major race scalp tonight, Sioux Rainbow will be given “plenty of opportunities” to add to her lance before the season is over.

Along with the Australian Pacing Gold series, Sioux Rainbow is eligible for the state breeding scheme and various Oaks.

“Other than the Gold I haven’t really set anything specific out for her,” Fitzpatrick said. “Even tonight’s race was just right timing.

“If she is going well enough we will look at races such as the Oaks, but that is another big step up.

“No matter which way we head, there are plenty of opportunities for her this year.

“We’ll just have to take aim at each as they come along.”

With Fitzpatrick’s son Gavin holding the reins, Sioux Rainbow was eased away from barrier four to settle towards the tail of the field as The Wolf led from gate seven.

Caught in a pocket three-back along the pegs turning for home, Sioux Rainbow was brilliantly weaved through the field before sprinting to a short half-head win from the favourite, Arma Renegade.

Blazin Glory was a metre away third.

Covering the mile in 1:52.7, the daughter of American Ideal took her record to two wins and three placings from five starts for earnings of $33,190.

“She’s only lightly-raced but is coming along well,” Fitzpatrick said. “She has her share of ability but is coming to hand slowly.”

Victoria rallies behind bushfire victims
Thrown into the deep end
Edging closer to interstate campaign
Dropping the ‘working’ part from worki...
About author