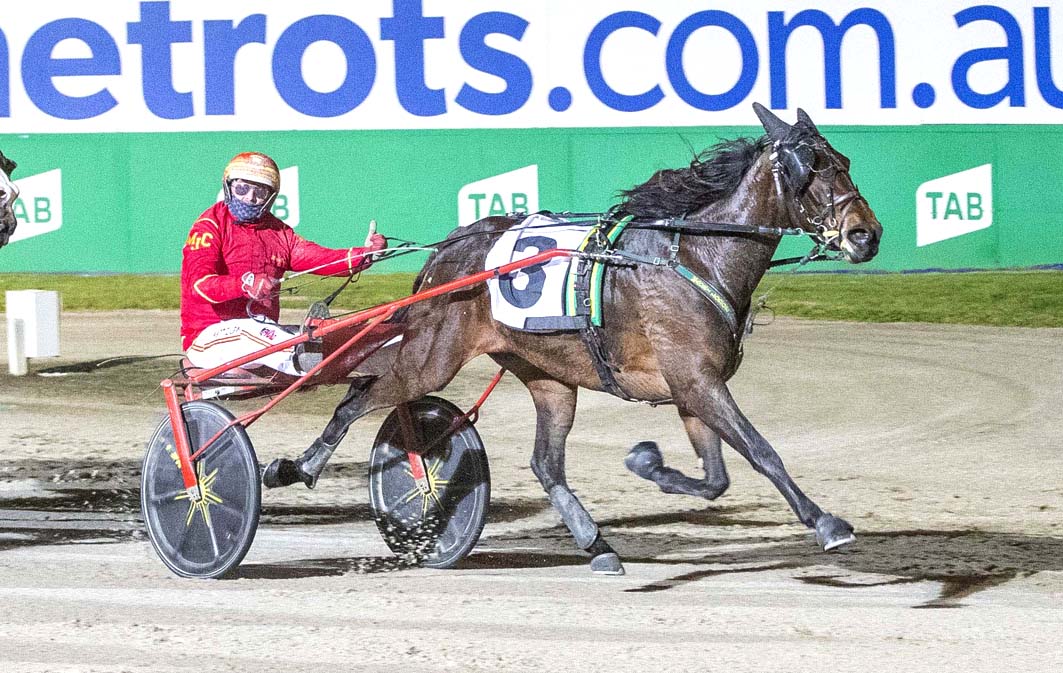 SUPER filly Pink Galahs will attempt to join a select sorority when she heads to Maryborough Sunday. Boasting nine wins and two placings from...

SUPER filly Pink Galahs will attempt to join a select sorority when she heads to Maryborough Sunday.

Boasting nine wins and two placings from 12 starts this season, Pink Galahs will take on the ‘boys’ in the Victoria Trotters’ Derby.

Pink Galahs achieved the first half of the equation when she outclassed her rivals in the Oaks at Tabcorp Park Melton a fortnight ago.

The daughter of Skyvalley backed-up to secure her Derby heat in Maryborough last weekend.

A week before the Oaks Pink Galahs beat a host of Australia’s best open class squaregaiters in the Group One Bill Collins Sprint.

As for her pending assignment, Pink Galahs has drawn wide in barrier six.

“It’s going to be a tricky draw for her,” Craven said. “There is a lot of speed inside her, including a couple which may be looking to hold the lead.

“She’ll come out and have a look early but where she settles remains to be seen.

“If we do find the lead though we won’t be looking to hand up this time.”

Despite Pink Galahs’ astonishing performances in recent weeks, Craven believes the three-year-old will have to “step up” against a strong Blue Riband field.

“Like I said a few weeks ago before the Bill Collins Sprint, the three-year-old ranks are no easier to race against than the open class,” Craven said.

“There is a lot of talent in this field with a few of them sure to improve from the heats after having their first taste of racing over 2690 metres.

“She will also need to step up and improve for the Final.”

Well-earned break for undefeated colt
Group One a drop in class for rising star!
Name The Race and win!
100 for the season! And he’s only 18
About author