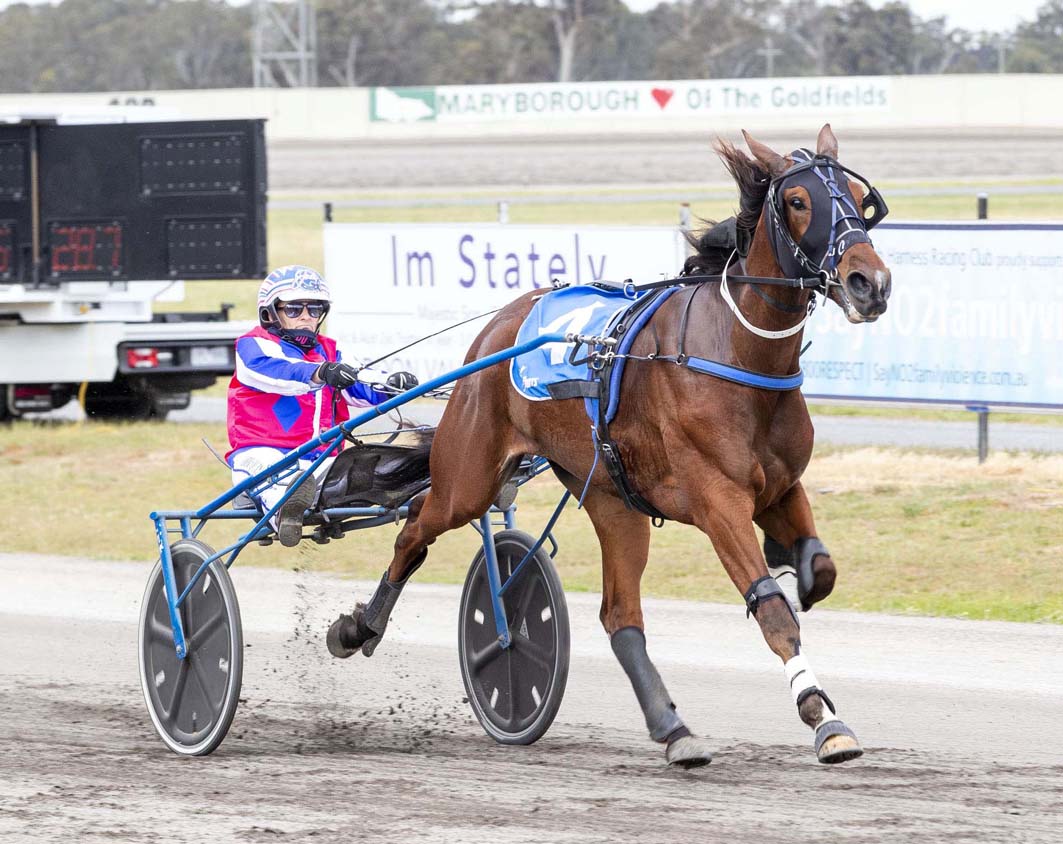 Will it be a case of third time lucky?

CONNECTIONS of talented youngster Illawong Barmah are hoping for a case of third time lucky at Tabcorp Park on Saturday night. Building a solid...

CONNECTIONS of talented youngster Illawong Barmah are hoping for a case of third time lucky at Tabcorp Park on Saturday night.

The son of Muscle Mass earned his berth in the $100,000 Group One by capturing a heat in Maryborough last week.

As for two of his runner-up performances, Illawong Barmah registered those in Group Ones!

“Unfortunately he has found one better in his two Group One runs so far,” Quinlan said. “Hopefully that changes on Saturday night with him being first across the line.”

Along with the obvious reason, Quinlan stated there is plenty of emotion behind the desire to see Illawong Barmah secure a top shelf event.

The two-year-old was bred and is owned by Kaye Hartnett, wife of the late Martin, who was a prominent supporter of the industry.

The Harnetts have been owners for more than four decades – with most of their stock bearing the “Illawong” moniker – before Martin’s death in August.

“Martin was a lovely man who had a tremendous passion for harness racing,” Quinlan said. “He felt Barmah was going to be their next Group One winner and we can only hope it turns out that way for him and Kaye.”

Unfortunately the barrier draw has dampened Illawong Barmah’s prospects, with the trotter to begin from the outside of the second row.

TAB Fixed Odds have responded by listing the gelding at $6.

Have No Fear is the $2.50 favourite from the pole, with Aldebaran Zeus the $3.60 second elect from gate four.

“The draw has made it pretty tough on him,” Quinlan said. “Especially when it takes away his gate speed, which is one of his biggest assets.

“We’ll be relying on a bit of luck from there.”

Outstanding mare chasing fairytale ending
Rixon racing in the name of charity
Seeking fame and fortune in the U.S.
Has he earned champion status?
About author