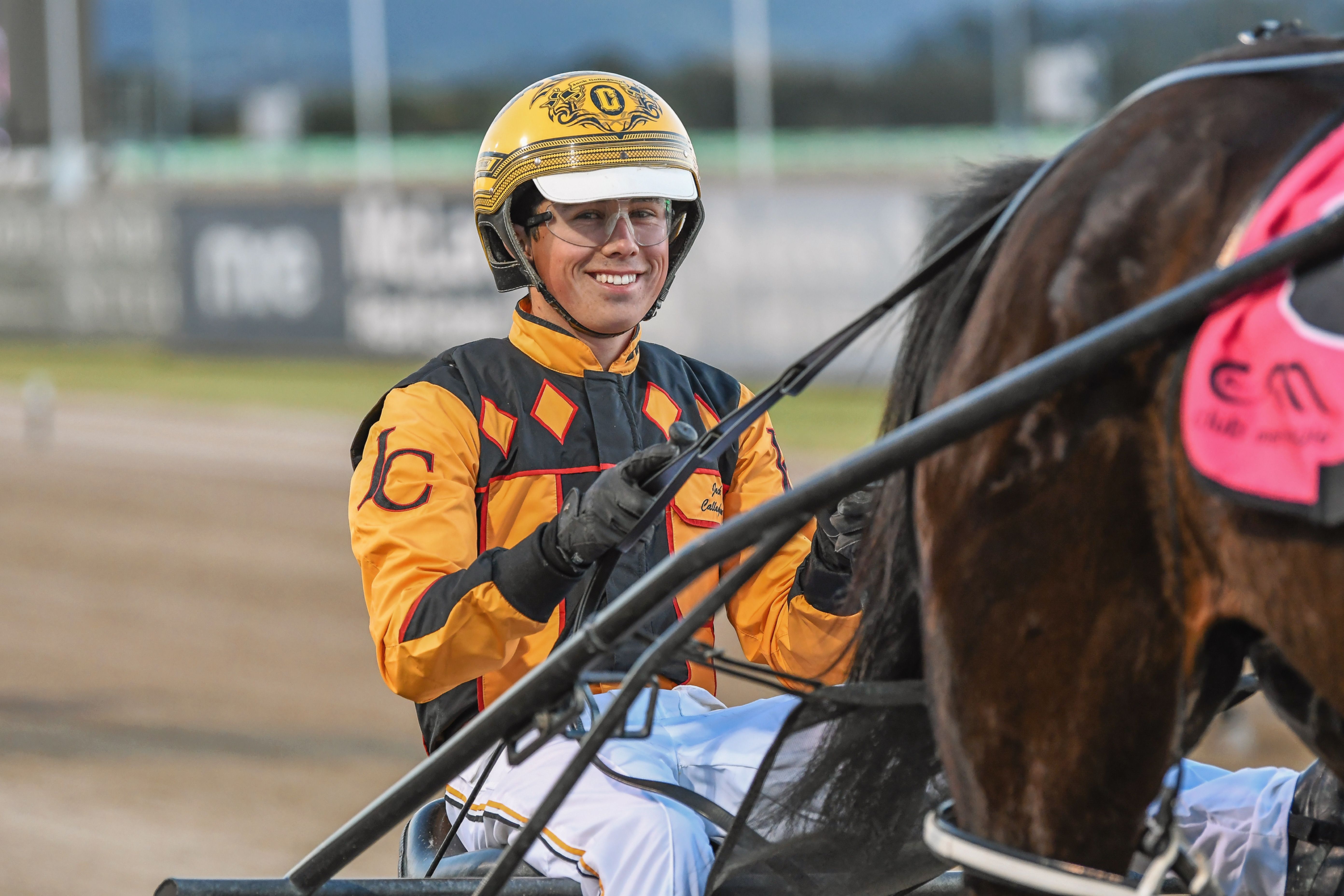 IT HAS been a frantic time for prominent young reinsman Jack Callaghan. Callaghan has been a frequent flyer of late, travelling between Sydney and...

IT HAS been a frantic time for prominent young reinsman Jack Callaghan.

Callaghan has been a frequent flyer of late, travelling between Sydney and Brisbane for the Sunshine State’s Winter Carnival where his wins include the Queen Of Hearts Stake with Fairy Tinkabell.

Back home for the time being, the 20-year-old will focus on the New South Wales Drivers’ Premiership where he sits in second with 101 wins – 10 behind his main rival and good mate Cameron Hart.

Callaghan is aware he has an arduous task ahead to reduce the margin but is philosophical that with some lucky breaks it is not impossible.

“Cam is a freakish driver who goes out there and makes it happen,” Callaghan said.

“I see first hand just how hard he works to be at the top of his craft and his results speak for themselves.

“It will be a challenging task for me to catch him in the Premiership race, but nothing is impossible.

“If things go my way and I can have a couple of good nights at the track the deficit can be whittled down quite easily.

“We are really good mates off the track but at the same time are the fiercest of competitors on it. I am looking forward to seeing what unfolds over the next few months.”

Callaghan has five drives in Penrith tomorrow night and is quietly confident he can register a winner or two.

Winner of the Group Two Pink Bonnet Stakes at Club Menangle early in the season, the well-performed daughter of Bettors Delight is returning from a break.

“She is a really nice filly that has drawn ideally first-up,” Callaghan said. “I do not think she will have things all her own way as there are a few nice horses in the race, but she is classy and that should be enough to get her home.”

“The Sloys Company and their trainer Mick Doltoff always have lovely horses.

“I am just fortunate that they offer me drives on them and I always know that they are up to the mark and ready to go.”