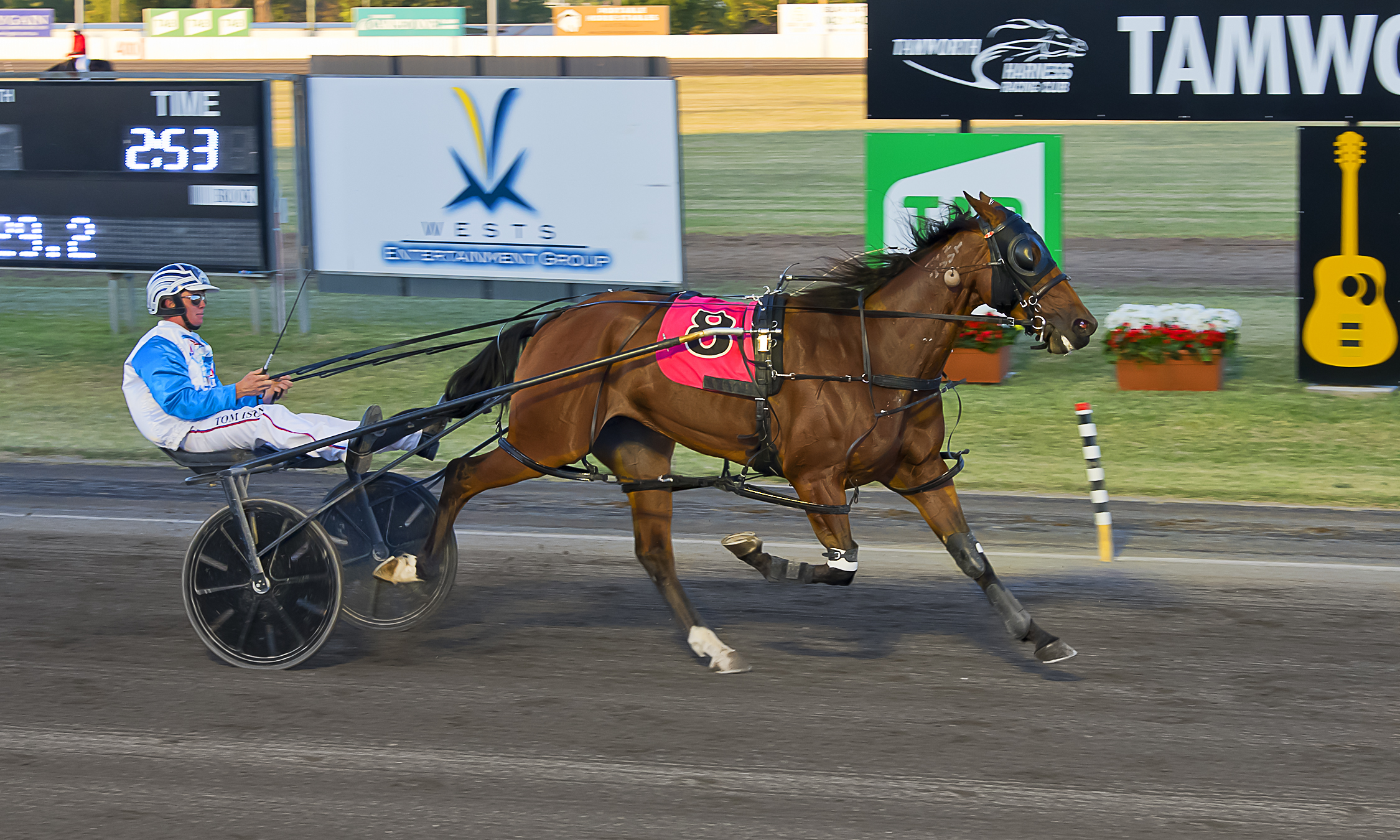 Newcastle40 Rodney Atkins1 Sunshine Pepper1
DURING his time in harness racing, Hunter Valley horseman Rodney Atkins has been able to secure his fair share of handy pacers. But very...

DURING his time in harness racing, Hunter Valley horseman Rodney Atkins has been able to secure his fair share of handy pacers.

But very few of them have been able to get him as excited as his current stable star, Sunshine Pepper.

Atkins trains a small team of six pacers from his Oakhampton base, just north of Maitland, and he is looking forward to the next few weeks when Sunshine Pepper contests the New South Wales Breeders Challenge.

“I have planned a busy schedule ahead for him,” said Atkins.

“He will have two runs here at Newcastle to keep him ticking over before he contests the semi-final at Tabcorp Park Menangle on October 23 and then, fingers crossed – the final a week later”.

“If he comes through those races in good order I will then aim up at the True-Blue Series in November and then the Breeders Challenge Regional Final in December.”

Sunshine Pepper was impressive in winning his Breeders Challenge Heat at Tamworth on September 9, when he led and rated a fast 1.56.2 defeating a smart field that included Pops Boy and What Now Shannon.

That followed a win at Newcastle a week earlier when he raced off the speed and proved too smart in the run home, recording a mile rate of 1.55.5 and scoring by more than four metres.

“He has come back a lot stronger and more mature as a three year old,” said Atkins.

“Prior to his first run back on August 30, he had not trialled and that run topped him off for Tamworth, where he was superb.

“I am really looking forward to the next two months of racing with him as I am confident that he can mix it with the state’s top juveniles.”

In the opening race tonight, Atkins will be chasing a hat-trick of wins with Sunshine Pepper and from barrier four, the colt should be able to secure a forward position.

“He is a very nice horse and win, lose or draw tonight it will not greatly concern me,” said Atkins.

“We have bigger assignments in sight, but I do feel he can win again, even though there are some handy older horses he will have to overpower.”

It is a solid program at Newcastle this evening with the highlight being the open class (Race 6), which has attracted a smart field, including Ashark and Pitch Perfect, which will vie for favouritism.

Blake’s milestone to remember
All the winners for Newcastle’s big Inter Do...
At last, it seems the Penny has ‘dropped’
Clash of the big guns at Newcastle
About author