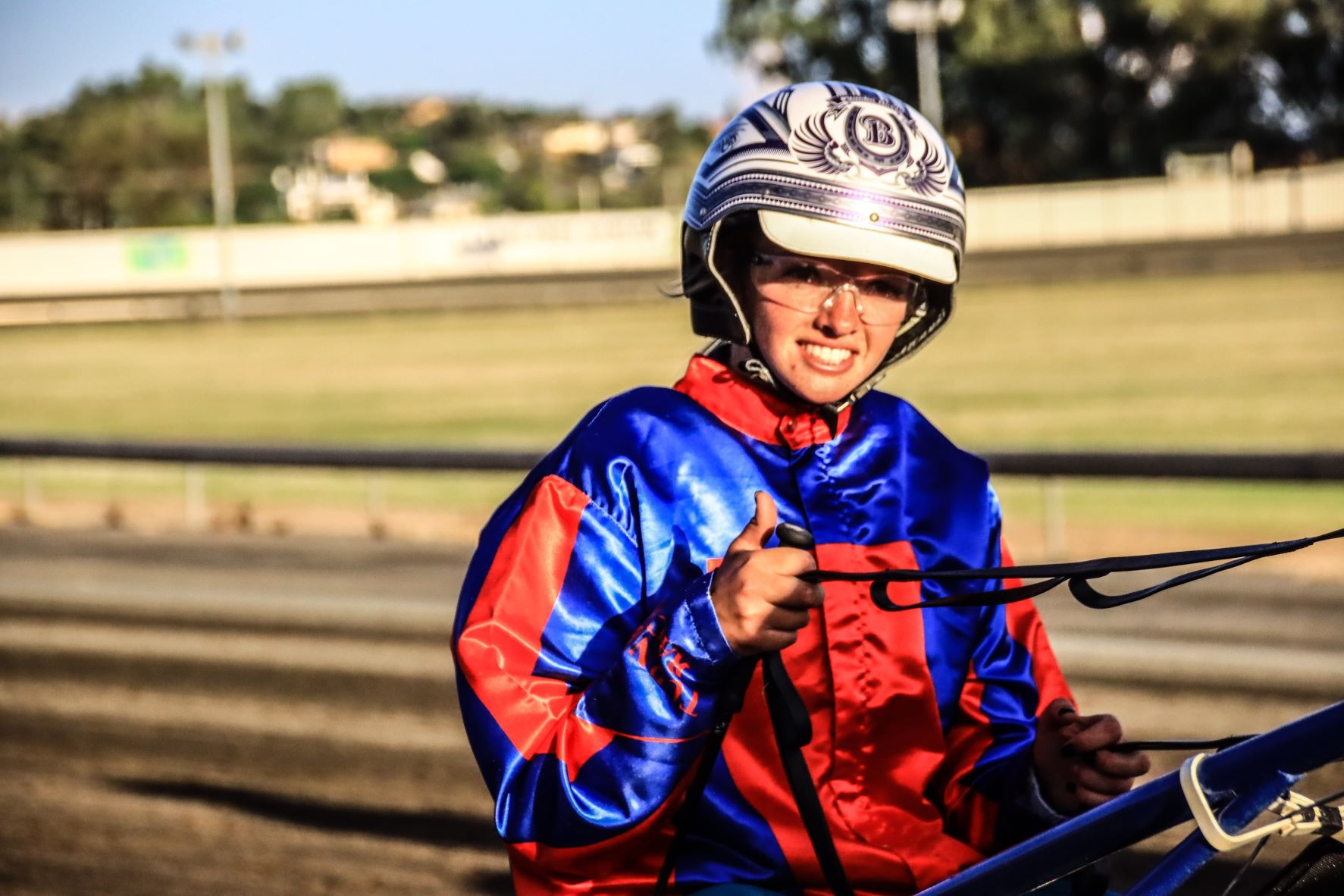 bathurst64 Nathan Hurst4 Phoebe Betts4
FROM the time she gained her license a little over two years ago, young Bathurst driver Phoebe Betts has found herself in much demand....

FROM the time she gained her license a little over two years ago, young Bathurst driver Phoebe Betts has found herself in much demand.

Phoebe was born into the sport, with both her parents coming from a harness racing background, so it was no surprise the 18-year-old was hooked on the sport from a young age.

Last Friday night at Parkes, Betts brought up the first of what is likely to be one of many milestones when she scored her 50th win aboard Negative Nancy, a handy mare trained by her father Graham.

Many of the Bathurst trainers give the youngster opportunities and to date, she has had 572 drives and in addition to her 50 winners has another 122 placings on her impressive record.

Phoebe is currently working a team of 12 pacers alongside her mother Monica, but it does not stop there as she also works for Chris and Anthony Frisby.

“I love working in the sport and with the horses and what I do keeps me very busy,” said Phoebe.

“I head to Chris and Anthony’s place first thing of a morning and do whatever is needed there and then come home to work the horses that mum and I muck around with.

“I owe such a big vote of thanks to the trainers who get me to drive their horses, week-in and week-out.

“They entrust me to do the right thing with their horses and no doubt that has helped get me to this special milestone so quickly.”

Phoebe is at home tonight at Bathurst Paceway, which was where it all began for her when she landed her first winner there, three weeks after she began her driving career.

“I only have two drives tonight, both are for Nathan Hurst, and they look to have great chances,” she said.

“Tulhurst Terror is very consistent, so he is always a chance whenever he goes around.

“Even though he is up in grade tonight I still expect he will put in his best.

“I am keen on the chances of Tulhurst Writer in the last too.

“He is going really well at the moment and from the good draw he could nearly break through.”

Nathan Turnbull currently sits on 499 career winners as a reinsman and could achieve another milestone tonight as he has five drives on the program.

BATHURST PREVIEW JULY 26: Rixon the stable to foll...
Kash is the real hero in a ‘Gem’ of a ...
Chris still has that magic touch
He’s happy to wear the ‘Crown’ a...
About author