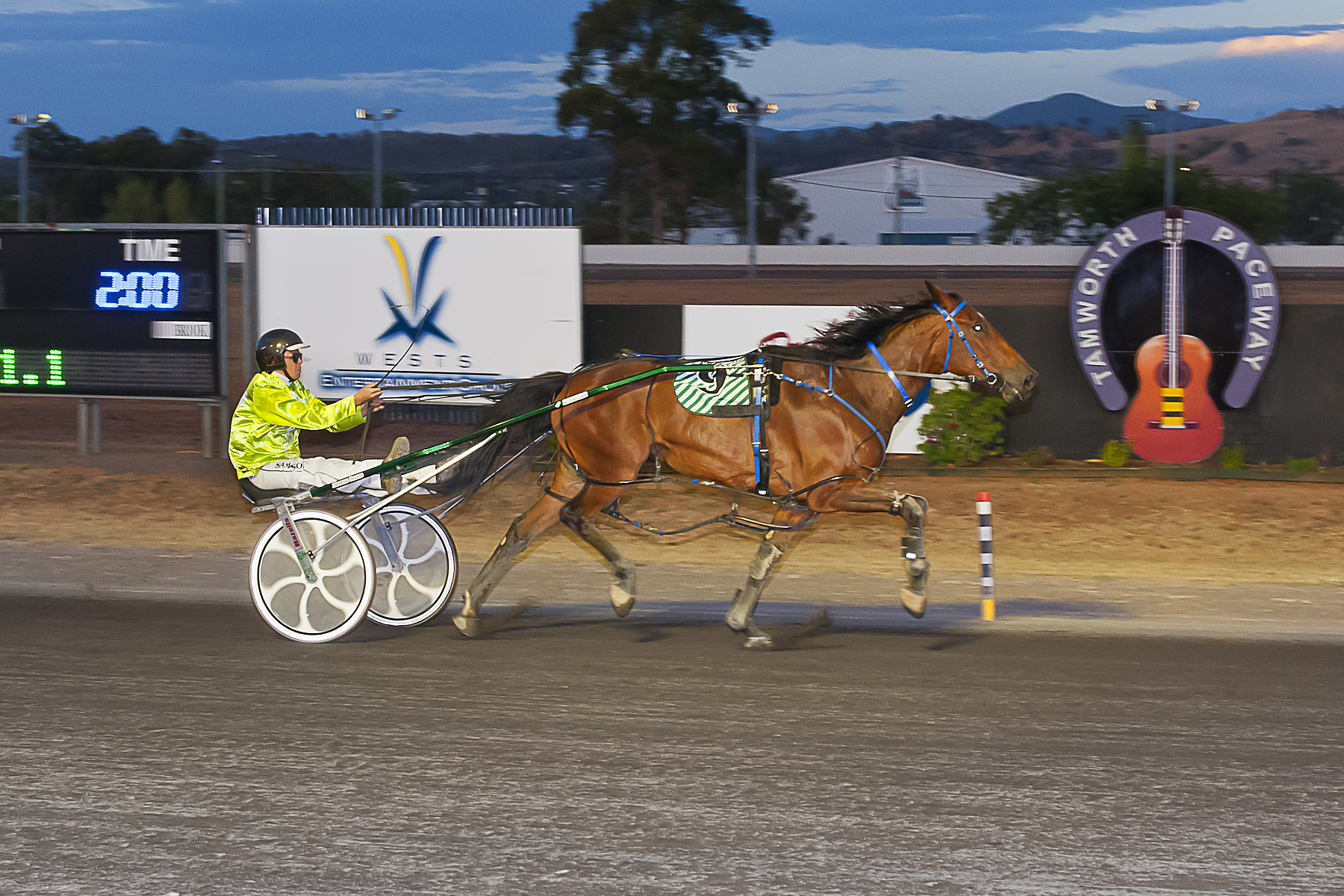 A gold nugget up for grabs

THE Tamworth Harness Racing Club January racing carnival kicks off tonight at Tamworth Paceway with the running of the $10,000 Pub Group Gold Nugget which offers a Gold Nugget as the trophy.

The full field of 10 runners has drawn together a mixture of competitors from local stables, along with Queensland and the Hunter Valley pacers.

One local who is pumped and ready to hit the paceway is the Sam Ison-trained Bassey for local owners Rod and Di Hazell.

“Rod loved it when we made it into the Group 2 Red Ochre recently at Dubbo after being a first emergency – he just enjoys watching her (Bassey) go around,” said Ison, who will also take the reins behind the Big Jim mare which has 10 wins.

“I reckon she is tough enough – most of her wins have been from racing out in the breeze (just outside the leader) or she can sprint when she wants to and has gone around this track (Tamworth) in 27 and 28.”

Drawing the six barrier on the extreme outside in the 1980 metre Gold Nugget race was not to Ison’s liking.

“I was hoping for a seven or eight gate – out of the six barrier is a bit harder,” Ison said.

“We will go around and see what happens.

“Her run last week was just coming back from a spell and didn’t go as I quite expected but it is just good to be in the Gold Nugget race.”

Bassey finished seventh to Feelingforarainbow from the Dan Russell stables with the Queensland pacer clocking 1.57.6 for 1609 metres in her last start at Tamworth.

After contesting the Pub Group Gold Nugget last year and finishing fifth to The Bus from the Aaron Goadsby stables at Singleton and driven by Guy Chapple with a mile rate of 1.56, Ison knows the kudos of the race and is hopeful of a local win.

“It is good that the race has attracted runners from everywhere,” Ison said.

“It would be good to see a local win the race again.”

Beside the barrier draw, Ison will contest the Pub Group Gold Nugget alongside his younger brother Tom, who drives for the Roy Roots junior stables in the Hunter Valley.

At this stage Tom is yet to decide which runner he will take the reins behind in the feature race with the Roots having two runners – Alabama Shakes or Glengarry Rose, a last start winner at Tamworth.

“It will be game on for sure with Tom,” Ison said.

“The trophy of a gold nugget is a good attraction as well and good to see that the race has been going for all these years.

“A gold nugget as an ornament would be a good thing.”

Honour Board for the last 10 runnings of the The Pub Group Gold Nugget: