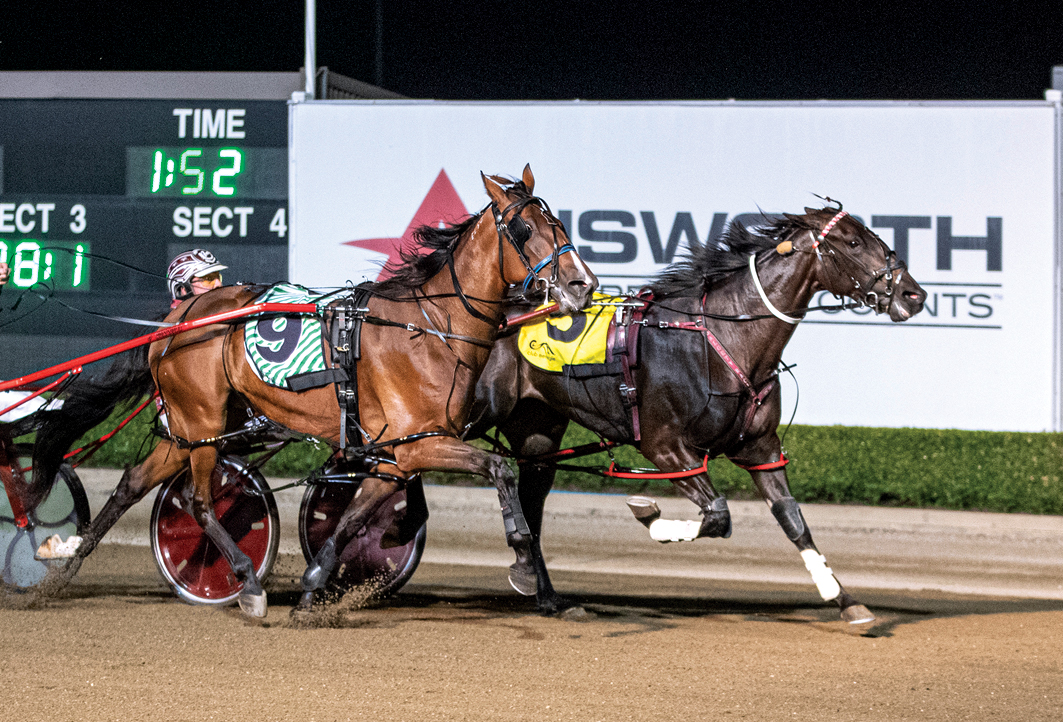 Tackling tonight’s Raith Memorial at Tabcorp Park Menangle, Dr Susan proved too good for her rivals, but not without giving connections and punters a scare.

A $1.60 favourite, the Cran Dalgety-trained filly appeared to have the Group Two won halfway along the home straight before Vincenzina emerged from the pack.

Finishing with a breathtaking sprint, Vincenzina got within a head of Dr Susan as the pair finished 15-and-a-half metres ahead of the remainder of the field.

“It got close at the finish,” driver Anthony Butt said. “She looked set to win it quite easily after she hit the front, but switched off once she was out on her own.

“That’s taking nothing away from the runner-up which came with a tremendous sprint.”

Covering the mile in 1:52.1 in what was a cameo appearance in New South Wales, Dr Susan will be sent south during the week to contest next Saturday night’s Victoria Oaks heats in Ballarat.

Should all go according to plan the daughter of Bettors Delight will then contest the $150,000 Final in Melton.

“She is off to Victoria now for the Oaks,” Butt said. “She will go down on Wednesday to get ready for the heats.

“Although she regular over in New Zealand last month, this run will do her good going into the Oaks.”

Dr Susan’s southern sojourn will be followed by a return to Menangle for the New South Wales Oaks.

Heats of the Blue Riband are scheduled for February 22, with the Group One decider the following week.