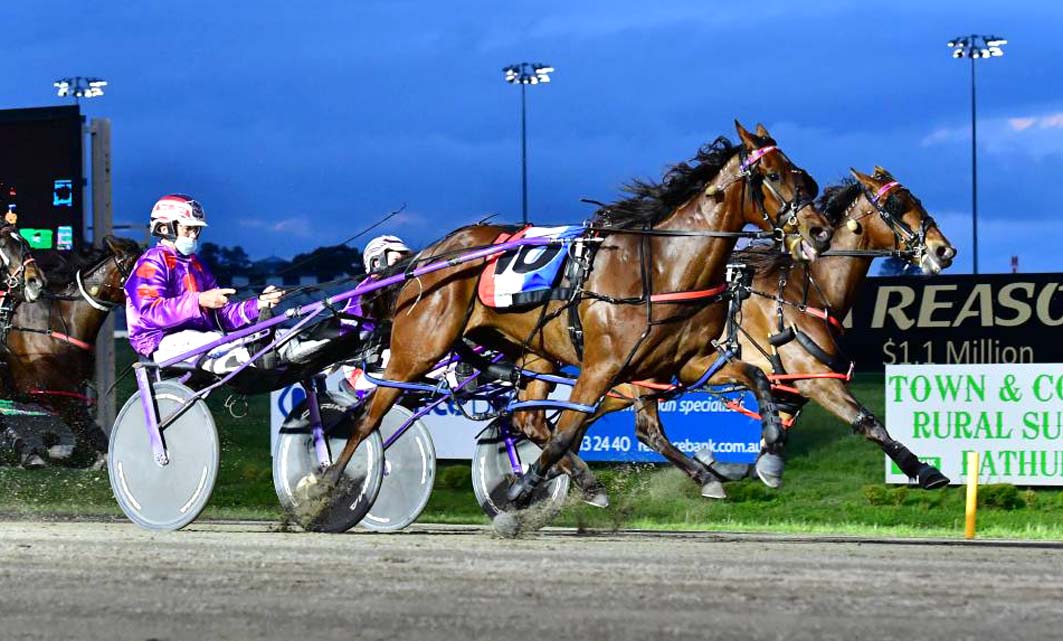 WINONA WRITER, on the outside, winning her Breeders' Challenge heat

UNBEATEN filly Winona Writer faces an acid test this weekend. Winner of her five starts predominantly in Bathurst, Winona Writer is engaged in a...

Winner of her five starts predominantly in Bathurst, Winona Writer is engaged in a New South Wales Breeders’ Challenge semi-final at Club Menangle.

Despite the step up in class, trainer Bernie Hewitt is confident Winona Writer can maintain her perfect record.

“It’s not going to be easy as there are a lot of classy fillies in the race,” Hewitt said. “So far she has done everything asked of her and done it well.

“You can only beat what’s there against you and she keeps finding a way of doing that.

“I was very pleased with her heat win last week and she has trained on a treat since then.”

To be driven by Hewitt, Winona Writer has drawn awkwardly in barrier five, with the astute horseman yet to decide on tactics with the daughter of Sportswriter.

“The draw could be a bit tricky,” Hewitt said. “I’ll have to wait and see how those inside her come out and go from there.”

Hewitt will also be represented by Infinity Beach, which has drawn ideally in the pole.

A winner two starts ago, Infinity Beach was runner-up behind Winona Writer during their heat.

“She is a nice filly which has got every chance of getting into the Final from the draw,” Hewitt said.

“They will both go well and can hopefully achieve the main objective, which is getting to the big one next week.”