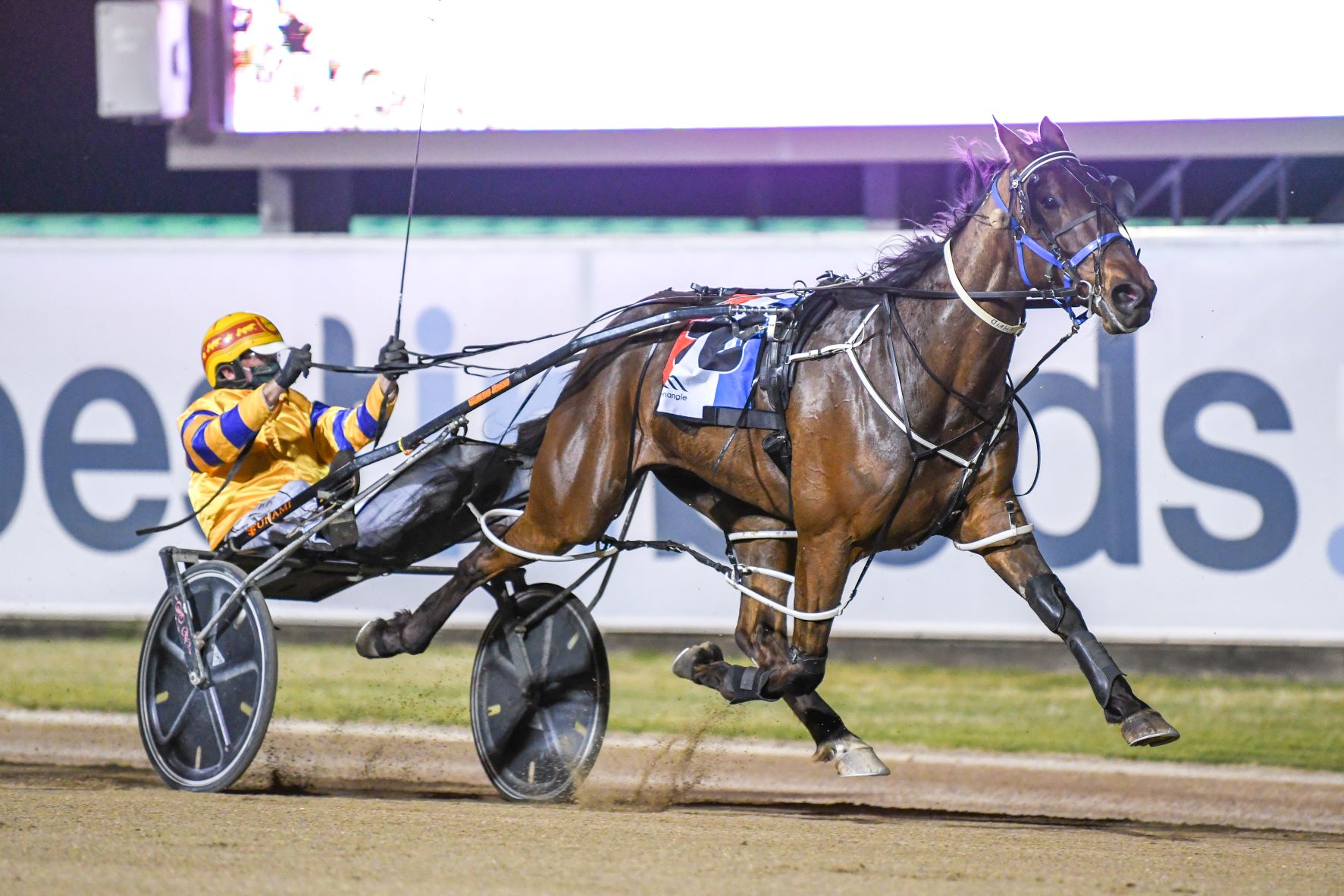 A FAVOURABLE draw has Titian Raider in a strong position to continue his winning streak during the weekend. Successful at his last his five...

A FAVOURABLE draw has Titian Raider in a strong position to continue his winning streak during the weekend.

Successful at his last his five starts, Titian Raider is engaged in a New South Wales Breeders’ Challenge semi-final at Club Menangle.

To driver Harry Martin’s delight, the son of Sunshine Beach is expected to settle forward from barrier three.

With the removal of the emergency Titian Raider slots into gate two.

“He’s in terrific condition and I expect him to run another good race on Saturday night,” Martin said.

“He won at Menangle in handy time a few we3eks ago and has been terrific in his track work.

“I will give him a run in the trials there tomorrow to keep him on his toes and sharpen him right up for the weekend.”

Citing Bar Rooma Banta as the one to beat, Martin is also wary of The Stain.

Winner of his last two starts, Bar Room Banta has drawn wide in 10, but moves into eight once the emergencies are taken out of the equation.

The Stain, which been too good during his last three outings, will come from six.

“Bar Room Banta has proven himself as the one to beat,” Martin said. “He’s drawn a little tough, but that won’t worry him.

“The Stain is in terrific form and looks like a nice type.”