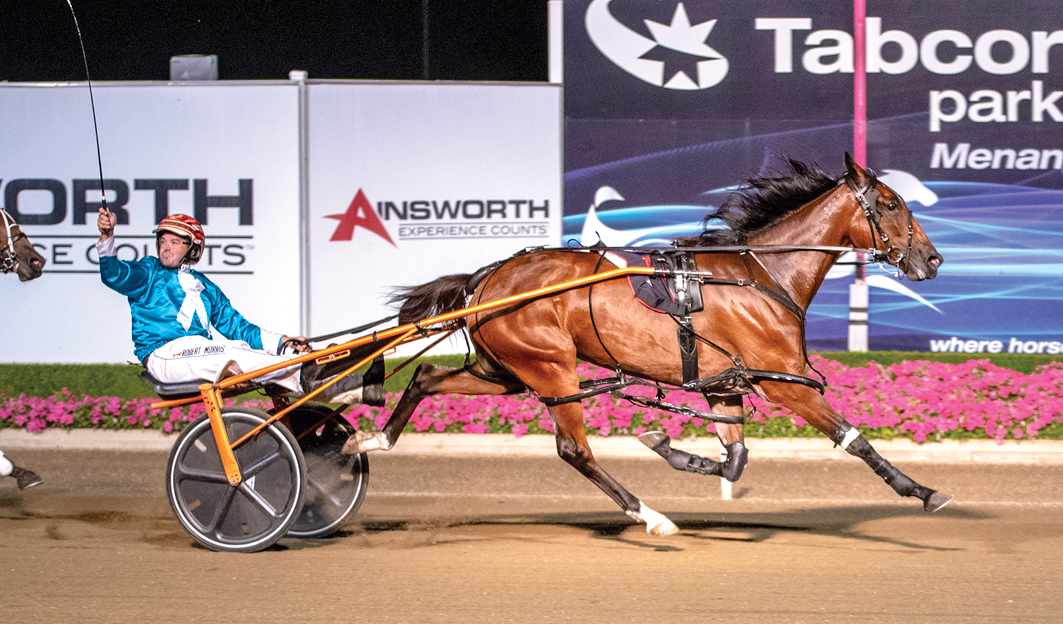 Another step towards revenge

ANOTHER step towards revenge will be taken on Saturday night. Having finished second in last year’s New South Wales Breeders’ Challenge Final, Eye Can...

ANOTHER step towards revenge will be taken on Saturday night.

Having finished second in last year’s New South Wales Breeders’ Challenge Final, Eye Can Run will seek to go one better this season, which brings her to Club Menangle during the weekend.

Successful in her heat in Tamworth on September 17, Eye Can Run is set to contest a semi-final at the world class venue.

Pleased with the filly’s progress, trainer KerryAnn Morris is quietly confident the Eye Can Run can join several members of her family on the futurity’s honour roll.

From unraced mare Eye Betta Fly, the three-year-old is from the same clan as Breeders’ Challenge champions Eye See Diamonds and Hardhitter.

The family also includes Two Eye See which enjoyed Group One success, with his triumph coming in the Kevin Seymour Nursery Final at Albion Park.

Eye Can Run’s close relative – Private Eye – is engaged in the opening three-year-old semi for the ‘boys’.

“She has come along really well and will be in perfect shape for the semi-final,” Morris said. “Her work this week has been solid and she feels as good as ever.”

With Morris’ husband Robbie to take the reins, Eye Can Run has drawn barrier four.

The daughter of Heston Blue Chip slots into three with the removal of the emergency.

Despite her form and draw, Eye Can Run is midrange in betting at $14 with TAB Fixed Odds.

Jenden Strike is the $1.65 favourite from gate two.

“She has drawn to get a good trip and hopefully can take full advantage of it,” Morris said. “As much as we’d like to see her win her semi, the main aim is to get into the Final.”