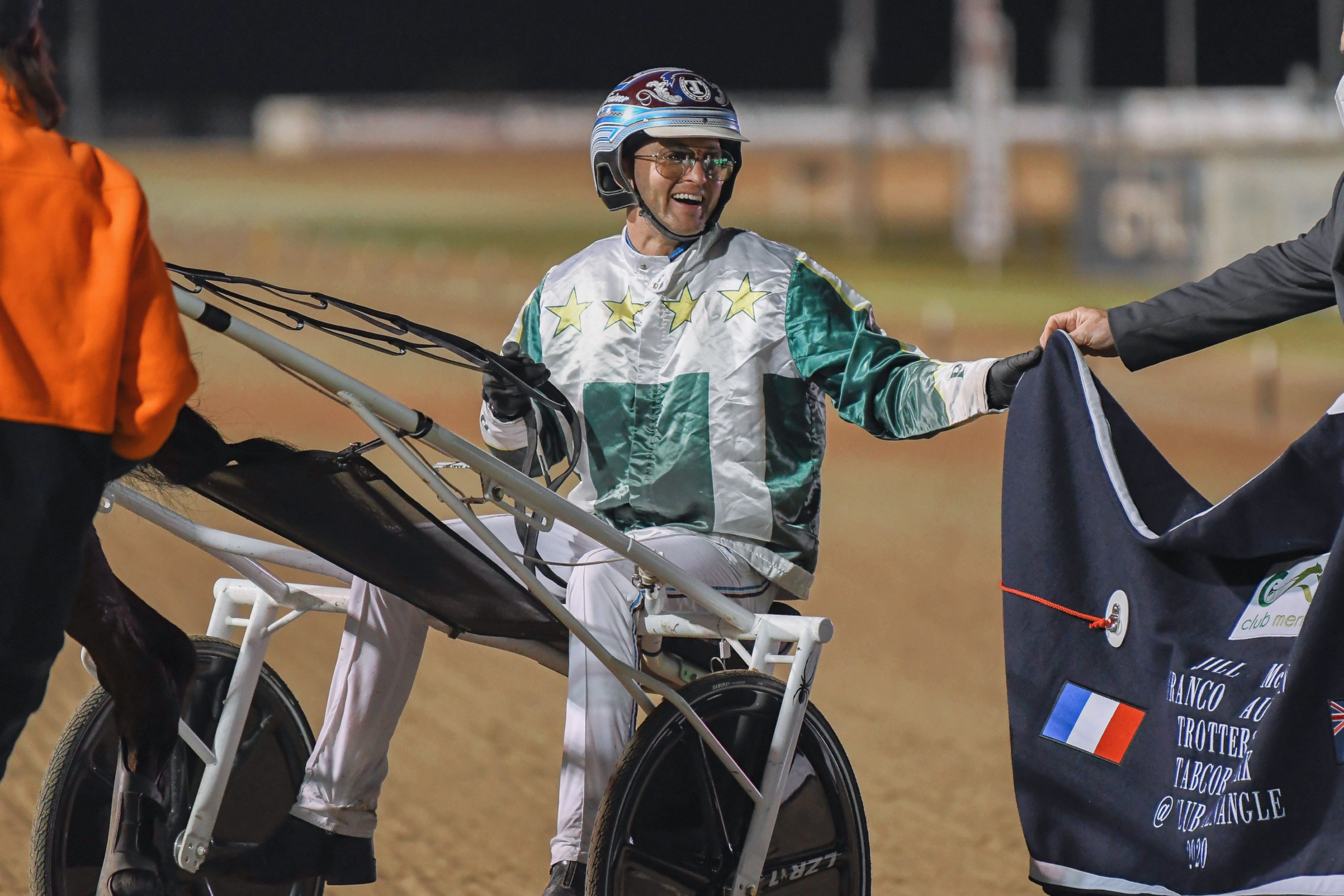 Jack’s got his eye on his first Group One

Jack Trainor40 Penrith46
JACK Trainor is making the most of his recent decision to branch out and train a few pacers of his own. Known for his...

JACK Trainor is making the most of his recent decision to branch out and train a few pacers of his own.

Known for his talent as a freelance reinsman, the former New Zealander continues to find himself in the winners’ circle, picking up drives for many of the leading Sydney stables.

But the drive that has Jack more than just a little excited is aboard the bonny Menangle Park filly Anntonia for trainer David Thorn.

Trainor can hardly wait until Saturday week to partner the daughter of Bettors Delight in the $125,000 New South Wales Breeders Challenge for two-year-old fillies.

Asked what it’s like having the biggest chance of winning his first Group One, Jack said it is definitely exciting.

“I love driving Anntonia as she has lots of character and deserves to win a big race,” he said.

“I have a lot of confidence in her, but I know that we are coming up against a top field.

“Craig Cross’s filly [Pantaloon] is the makings of the top horse and there are others in the race with plenty of class.

“It will be a really exciting race, that is for sure.

“We are happy that she has drawn barrier two, but she is not known for her gate speed.

“But she did feel good coming out of the gate in the semi-final; I was just happy to ease her after the start to keep her out of trouble.

“I will see how she comes out next week and hopefully I can find a forward spot.”

Trainer David Thorn has a small but select team of horses and apart from Anntonia, puts the polish on Expensive Ego, who, after being unbeaten in six starts as a two-year-old, failed to make the semi-finals of the Breeders Challenge following a sixth placing in his heat.

Thorn has two runners engaged at Penrith tonight and both are expected to perform well.

Vantori Hanover will contest the TAB Long Many We Play Pace (Race 2) and was a Menangle winner on August 31.

The filly has been unplaced in two runs since but is dropping back in grade tonight and from barrier three, reinsman Jim Douglass should be able to find a spot close to the lead.

Backintown (Race 4), a recent Penrith winner rating a fast 1.54.8, is the second runner for Thorn,.

From ‘Trainor’ to ‘trainer’...
He’s on the road for ‘Memphis’
Anntonia breaks Australasian record with slashing ...
Trainor thrilled with latest acquisition
About author