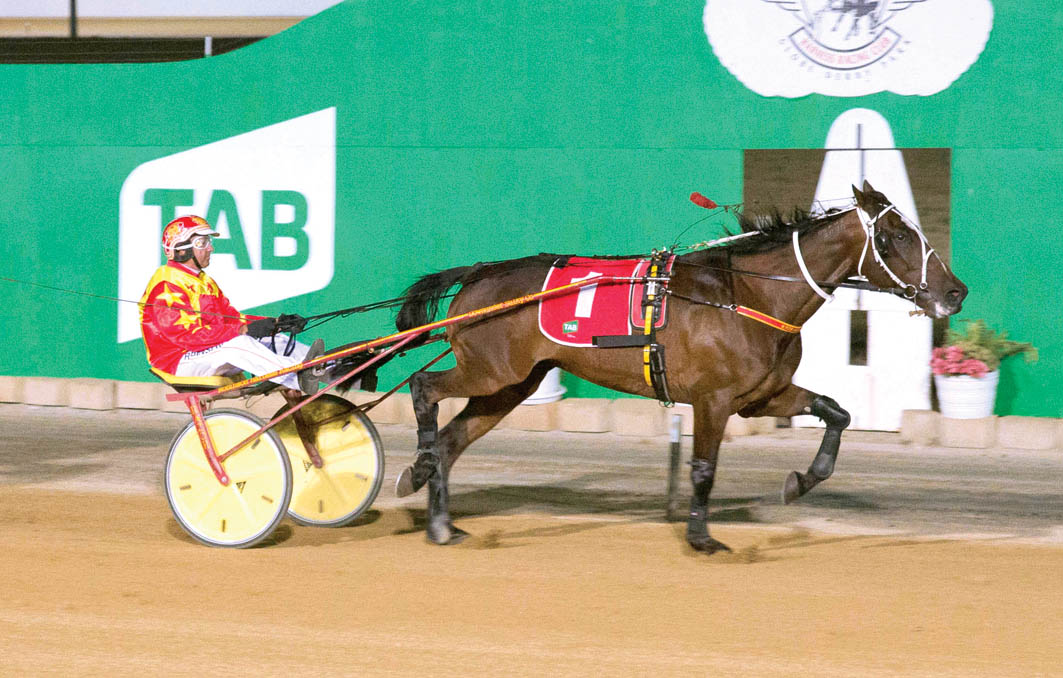 Anything can happen in racing

ANYTHING can happen in racing is precisely the theory Anthony Robinson will be relying on at Globe Derby on Saturday night. Robinson is set...

ANYTHING can happen in racing is precisely the theory Anthony Robinson will be relying on at Globe Derby on Saturday night.

Robinson is set to compete in the South Australia Trotters’ Cup with veteran squaregaiter Ghent, which heads into the Group Two with strong form.

A last start winner in Victor Harbor, Ghent has also drawn perfectly in the pole.

As good as that all sounds, the son of Earl will undertake a huge step up in class which is reflected by his $126 quote with TAB Fixed Odds.

In fact, it is a bigger rise in opposition than Robinson was planning on.

“I would have preferred he raced in The Legends earlier in the night, but on points he had to go in Cup,” Robinson said.

“That’s one of the problems with the national ratings system…they get to their mark too quickly.

“He should only be a T2 under old system but he’s in the main race on points.

“I’d put him in the top three or four in South Australia but the others from Victoria will be a bit too sharp.

“At least from the draw he will be on the pegs which is pretty good, so if he can run in the first six I will be pretty happy.”

Looking forward Robinson has earmarked the Strathalbyn Trotters’ Cup as Ghent’s next target.

The provincial feature is scheduled to be run on February 24.

“Strathalbyn is next and is pretty much all there is for him,” Robinson said. “Like I said, with the ratings system it is getting too tough.

“When the couple I have are finished I will get out of the game and find something else to do.”