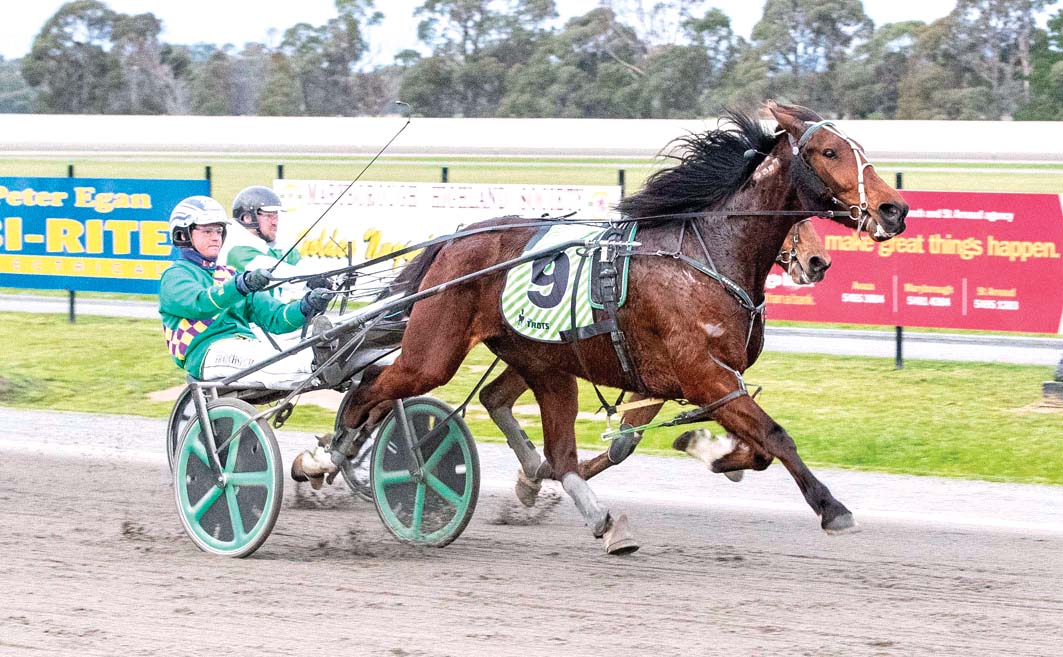 PROMINENT trainer Brent Lilley is hoping for a successful weekend as he chases features in two states. Beginning with tomorrow night’s Echuca meeting, the...

PROMINENT trainer Brent Lilley is hoping for a successful weekend as he chases features in two states.

Beginning with tomorrow night’s Echuca meeting, the Victorian-based horseman will contest the Pacing Cup and Crystal Bucket with a pair of favourites.

A last-start winner of The Pure Steel in Melton, Sicario is a $1.40 favourite in the Cup after drawing the pole.

Despite being first-up from a spell, Stress Factor is a $1.90 shot from his 10-metre mark in the Bucket.

Lilley will then cross the border for Saturday night’s South Australia Trotters’ Cup at Globe Derby.

Winner of the time-honoured event with Leannes Boy in 2016, Lilley has two starters in his quest for a second Cup triumph.

Making a successful Australian debut a fortnight ago, Izmok has drawn the middle of the second row.

The son of Muscles Yankee will be driven by Austin Mifsud, who partnered Daquiri to capture the 2018 Cup.

“He did a top job in his first start and has trained on very well,” Lilley said. “Coming off the second row could be a bit tricky as far as traffic is concerned, but he is ready to run a good race.

“Globe Derby is the kind of track which can catch a few horses out, but his win was at Stawell, so I can’t see it being a problem.”

Lilley will also be represented by Mass Destruction, which is the sole starter from the 20-metre back mark.

Boasting three wins from previous five starts – including the Cobram Trotters’ Cup at his last outing – Mass Destruction is on the second line of betting at $3.90 with TAB Fixed Odds.

Although he is the emergency for the Group Two, Ronald J is the $1.90 favourite.

Star mare Kitsilano is regarded as the best of the locals at $7 from barrier four.

“Mass Destruction has been racing in strong form and will be hard to beat again,” Lilley said. “Coming off 20 metres won’t be easy but he is capable of doing it.”

Lilley also has Galleons Victory in one of the support races – Legends Trot – earlier on the card.

The son of Muscle Mass has drawn to lead throughout from two.

“He didn’t perform as well as he should last start, but has been working fine since,” Lilley said. “He’ll be very right in the finish from the draw.”

Young ‘guns’ set for a Newcastle showd...
Trainor looking to land his own ‘quaddieR...
Top driver hospitalised for Christmas
You were warned!
About author