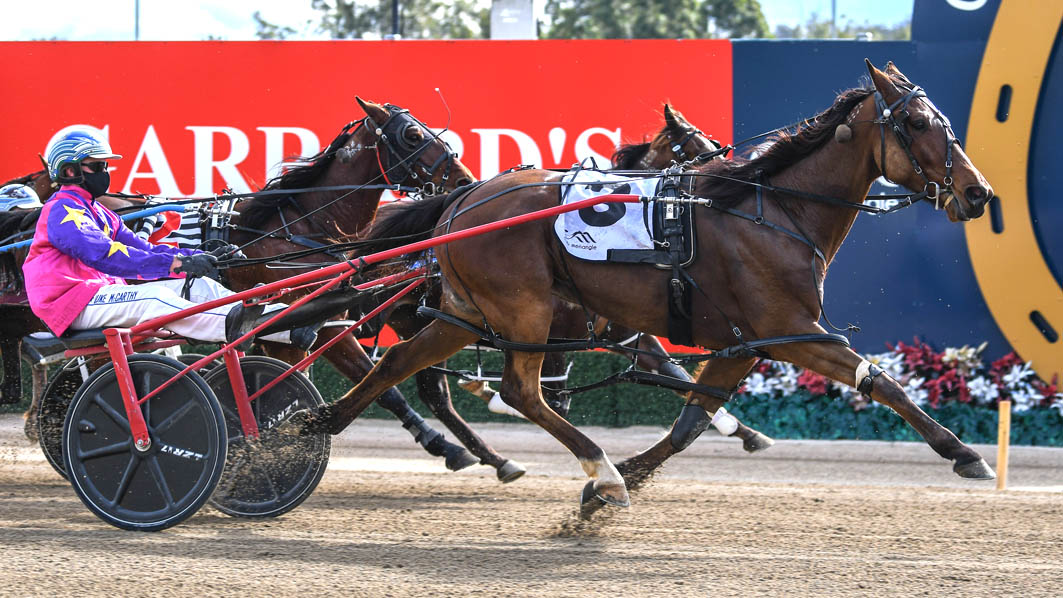 WELL-BRED freshman Offyarocka Crocker will be given the opportunity to join his siblings as a feature race winner in coming weeks. By Art Major,...

WELL-BRED freshman Offyarocka Crocker will be given the opportunity to join his siblings as a feature race winner in coming weeks.

By Art Major, Offyarocka Crocker is from award-winning broodmare Aratusa Lass, which boasts a perfect record from seven starters.

As for Offyarocka Crocker, he’s been aimed at the New South Wales Breeders’ Challenge following his victory at Club Menangle yesterday.

Owner Gary Crocker confirmed the two-year-old will tackle a heat of the futurity next week.

Should all go to plan, Offyarocka Crocker will make his way into the $125,000 Final at Club Menangle on October 30.

“We’ve been very happy with what he has done so far,” Crocker said. “You can’t ask for much more than two wins and a third from his three starts.

“He shows a lot of promise, but time will tell how good he is as he steps up in grade.

“The Breeders’ Challenge is going to be a good test for him.”

Driven by Luke McCarthy during his latest outing, Offyarocka Crocker was settled three-back along the pegs from barrier three as the field travelled in ‘Indian file’.

Angled into the middle of the track along the home straight, Offyarocka Crocker sprinted to a two-metre win from Iambecauseofyou, with Master Stride a neck away third.

Trained by Michael Doltoff, Offyarocka Crocker covered the mile in 1:54.8.

“It was a handy run,” Crocker said. “They’ve run the last quarter in 27.3 seconds and he was out wide doing it.

“Michael is doing a terrific job with him and expects him to keep improving as he goes along.”