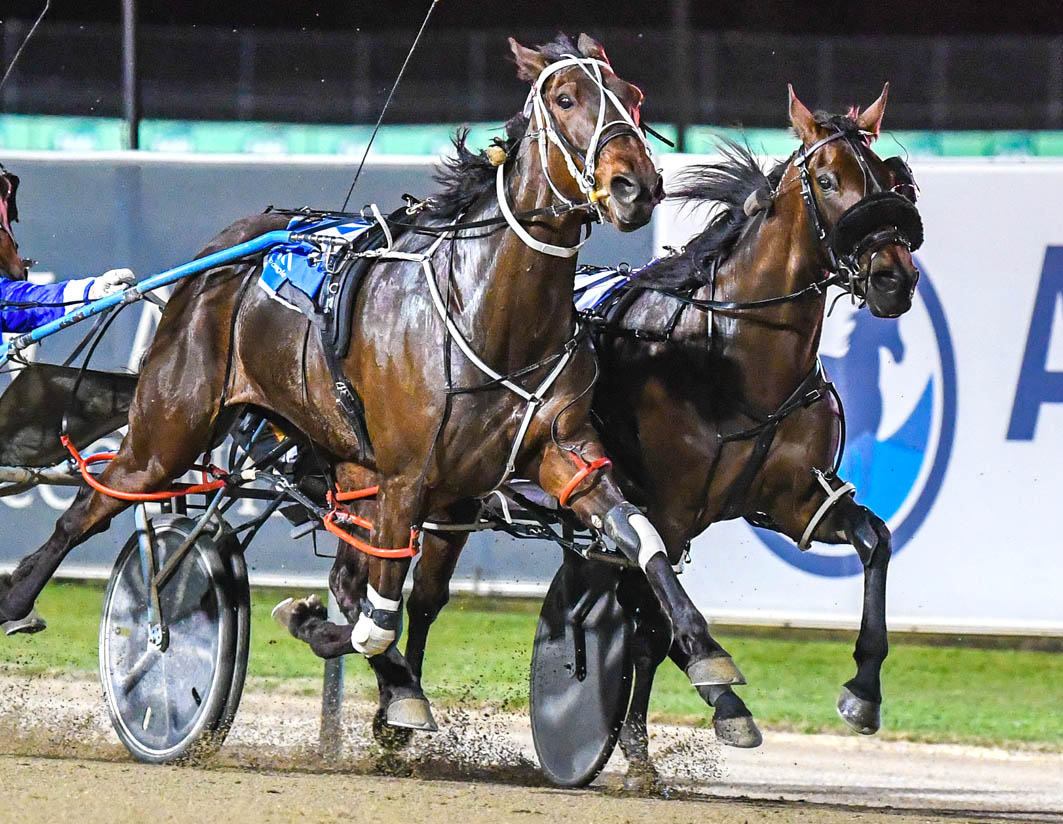 CLASSY filly Cherishthememories will back-up from her victory during the weekend in Penrith on Thursday night.

Racing against older rivals, Cherishthememories led from barrier three before being beaten a head by Shanlou in 1:54.9 over a mile.

The Cameron Ross-trained youngster was then promoted to first on protest.

“It’s not how you set out to win a race, but you always take a win,” Ross said. “I was very happy with her run and it will top her off nicely for Penrith.”

Along with her stablemate Machs Legacy, Cherishthememories will head to the provincial circuit for a New South Wales Breeders’ Challenge heat.

Cherishthememories has fared best of the pair in barrier four.

To be driven by David Morris, the daughter of Sportswriter slots into three with the removal of the emergency.

Machs Legacy will come from seven – the inside of the second row.

“Cherishthememories has definitely drawn to be right in the finish,” Ross said. “Machs Legacy is a very nice filly and I expect her to go well, but the draw hasn’t helped.

“Although she is first-up from a break and also drawn out back, Anntonia is the one to beat.”