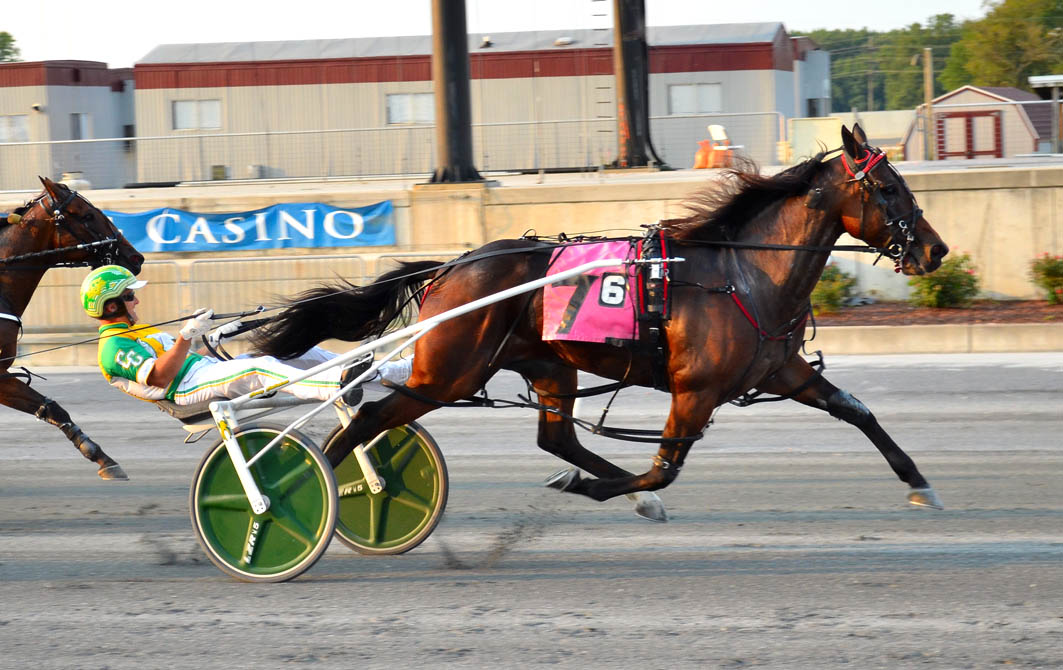 Driven by Corey Callahan, the son of Shoobee’s Place grinded away first-over at pacesetter Keep On Rocking and edged clear in the stretch for his eighth win of the year.

It was the 25th win for Shoobee Doo, which was first-up for five weeks for trainer Dylan Davis, who co-owns the gelding with Michael Casalino.

It was a speedy night around the half-mile oval as two horses blazed to sub-1:52 miles on the undercard, including New Zealand-bred pacer Justasec.

With Pat Berry in the cart, Justasec stopped the clock in 1:51.4.