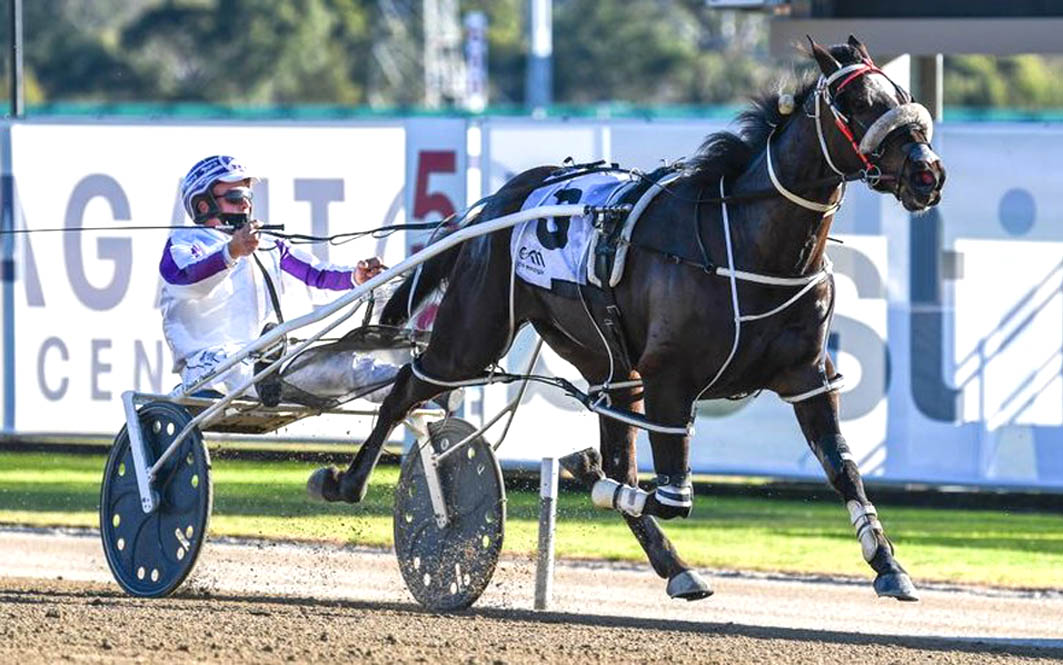 Trainer Brian Portelli outlined his plans for the two-year-old following his victory in yesterday’s Australian Pacing Gold Sovereign, with the state-wide futurity at the top of the program.

Heats of the series begin in Young on September 14, with the $125,000 Final scheduled to be held at Club Menangle on October 30.

With qualifiers to be conducted at various tracks, Portelli is yet to decide which heat he will contest with Smaltese.

“I’ll give him as easy few days before I look at a Breeders’ Challenge heat,” Portelli said.

“They start next month so he’s got time to let down a little before I get him going again.

“Hopefully he can progress through that series and make his way into the Final later in the year.

“From what he has shown so far I’d be disappointed if he goes get that far.”

With Portelli holding the reins, Smaltese began quickly to find the pegs from barrier three but was unable to hold out Rainbow Titan which led from gate six.

Not content to take a trail, Portelli angled the son of Sweet Lou away from the pegs to work to the lead in a quick 26-second quarter.

Covering the mile in 1:53.2 the colt took his record to three wins and two seconds from five starts for earnings of $35,429.

“I was extremely pleased with his run,” Portelli said. “That was his first run for four weeks and he did it quite well.

“He’s coming along nicely and should continue to improve with experience as the season goes on.”