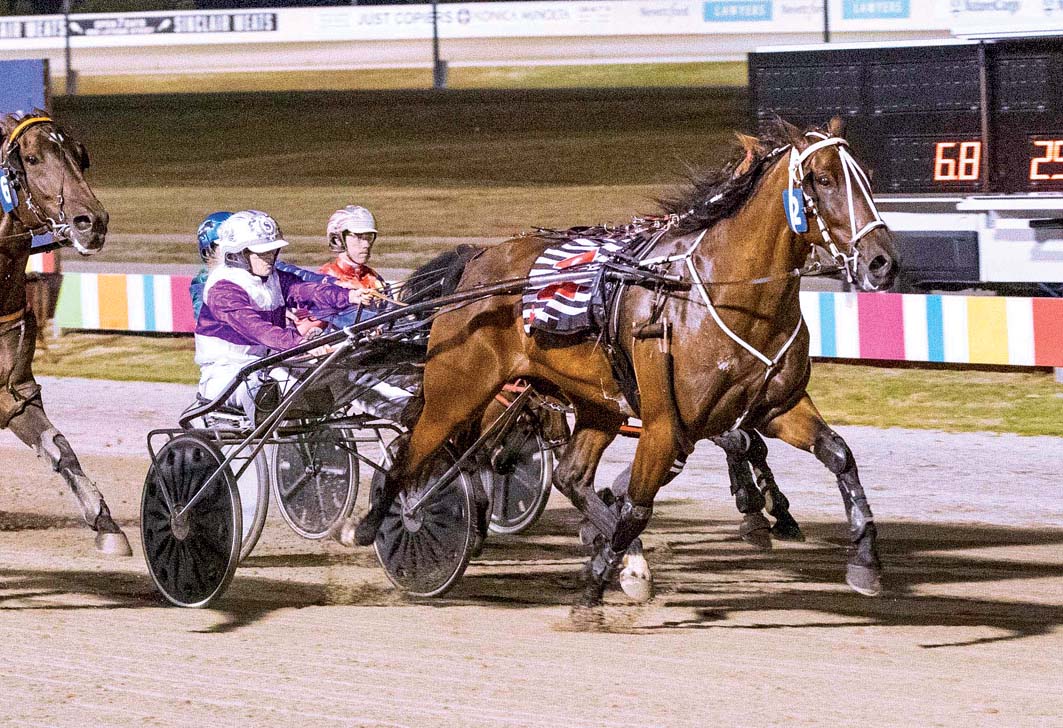 IT TOOK a little longer than anticipated but comeback pacer Neanger Guy registered a long overdue victory in Ballarat during the weekend. Sidelined 27...

IT TOOK a little longer than anticipated but comeback pacer Neanger Guy registered a long overdue victory in Ballarat during the weekend.

Sidelined 27 months, Neanger Guy was runner-up during his first run back, giving trainer Jim O’Sullivan plenty of confidence with the son of Live Die.

That changed when Neanger Guy outstayed his rivals with O’Sullivan’s daughter, Shannon, in the cart.

“He was trained by Ken Bartels who unfortunately had a stroke, so he was put in a paddock and pretty much forgotten about for a while,” O’Sullivan explained.

“Ken’s son tried him, but they didn’t get along and because I had shod him a couple of times Ken asked if I wanted to give him a go.

“I knew he went along well enough so I took him on.

“It’s taken a little longer to get a win on the board, but now he has done it, maybe he can put a few together.”

Driven aggressively to lead from barrier two, Neanger Guy was unable to hold out Above Average which was also pushed hard to find the front from gate four.

Quickly angled away from the pegs, Neanger Guy was taken to the ‘death seat’ to test the pacemaker.

Forging his way to the lead halfway along the home straight, the gelding completed a two-and-a-half metre win from Creative Lad, with Save The Game a short half-head away third in 1:57.2 over 1710 metres.

“I was very happy with his effort,” O’Sullivan said. “He will have a couple of days off now to recover from the tough run before we look at a heat and Final series with him.

“The heats are in Bendigo next week with the Final also in Bendigo a week later.”