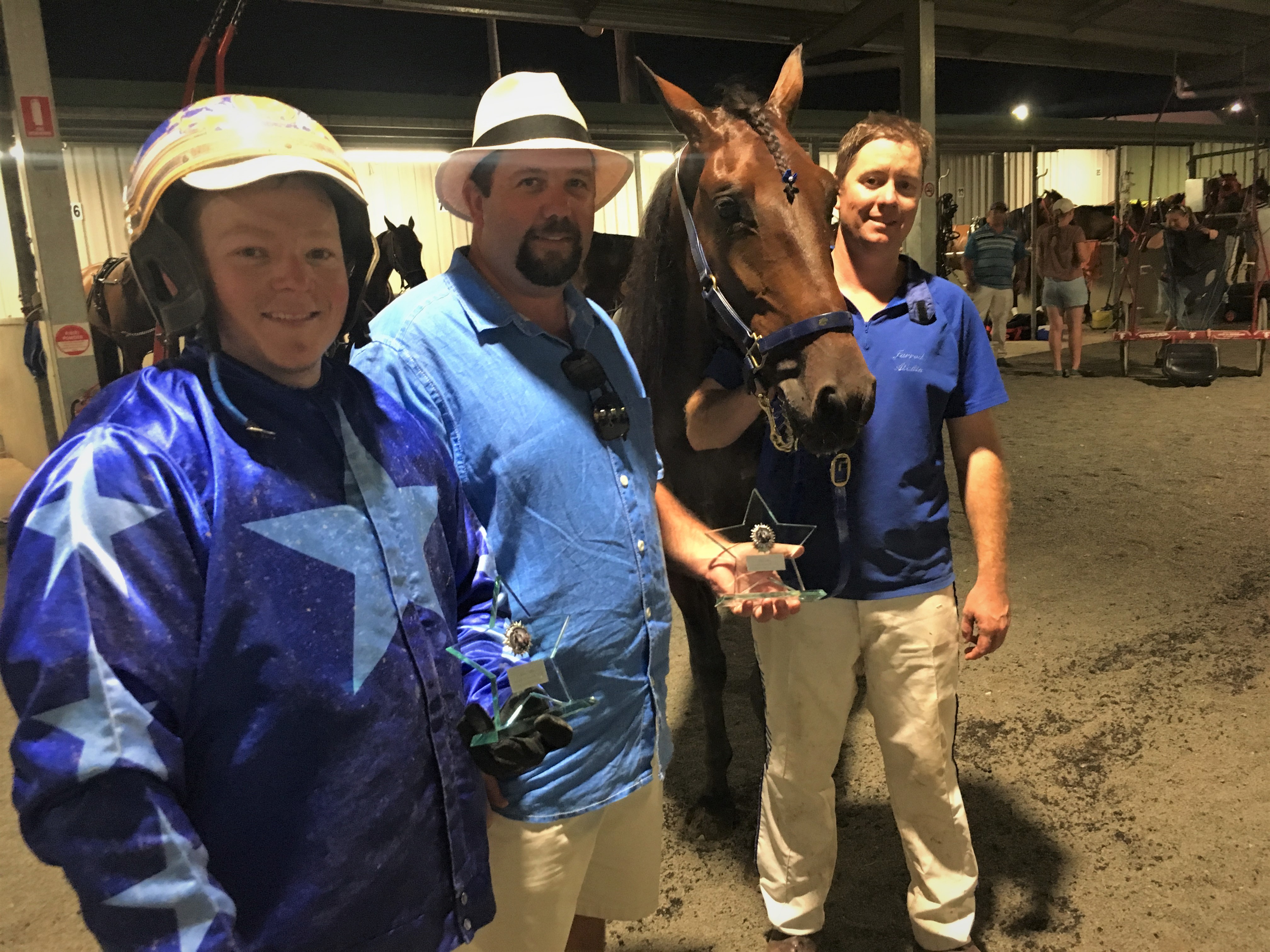 Alchin2 Tamworth29
“WE thought we could win the race last year but were beaten, so it is good to come back and win it this year.”...

“WE thought we could win the race last year but were beaten, so it is good to come back and win it this year.”

Those were the sentiments of Menangle Park trainer Jarrod Alchin after My Ultimate Star won the Hygain Star maker Three-Year-Old Final in Tamworth last night.

“I was in the race as well and My Ultimate Star was back in the field a bit but he seemed to do a really good job,” Alchin said.

“There is plenty of upside about him and I am pretty rapt with how the horse has gone . . . Brad said he was still in first gear at the finish.”

Alchin had charge of stablemate My Ultimate Bondi in the feature race and retained the services of Maitland reinsman Brad Elder for My Ultimate Star in the final after his previous success in the Prelude behind the Bettors Delight-The Crystal Star gelding.

“I was happy to draw the 11 barrier than being in the mix – they went pretty hard early,” Elder said. “But he was just too good.”

As in the Prelude, Elder placed My Ultimate Star to the back of the field, keeping a close eye on proceedings ahead of him.

“It was always about slipping around in the breeze when we could,” Elder said.

“He is too quick and just burnt them off – he is a super little horse and will go a long way.

“He went like a machine last week and I knew he would do the same tonight.”

“He still had another gear left,” Elder said. “If he had something pushing him, I don’t know what he could have run around here.”

The trio had two runners engaged in last year’s Star Maker Final finishing second with My Ultimate Romeo and third with Our Ultimate Julie.

“I knew I was going to win the race as soon as the fields came out – all we had to do was stay out of trouble and no matter what happened he was always going to win,” grinned Elder.

“I drove our Ultimate Julie last year for Jarrod in the Final – we won the heat but got rolled in the final so that is my first win in this feature.

“I have had a good run here and Tamworth always puts on a good Carnival.”

As an added bonus Brad Elder made his way into the Multiquip Group Two Golden Guitar Final after the win of Ashark in the fifth heat, trained by his sister Melanie Elder at Maitland.