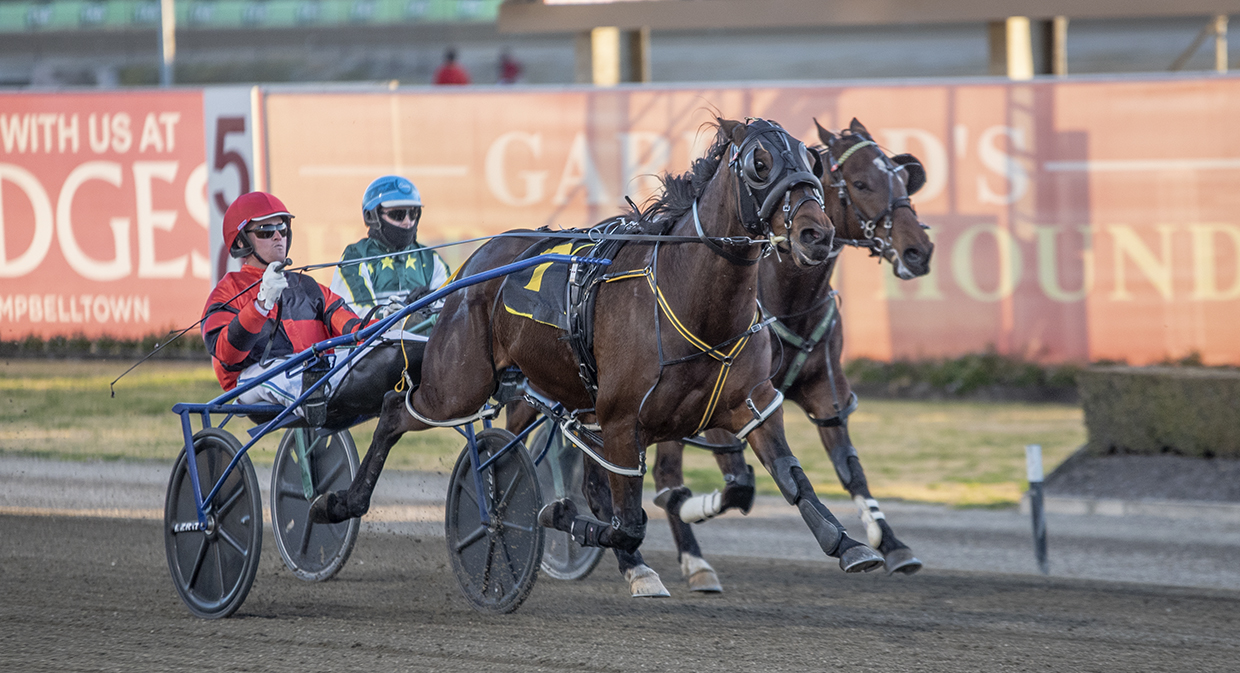 CONSISTENT pacer Royal Gamble is in a prime position to register an overdue win tonight. Among the placings at seven of his last eight...

CONSISTENT pacer Royal Gamble is in a prime position to register an overdue win tonight.

Among the placings at seven of his last eight starts – while finishing fourth during the other outing – Royal Gamble will contest the opening event at Club Menangle.

To connections’ delight, the Mark Callaghan-trained gelding will begin from the pole over 1609 metres with the horseman’s son Jack to hold the reins.

“He should be very competitive from there,” Jack said. “He has been racing well enough from bad draws so hopefully luck will be on his side tonight.

“It is a good draw and I will come out to make use of it.

“I don’t have a set plan, but leading is not the be all and end all as he is versatile and has options.”

The son of Bettors Delight is the $2.20 favourite with TAB Fixed Odds, with Island Banner considered the main threat at $3.80.

A member of the all-conquering Craig Cross stable, Island Banner will come from barrier nine.

While he considers Island Banner the biggest danger, Callaghan is wary of Im Feeling Firey from gate seven.

Im Feeling Firey is listed at $14 with TAB Fixed Odds.

“Island Banner is always competitive in this class and will be again despite drawing wide,” Callaghan said.

“Im Feeling Firey’s last couple of starts were better than what they look on paper and he is one to watch.

“This is by no means and easy race but Royal Gamble will give it a good show.

“He gives his all every time he steps on to the track.”

Trainer last to learn of Group One victory
Hannah joins a long list of family winners
Will finishing second be good enough?
Bride on the track, but when is the wedding?
About author