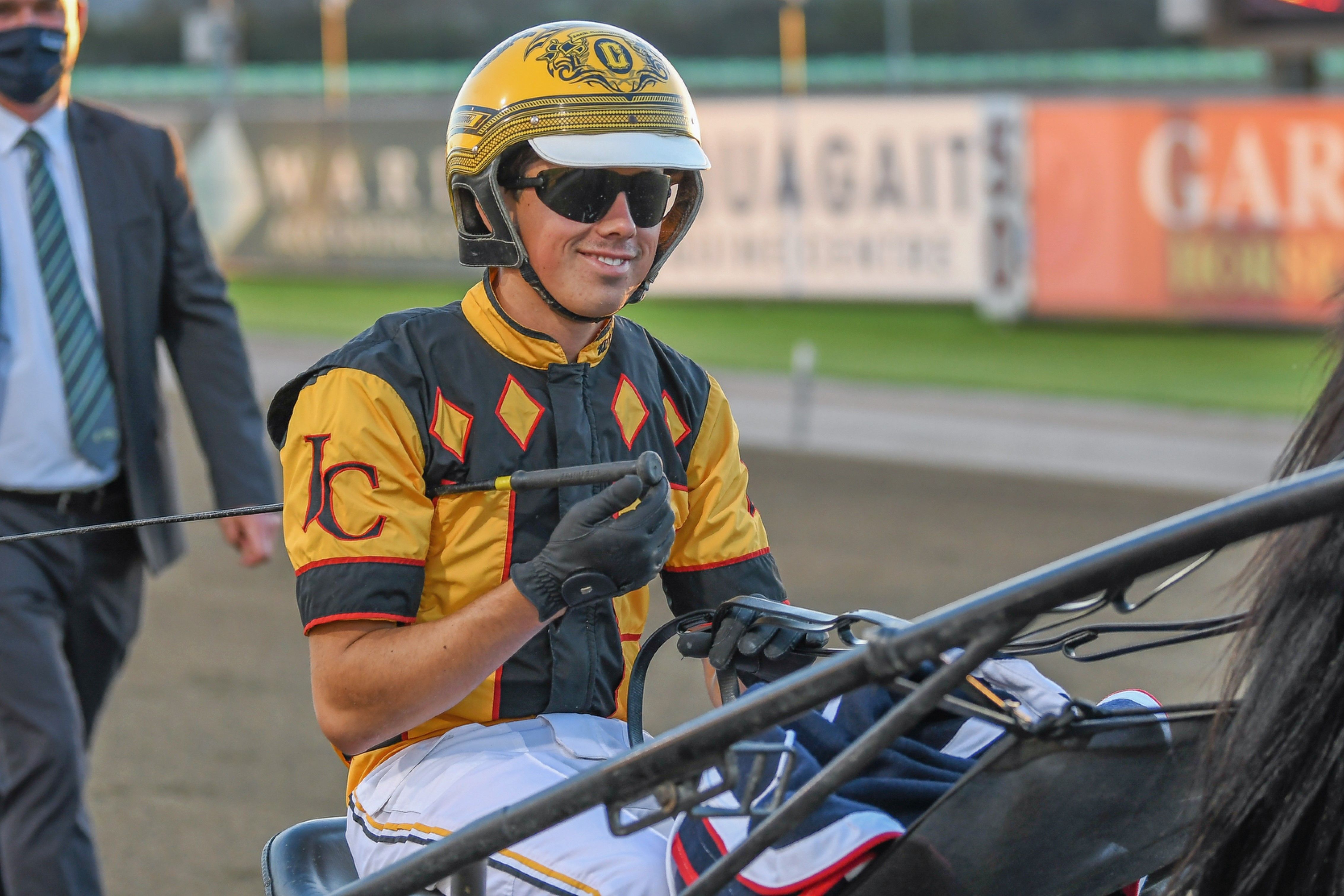 Jack’s right at home in the Group Ones

Amazingly, that was the second time Callaghan had achieved the feat, which is a testament to his talent in the sulky.

What was even more impressive about what Callaghan achieved was that those winners came from the stables of four different trainers.

“I drove five winners in April last year when regionalisation was in place so to achieve the feat when up against both local and Sydney drivers makes it all the more satisfying,” said Callaghan, whose father Mark was a star young driver back when he was a regular in the winner’s circle at Harold Park.

Jack is heading into one of the biggest weekends he has faced in his short driving career as not only does he have five drives at Newcastle tonight, but he will head to Tabcorp Park Menangle where he also has five drives, three of which are in Group 1 races.

“It is so flattering to be given the opportunity to take part in the big races tomorrow night,” he said.

“I am driving three for my boss, Belinda McCarthy.

“The team at Cobbitty has given me some massive opportunities in town and placed a lot of trust in me as a driver.

“You just cannot under-estimate how the experience driving good horses against top drivers improves your own driving ability . . . and now that is all paying off for me.”

Callaghan heads back to Newcastle tonight, confident that he has a strong book of drives.

“I am heading home where I will drive three for my Dad, all of which I feel have good each-way chances”.

“Courageous Dancer (Race 3) does appear to be my best chance of winning even though his form doesn’t appear that flash.

“I also fancy Royal Gamble (Race 5) as his first-up run after a spell was pleasing.

“He is drawn wide tonight but I think he can overcome that.”

Callaghan said that the Ladyship Mile was the race he is most looking most forward to driving in this weekend.

“It is the most recognised feature race for mares in Australasia,” he said.

“My drive Dracarys will be at big odds but it is just awesome to be involved.

“I will be going out there hoping to do my family proud.”