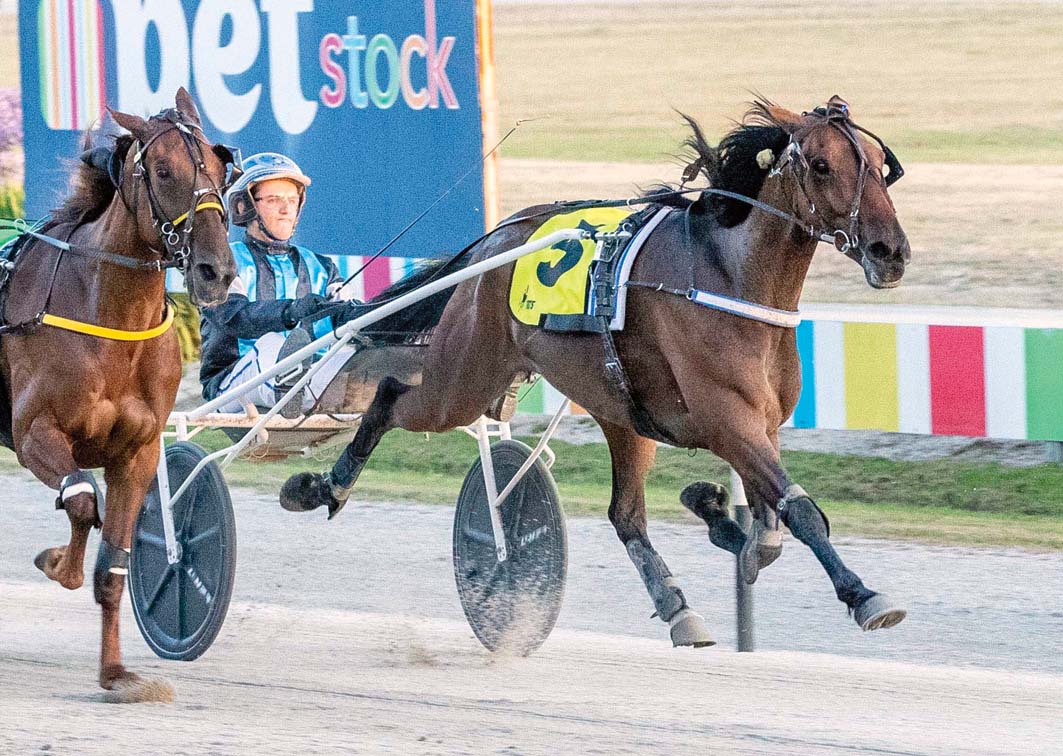 Back in search of overdue Group One triumph

THREE weeks ago Zac Phillips produced one of the best losing drives in modern memory.

Partnering Magicool, Phillips led from barrier five and almost ‘stole’ the Great Southern Star when beaten a half-neck by Tornado Valley along the sprint lane.

Phillips and Magicool will be back at Tabcorp Park Melton on Saturday night, with the trotter’s connections hoping to go one better as the pair compete in another Group One.

This time the duo are engaged in the Australasian Grand Prix where they have drawn gate four.

Stating Magicool “is in perfect condition” trainer Robbie O’Connell is positive the gelding can register a well-deserved top shelf victory.

“I couldn’t be happier with Carl,” O’Connell said. “His track work has been terrific and he is in perfect condition.

“He’s going every bit as good as he was in the Great Southern Star, now it’s a matter of getting the right run.”

As the unofficial trainer of Phillips, O’Connell is also confident the top reinsman can produce the ‘magicool’ steer required in the 2240-metre feature.

Unlike the vast majority of participants Phillips wasn’t born into harness racing, but gained his interest through his father Lucky’s friendship with O’Connell.

O’Connell and Lucky have “knocked around since we were kids”.

After spending the majority of his teenage years in Queensland, Phillips returned to Melbourne where he soon discovered his passion and talent for driving while spending time at O’Connell’s stable.

Although he finished unceremoniously last upon debut, Phillips quickly found his way into the winners’ circle, scoring with the O’Connell-trained Driving Withtess at Bendigo on July 14, 2012.

“I’ve known Zac since forever,” O’Connell said. “He is in terrific form and I’ve got no doubt I’ve got the right driver in the cart on Saturday night.”