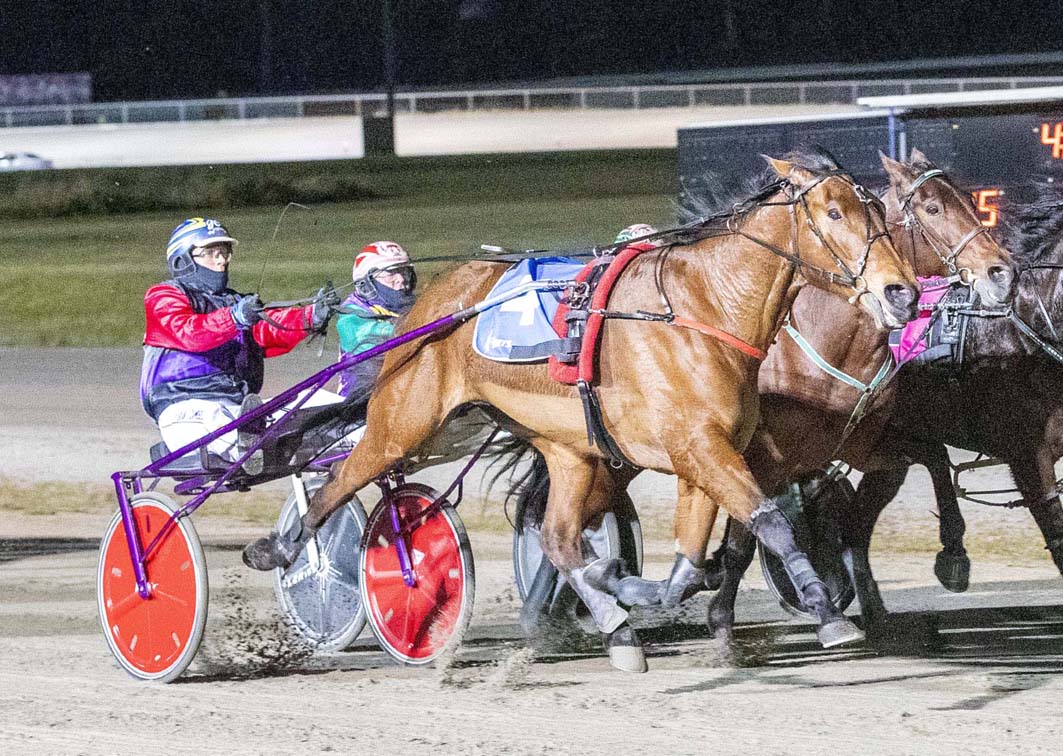 Still got something to prove before Inter campaign

GIVEN today’s phenomenal performance it’s hard to believe The Penny Drops has something to prove. Yet according to the trotter’s trainer Ray Harvey, The...

GIVEN today’s phenomenal performance it’s hard to believe The Penny Drops has something to prove.

Yet according to the trotter’s trainer Ray Harvey, The Penny Drops still has questions to be answered.

As he sets his sights on the prestigious Inter Dominion, Harvey wants to be sure The Penny Drops can prove competitive against the best from mobile starts.

Opening heats of the time honoured Championship are scheduled to be conducted at Club Menangle on November 27.

The Penny Drops has been in sensational form in recent weeks, with his effort in the Maryborough Trotters’ Cup completing a hat-trick of provincial features.

“He is in terrific form and I couldn’t be happier with him,” Harvey said. “He’s in a real zone and just racing with so much confidence.

“His wins have been great, but they have also been in stands and I want to make sure he is just as competitive from mobiles before we go to Sydney for the Inter Dominion.

“With that in mind, I will put him in the free-for-all in Maryborough next week and see how he goes.”

As for his latest victory, The Penny Drops was given time to settle into his stride from his 10-metre handicap before Grant Campbell sent the five-year-old forward to test the leader, Robbie Royale, from the ‘death seat’.

Appearing to be under pressure turning for home as the front runner strode 10 metres clear, The Penny Drops showed a tremendous amount of intestinal fortitude to fight back and score by a half-neck from Robbie Royale.

“At the top of the straight I thought he was beaten,” Harvey said. “Once straightened, he just knuckled down and kept finding like a good horse.

“He’s pulled up tired, but that’s to be expected after he gave his all on the track.”

Let’s hear it for the girls!
‘Major’ pulls rank in Gold Nugget
Pacing sensational sold to US interests
Hoping history can repeat itself
About author